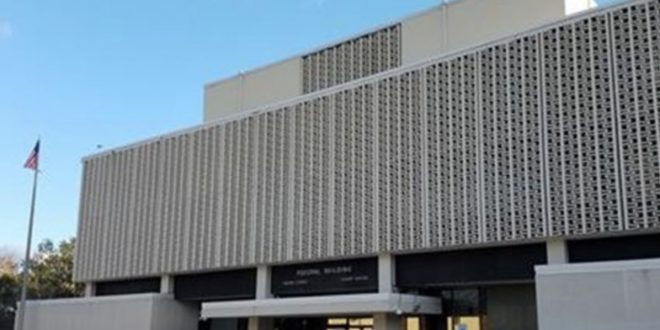 September 13, 2022 Business and development, Coronavirus, Heard It On WUFT-FM, Law and public safety

An international blimp magnate in north-central Florida will be sentenced in January in federal court after he pleaded guilty to defrauding the federal government of nearly $8 million in relief aid meant to help average Americans during the height of the COVID-19 pandemic, according to court records.

Executive Patrick P. Walsh, 41, of Williston, Florida, pleaded guilty to one count of wire fraud and one count of money laundering at the federal courthouse in Gainesville two weeks ago. The judge allowed him to remain free until he is sentenced at the end of January.

Among other expenses, Walsh used some of the money to buy a private two-acre island in the Gulf of Mexico off the coast of Yankeetown, Florida, prosecutors said. He also put a downpayment on a luxury ski lodge in Jackson Hole, Wyoming, and paid off the 78-acre farm where he lives south of Gainesville, according to court records.

The Justice Department said it will demand that Walsh turn over to the U.S. government all the property he purchased, including the island, known as “Sweetheart Island.”

Walsh is the owner of several companies, including AirSign AirShip Group LLC, which he described as the world’s largest airship company. AirSign bought the American Blimp Corp., the nation’s largest blimp manufacturer, in 2017. AirSign’s blimps can be seen in the skies at the Super Bowl and the Indianapolis 500, Walsh said.

Despite his plea and signed court records spelling out the fraud, Walsh said in a phone interview Tuesday night he did not believe he was committing a crime. He said he made risky and aggressive business decisions that he now admits were “idiotic.” He acknowledged he should have relied on experienced consultants to help with his loan applications instead of taking what he called “unnecessary risks” with poor strategy.

Walsh admitted defrauding the government of $7.8 million through the Paycheck Protection Program and Economic Injury Disaster Loan Program, two federal loan initiatives. They were intended to help business owners continue to pay their employees during the economic crisis caused by the pandemic instead of laying them off.

Prosecutors said Walsh filed false loan applications with the Small Business Administration and various banks in 2020 in which he overstated the number of his employees, average payroll expenses and gross revenue at 20 business entities by duplicating employee information so he could secure larger loans, according to court records.

Some parts of his fraudulent loan applications were easy to detect eventually: Prosecutors said he submitted falsified IRS forms that he had never actually submitted to the IRS and listed inflated salaries for employees that state revenue records could not confirm. After he learned he was under investigation, Walsh submitted some overdue tax forms to the IRS but the details on them were falsified, prosecutors said.

Walsh requested loans totaling $11.9 million and ultimately obtained $4.9 million in loans for his companies based on his falsified applications, including IRS forms that Walsh personally signed, court records said.

Walsh obtained $2.8 million in Economic Injury Disaster Loans under his name and that of his wife, Hannah Walsh, without her knowledge or consent, by overstating company employee numbers and gross revenue totals, prosecutors said. Walsh received total loans of just over $7.8 million out of a requested total of $14.7 million, according to federal court records. Walsh stated that he spent all of the money on employees and operations to keep his businesses open.

Walsh said all the companies he used to apply for PPP loans were legitimate, but he would not offer the same assurances for the companies used for the disaster loans. Walsh said the entities weren’t shell companies but acknowledged they had limited business activities and carried few assets.

Walsh said his companies are largely organized under the Airsight Airship Group, with other companies such as Airsign Airship Asia Pacific serving as divisions with different functions.

Prosecutors said Walsh fraudulently applied for some of the loans in the name of his wife, Hannah, even though she was unaware of it. Walsh said in the interview the situation is upsetting and challenging for his wife and children. Walsh is a father of 11.

Walsh initially pleaded not guilty to all charges but changed his plea as part of an agreement with prosecutors. Walsh said the agreement from the Justice Department offering a lesser sentence was fair and reasonable.
___
This is a breaking news story. Check back for further developments. Contact WUFT News by calling 352-392-6397 or emailing news@wuft.org.

Silas is a reporter for WUFT News who can be reached by calling 352-392-6397 or emailing news@wuft.org.
Previous Gainesville man accused of threatening city officials
Next The Point, Sept. 14, 2022: Gainesville police arrest man over threats about city’s zoning plan 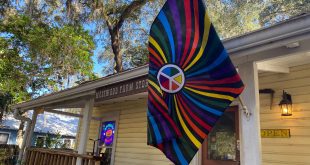