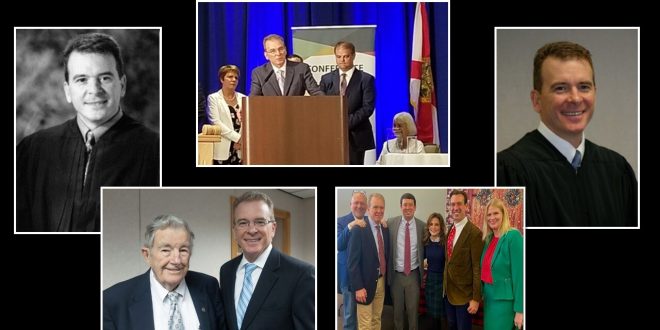 Court vacancies occur because of resignations, retirement, death, elevation of a sitting judge or newly created judgeship. According to a tweet by the Eighth Circuit Court, Willaims announced his retirement in December.

The commission is searching for applicants who meet county court judge qualifications under the Florida Constitution and Florida statutes. Applicants must submit two copies of a completed PDF application via email to norm@normfugatepa.com, the Eighth Circuit Chair for the commission.

According to the Florida Bar’s press release on Tuesday, one of the PDF copies of the application should be in a redacted form, meaning all confidential information is censored, as well as any information exempt from the public right of access under the Florida Constitution. Photographs are encouraged when submitting applications.

Once notified of the vacancy, the governor requests the chair of the Judicial Nominating Commission to gather the rest of the members to select an eligible candidate. The commission has no more than 60 day period from the request of the governor to nominate candidates.

Each candidate undergoes an investigation by the commission to confirm eligibility for the position. Once an applicant shows eligibility, the commission conducts interviews to help narrow down potential nominees to the governor.

The commission can nominate three to six applicants, which are selected by a majority vote.
The commission’s deadline for applications is Jan. 31, 2022, at noon. Tentative interviews for applicants selected are set for Feb. 10. Application forms are available to download through the Florida Governor’s Judicial Nominating Commission Information website.

Melissa is a reporter for WUFT News who can be reached by calling 352-392-6397 or emailing news@wuft.org.
Previous The Point, Jan. 18, 2022: MLK descendants say ‘no celebration without legislation’ for voting rights
Next The Point, Jan. 19, 2022: How the Florida governor’s proposed congressional map could change redistricting