Tuesday’s election result for Gainesville’s City Commission At-Large Seat B means another round of voting lies ahead in January for city voters.

Neither of the two leading vote-getters, Cynthia Chestnut and Matt Howland, captured 50.1%, triggering a runoff in early 2022. It’s scheduled for Jan. 25.

Kim Barton, Alachua County’s supervisor of elections, stated that there was a significant turnout at early voting. This year, there was an overwhelming amount of mail in ballots, accounting for 65.76% of total votes.

Out of 89,785 voters registered in the city, just 11,736 ballots were cast, for a 13% overall turnout. Eleven votes had to be thrown out because the ballots were either not fully completed or had voted for more than one candidate, according to Barton.

When counting the ballots, the canvassing board, which oversees the integrity of the electoral process, noticed that there was an extra ballot compared to the total turnout. This discrepancy is still under investigation.

Chestnut had received 46.06% of votes and Howland had received 41.28% out of the total 11,724 votes cast according to the tally on the Alachua Turnout Tracker. The number on the website only accounts for write-in ballots, said Mayor Lauren Poe, who was present while the canvassing board was counting votes.

At his election watch party, Howland stated that he is honored to face Chestnut in the runoff and isn’t worried, as he  already believes his campaign was a success.

“No one’s going to work harder than I will, and I think we proved that over the last 10 weeks,” he said. “Tomorrow morning, I’ll have a coffee and some conversations and we’ll get right back to work.”

Chestnut also declared at her watch party that her campaign was a success and looks forward to the January runoff election.

The Supervisor of Elections Office will again offer three days of early voting for the runoff, beginning Jan. 21.

Jacquelyn is a reporter for WUFT News who can be reached by calling 352-392-6397 or emailing news@wuft.org.
Previous Majority vote not reached in Gainesville special election, will require a runoff election in January
Next The Point, Nov. 17, 2021: Gainesville’s contest for the open city commissioner seat heads to a runoff 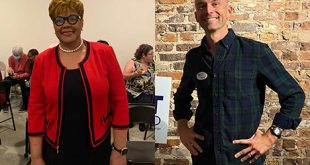 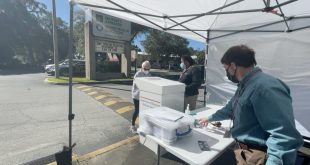