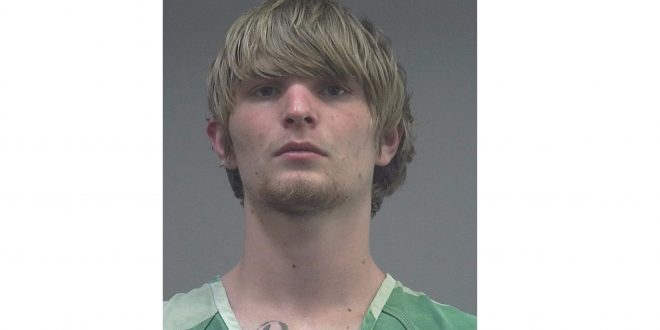 A week ago, Joshua Imel posted on his Facebook page, “Stack this money, I gotta family to feed.”

The unmarried 23-year-old was arrested Thursday after police said he used a fake credit card at a Gainesville hotel. Imel was staying at the Fairfield Inn, 3877 SW 37 Blvd., when the manager asked the police to remove him shortly after 1 a.m., according to a Gainesville Police Department arrest report.

The assistant general manager on duty, Adam McGovern, suspected that Imel was going to use a fraudulent credit card. Imel, of Saint Mary, Ohio, had used a fake card at the same hotel three days prior.

The backpack also contained a device used for making fake credit cards and a manual on how and where to retrieve credit card information.

Gainesville Police Sgt. Detective Nick Ferrara said these machines work by encoding credit card information onto a physical card. He said the type of card could be anything with a magnetic strip, even a hotel key card or gift card.

“If you know what you’re doing, and you know what information needs to go on a credit card, it’s just a matter of cut-and-paste,” Ferrara said. “It’s usually just two lines of data.”

According to the arrest report, Imel told police that he buys personal information off of local people and the internet to make the credit cards.

Ferrara said this information can be bought off what’s known as the dark web, which can only be accessed through certain computers, and that it mostly comes from fraud victims.

“It could come from credit card skimmers, a gas pump, a data breach,” Ferrara said. “Card information could be skimmed anywhere.”

Imel has not been convicted of any prior felonies in Florida. Pretrial documents list Imel as a self-employed music producer. Imel’s website states that “most know me by my stage name, J-Mill$.”

Imel said on his website that he graduated from Los Angeles Film School with an associate degree in music production after withdrawing from Full Sail University in Winter Park. He wrote that “in the next few years I will achieve, being nominated and winning several Grammy awards.”

He also advertises a tax filing service on his Facebook page and invites friends to message him to get their “maximum refund.”

Police charged Imel with 43 counts of trafficking in counterfeit cards. He is also charged with two counts of possession and transfer of credit cards, two counts of fraudulent use of a credit card, six counts of criminal use of personal identification information, four counts of unauthorized possession of unlawful acts in relation to a driver’s license and two counts of scheme to defraud.

He was booked into the Alachua County Jail just before 4 a.m. on Thursday and remains there on a $365,000 bond. The case has been assigned to Judge Phillip Pena, and Imel is being represented by the public defender’s office, according to court records.

Grace is a reporter for WUFT News who can be reached by calling 352-392-6397 or emailing news@wuft.org.
Previous The Point, Feb. 23, 2021: 20 Years Later, A Florida Man Awaits His Lawsuit Payout
Next Gainesville Launching New Recycling Inspection Team