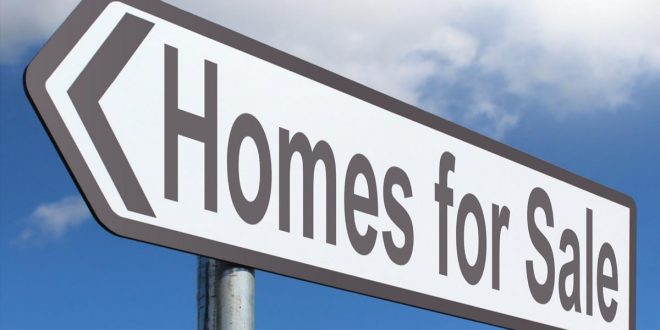 Marion County is experiencing a seller’s market that hasn't been seen since the mid-2000s. (Nick Youngson CC BY-SA 3.0 )

Marion County Real Estate Is Booming. Here Are The Factors Driving It

The Marion County real estate market apparently didn’t get the memo that the country went into a recession earlier this year.

It’s been in a boom since June.

Realtors and other industry members say new jobs coming to the county from companies like FedEx, Amazon, Chewys, and more are driving the demand for houses in the Ocala area and beyond.

The boom can be explained by new job opportunities, new construction of real estate, historically low interest rates, and movement from areas most affected by COVID-19 surges and shutdowns, including New York City, Nevada, California, and Michigan.

The most common age demographics moving to Marion County right now is working age individuals and families, between the ages of 18 and 65, according to interviews with realtors. That represents a shift from the county’s traditional status as an attractive relocation option for retirees.

The real estate boom has not come without complications.

Melissa Gibson is a real estate agent for Sellstate Next Generation Realty in Ocala. She said properties in “55 plus communities are having a very hard time selling right now.”

That shift is a result of a gradually changing perception of Ocala away from its historic reputation as a retirement community.

“There are normally 6,000 houses available on the market in Marion County every year, but right now there are less than 2,300 available,” said Joe Vorwerk, member of the Marion County Economic Development Council and broker for the same realty company for which Gibson works.

Some of that has to do with materials supply.

“New Construction is going as fast as they can build it,” Vorwerk said. “We’re having challenges finding subcontractors, lumber prices are up 50%, but the biggest challenge is working with lenders because they are extremely busy and hard to reach right now.”

There have been real estate market surprises during the coronavirus era. Perhaps the most notable is buyers becoming increasingly comfortable with making offers on houses sight-unseen.

For the realtor, Vorwerk said, “It makes their job more challenging because the buyer has to be able to trust them.”

An increase of popularity in technology such as Zoom, Webex, FaceTime, and Microsoft Teams have contributed to this trend.

There has also been a large increase in the number of cash deals made on house purchases.

Gibson said agents are sometimes working with three houses at the same time because of how quickly these transactions are happening.

“The biggest challenge right now is the chain effect occurring when buying or listing houses,” she said. “There are so many agents, appraisers, and lenders involved because houses are being bought sometimes within one day of posting on the market.”

It’s a seller’s market unlike most have seen since the mid-2000s.

One trend on the horizon is also a move toward multifamily housing, with more construction and condominiums

Austin is a reporter for WUFT News who can be reached by calling 352-392-6397 or emailing news@wuft.org.
Previous Climate Change Resource From UF IFAS Focuses On The Facts
Next New Florida Rules Would Tighten Restrictions On Invasive Reptiles