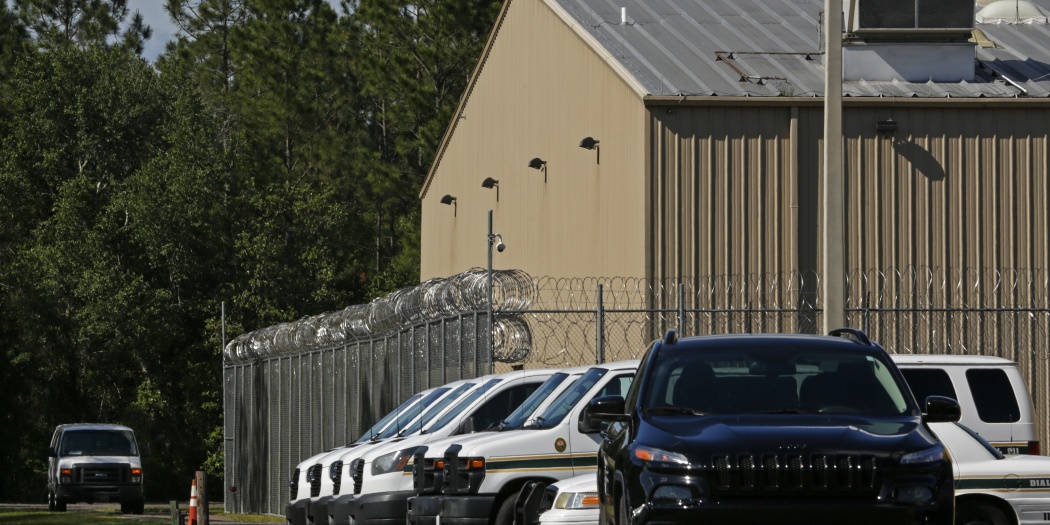 GAINESVILLE, Fla. – An organization representing immigration attorneys is suing the Trump administration, saying it puts lawyers and immigrants at risk by not relaxing legal deadlines during the pandemic.

One of the lawyers named in the case is Tammy Fox-Isicoff of Miami. She worries about meeting deadlines for immigrants who cannot access necessary paperwork. She said a client in Key West was applying for a battered spouse petition but can’t retrieve documents to prove the marriage and abuse.

Fox-Isicoff said many foreigners came to Florida on vacation but are stuck as flights are canceled. Clients ask her the same question at least three times a day: “I can’t leave. What do I do?”

The American Immigration Lawyers Association sued the Department of Homeland Security and U.S. Citizenship and Immigration Services on Friday to freeze immigration deadlines like visa applications and work authorization renewals.

Despite federal health recommendations to work from home and shelter-in-place orders, immigration attorneys were being expected to meet deadlines to prevent their clients from falling out of status, said Jesse Bless, the AILA director of federal litigation. Lawyers are caught in a Catch-22, Bless said: Break quarantine or fail their clients.

“We’re just asking for the agency to hit pause like we all had to do with our own lives,” he said.

Bless added that attorneys also represent thousands of foreign-born nurses, doctors and ambulance drivers who are at risk of losing work authorizations that may expire. Immigrants who fail to extend their H-1B visas lose their ability to work legally.

This lawsuit comes after AILA also sued the Department of Justice’s Executive Office for Immigration Review and U.S. Immigration and Customs Enforcement on March 30 to suspend in-person hearings for immigrants in custody. USCIS and DOJ did not respond to requests to comment on either lawsuit.

Matt O’Brien is the director of research for the Federation for American Immigration Reform, an anti-immigration organization that has been favorable toward President Trump’s hardline immigration policies. He criticized AILA’s lawsuit as an “absurd request” and said many government agencies remain operational despite the pandemic.

“It (the outbreak) does not, however, constitute a valid reason to abandon all border enforcement functions,” O’Brien wrote in an email.

USCIS has suspended all in-person services at its regional field offices, like citizenship interviews and fingerprint appointments, until May 3. Hearings for immigrants who are not in custody have been suspended, but detained cases continue as scheduled.

While many jails are releasing inmates to prevent outbreaks, ICE has not done the same for its detention facilities, which have historically been criticized for poor medical treatment even before the pandemic. ICE released a statement on March 18 saying the agency would not detain immigrants without criminal charges, however, reports of ICE agents continuing to make arrests still surfaced.

In Miami, Fox-Isicoff said a couple in their 70s is afraid to return to northern Italy if their visa isn’t extended. She took a call from another person whose Canadian in-laws are in their 80s and cannot fly back home. A friend from Guayaquil, Ecuador, does not want to return after reports of corpses left on sidewalks.

She said AILA has been asking the agency to postpone deadlines for weeks but to no avail. Up until about two weeks ago, she has had to get in-person signatures from clients while living with at-risk family members.

“This lawsuit was not our first option,” she said. “It was our very last option.”

This story was produced by Fresh Take Florida, a news service of the University of Florida College of Journalism and Communications. The reporter can be reached at arosa@freshtakeflorida.com

Amanda is a reporter for WUFT News who can be reached by calling 352-392-6397 or emailing news@wuft.org.
Previous Law Enforcement Cracks Down On Price Gouging, Pursues Virus-Related Fraud
Next Switching To Telehealth During The COVID-19 Pandemic

In a closely watched case about how to apply a constitutional amendment that expanded victims’ rights, a Leon County circuit judge on Thursday agreed to at least temporarily keep secret the identities of two Tallahassee police officers involved in use-of-force incidents.