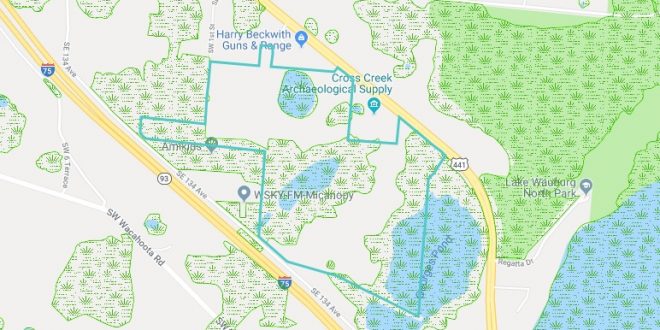 In the latest of a nearly two-year process to sell the county-owned Camp McConnell property, the board of Alachua County Commissioners discussed putting a conservation easement on the property at a meeting Tuesday.

The decision came in lieu of a public hearing meeting to discuss selling it to a South Florida group.

The county originally purchased the 212-acre former-YMCA camp on July, 21 2017, for just over $1 million using Wild Spaces Public Places funds, with the full intention of reselling it. During a special meeting of the board on April 9 of this year, the county listed two major contenders in the running for purchase, in order of the commission’s choice: BaseCamp Ventures of Ocala and Friendship Circle of North Broward and South Palm Beach, a Jewish organization that operates camps for those with special needs.

County commissioner Robert Hutchinson suggested a conservation easement be applied to the entirety of the property, calling the easement an “enforceable and well-known tool,” in lieu of rezoning. The easement would prevent activities such as mining and clear-cutting of the land, but can be customized to allow specific activities on some parts of the property while barring activities in other areas.

Alachua County spokesman Mark Sexton said the public hearing meeting was canceled because additional clarification from the board was needed before going forward with negotiations. A conservation easement was always part of the discussion for the property.

“The intention is to allow camping operations in the area and to conserve the wild nature of the wooded area,” Sexton said.

The board agreed the finalized conservation easement would be put into a registry, which would not allow future commissions to change it without public input.

“The commission wanted to make sure that it would take more than a motion and three votes to change it,” Sexton said.

County attorney Sylvia Torres offered the option of including a reverter clause to the sales agreement, which would bar a purchaser from buying the land and not putting it to use. The board declined to include such a clause.

“The current agreed to amount is $1,025,000. If you will remember, we purchased the property for $1,027,000, so I apologize for not getting the other $2,000, but with that you get a conservation easement on the entire property,” assistant county manager Tommy Crosby said at the meeting.

“I want to put camps there. That’s all my interest is,” Biston said.

Sexton said a final sales agreement between Friendship Circle and the county, including the stipulations of the conservation easement, is expected at the Aug. 13 county commission meeting.

Rachael Schirmer is a general assignment reporter for WUFT. She can be reached at news@wuft.org or (352)294-6397
Previous The Point, July 11, 2019: The Full Cost Of Preparing Florida To Fight Effects Of Climate Change Remains Unknown
Next Jul. 11, 2019: Morning News In 90