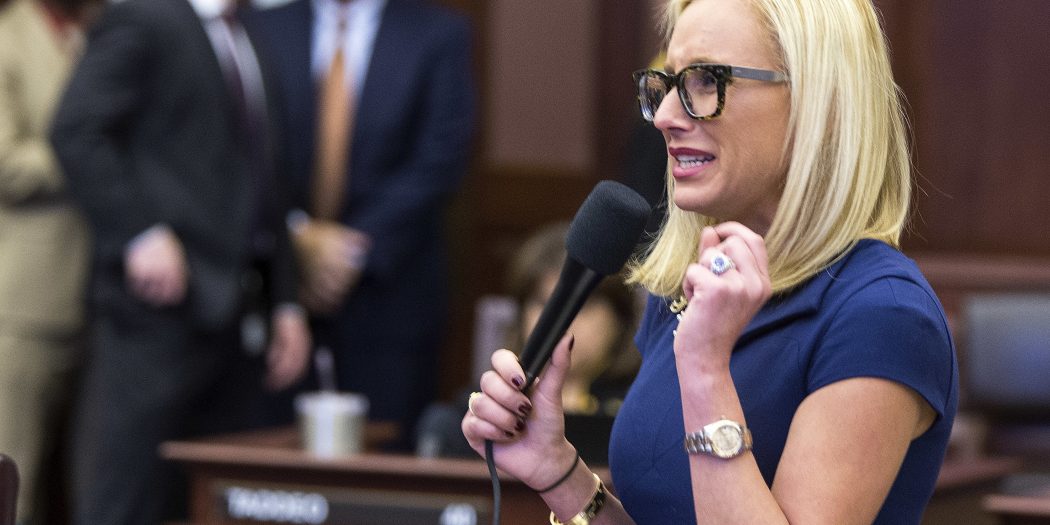 A Florida bill to ban childlike sex dolls passed its third Senate committee on Wednesday and is headed to the Senate floor.

Book filed the bill in 2018, but it died in the Senate Criminal Justice Committee. This time around it has made it through that committee, plus two others. With a House companion bill (HB 1107), Book believes it stands a chance to pass this time.

“The issue of child sex dolls has been discussed nationally and internationally. Is this a good tool to help reduce instances of abuse, or does it feed into the pathology of a predator and increase their sexually deviant desires?” Book said in a statement. “The impetus for this legislation comes from research that has found that use of child pornography increases the risk of recidivism.”

The justification for her bill comes from a study by University of Ottawa researchers that concluded the “frequency of pornography use was primarily a risk factor for higher-risk offenders.”

“It’s like tempting an addict with their drug of choice,” Book said during the Senate Rules Committee meeting on Wednesday. “These kids deserve being protected.”

“I am automatically suspicious of cherry-picking a research to prove a point,” he said. “It’s the slippery slope argument, that oh, if he has a doll it’s encouraging his pathology and it’s indulging him. We’re egging him on. And it’s absurd. There is absolutely no evidence to prove that case.”

He said since there’s no victim involved, it shouldn’t be considered child pornography, but rather a sex toy, and sometimes can be beneficial.

“This can be a therapeutic tool that can give them a sexual outlet and decrease the chances that they may act out on an impulse and molest a kid,” Siegel said. “I am more comfortable with the thought of a pedophile at home screwing a bag of nuts and bolts than hanging around the school yard with a bag of candy.”

Rep. Mike Gottlieb, D-Plantation, who sponsored an identical bill in the House, said despite other opinions, the ban is necessary.

“You’re going to find studies either way. I don’t think that we are going to be encouraging more people to act out in an inappropriate manner by depriving them of a childlike sex doll,” Gottlieb said.

At a national level, the ban was considered last year as a part of the CREEPER Act introduced by former congressman Dan Donovan, a Republican from Staten Island. The bill focused solely on banning the importation and transportation of the dolls, as well as child sex robots. It passed the House, but has yet to move in the Senate.

“The dolls and robots not only lead to rape, but they make rape easier by teaching the rapist about how to overcome resistance and subdue the victim,” the bill reads.

Child sex dolls are usually made overseas, shipped to America and sold through online retailers, such as the Japanese website Trottla. They “resemble actual children” with fake eyelashes and hair.

Trottla did not respond to two emails seeking comment.

Craig Crenshaw, a registered sexual offender in Florida, said he supports the ban. The 65-year-old was convicted of sexual battery on a teen in 1987.

“I would support banning those ‘cause children aren’t sex toys,” he said.