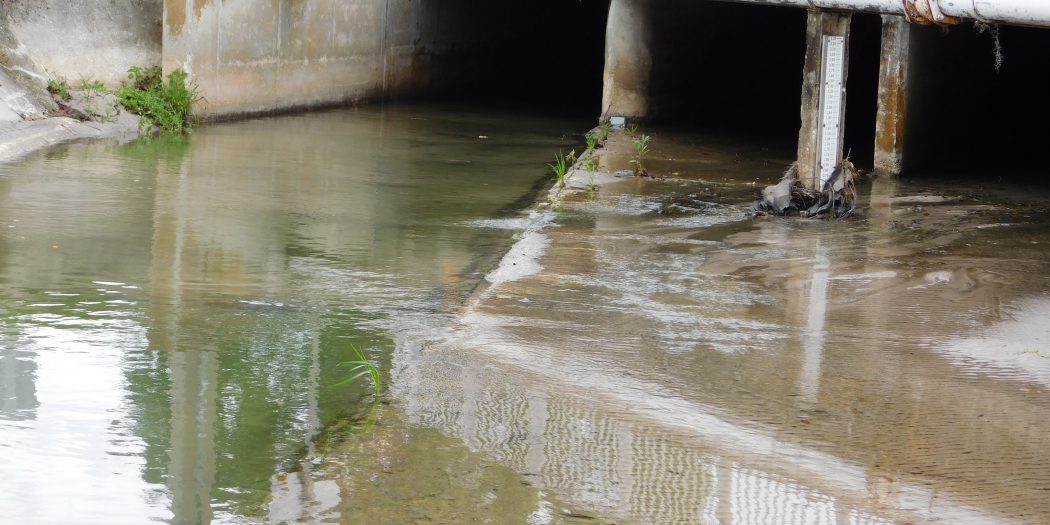 Protective gloves and boots are not usual attire for a kayak trip down most of Florida’s creeks and rivers. But for the volunteers picking up trash on Tumblin Creek on March 17 the precautions were necessary — to avoid fecal bacteria infection.

Tumblin Creek wasn’t the only body of water that got a face lift from volunteers during the annual Clean Creek Revival, but it did have the distinction of being contaminated with an unseen fecal coliform bacteria in addition to plastic bottles and metal cans. Fecal coliform bacteria is found in human and animal waste and contamination of this bacteria in creeks has led the city to post signs that warn people not to touch the water.

Megan Black, executive director of Current Problems, said nearly all creeks in the Gainesville area are considered “impaired.” This classification indicates that the water body has become so polluted that it no longer does its job properly, and county officials are taking notice.

However, Black said that local residents continue to wade out into the water anyway. Some look for fossilized shark teeth, like Black said she did as a child, without realizing their exposure to pollutants.

When a creek becomes “impaired,” the burden falls on the state to create a Basin Management Action Plan said Chris Bird, director of the Alachua County Environmental Protection Department.

The purpose of these action plans is to improve the quality of impaired creeks, primarily through cracking down on sources of pollution. Bird said the state has not thoroughly enacted plans for the Alachua County waterways as it has in The Everglades, Tampa Bay and other large areas.

Bird said that in heavily populated areas like Tampa Bay, fish were suddenly dying in large quantities due to pollution, leading to public outcry and more aggressive state action.

Bird called this type of mass fish death from pollution a “fish kill,” which has been reported to his office in regard to Bivens Arm lake in Gainesville. Bivens Arm is a state-sanctioned wildlife sanctuary, water-fed from Tumblin Creek. Water flows through south Gainesville near the southwest corner of the University of Florida and the Tumblin Watershed.

A watershed is an area of land where all storm water and runoff empty into a common water body. For 3.8 square miles of Gainesville, that water body is Tumblin Creek and then into Bivens Arm.

“Every watershed has its own personality, and what I mean by that is that the sources of pollution for every watershed are different,” Bird said.

For Tumblin Creek, Bird said the primary source of pollution appears to be pet waste. The large number of residential buildings in the Tumblin Creek Watershed result in a high levels of pet waste that is not properly disposed.

Gainesville Clean Water Partnership program coordinator Sally Adkins said that one way to help is to report littering or improper waste disposal by calling 352-264-6800 so that an inspector can get involved.

Black and Bird both emphasize the importance of bagging pet waste and throwing it out correctly. Black said many pet owners will not carry plastic bags to pick up waste. Other times, garbage, including bagged pet waste, is thrown into a dumpster or trash bin that is not lined by a bag. When this garbage goes into a dump truck, outside of a sturdy garbage bag, it can easily fly back out into the road.

“People think, ‘Well I only have one dog. It’s fine.’ But everywhere that your pet is going to the bathroom, that water is either draining down into the soil and coming out into the creek, just based on how our topography is,” Black said, “or it’s washing down into the gutter, down into the storm drains and into our creeks.”

The County Commission enacted a county-wide protection ordinance in January that prevents new development on wetlands. Overdevelopment within Gainesville’s wetlands has contributed to the runoff and pollution issues for Alachua County.

“We know now that the wetlands are our most economic filter,” Bird said.

In June, the county will discuss implementing a requirement for property developers to install storm water drains that better filter out pollutants.

“Because we have so many stream-to-sink systems here in Gainesville, and the source of our drinking water is the aquifer, we’re really protecting our own health and wellbeing by protecting the water that goes into the aquifer,” Adkins said.

Emma is a reporter for WUFT News who can be reached by calling 352-392-6397 or emailing news@wuft.org.
Previous Gainesville Students Voice their Perspective on School Safety
Next April 6, 2018: Morning News in 90