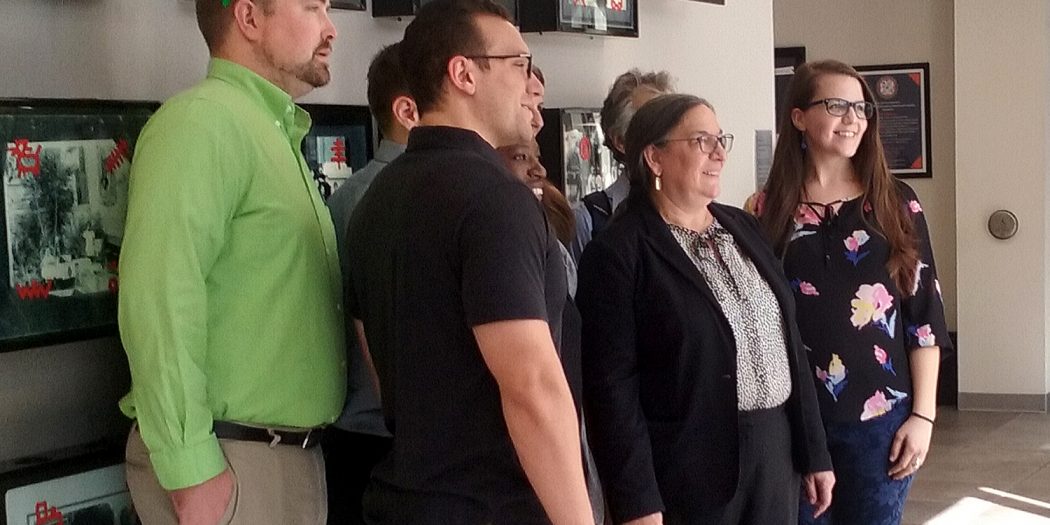 A food district, an arts district or even an innovation district with a place for a green technology center — these are the scenarios designed by a group of graduate students to revive a hazardous Superfund site.

A University of Florida class project is playing a part in helping an east-side Gainesville community decide how it might best improve the  Cabot-Koppers property, which is currently designated by the U.S. Environmental Protection Agency as a Superfund site.  Graduate students in the Urban Planning Studio class presented their ideas on developing the 140-acres area to Gainesville City Commissioners on Feb. 15.

Cabot-Koppers received an official Superfund designation in 1984 and official clean-up completion is slated for 2020.  The land was listed by the EPA because harmful chemicals from a former charcoal production company and a wood-treating facility contaminated the soil and groundwater.

The estimated cost of cleanup is around $55 million, according to the EPA .

Mariana Arias-Sanz, one of the graduate students who presented to city officials, described one concept as a food and arts district featuring restaurants, art spaces and a rail line. She presented another vision for an innovation district, similar to a traditional neighborhood with more homes, parks and small businesses. The property recreated as a green technology center would focus on sustainable energy, using solar panels, solar-powered research facilities and a personal rapid transit station.

The student group initiated surveys during neighborhood meetings to learn residents’ hopes for transforming the site.

“The community definitely needs to be involved because they’re going to be living next to it,” Arias-Sanz said.

Commissioners were buoyed by the ideas and followed their presentation with feedback and questions. Commissioner Harvey Budd wanted to know how many people could fit in proposed housing units. He also asked about potential interest from developers.

No definite plans have been set as the city continues discussions with developers and current land owners on what to do once the land is clean. That remains the chief concern for officials — making certain it is now clean.

Christopher Yanes, who investigated the site as a part of his master’s thesis at UF, said it was important that any future plans provide for a smooth transition into the existing neighborhood.

“Planners have an obligation to do best by the community, “ Yanes said.

UF professor Ruth Steiner leads the Urban Planning Studio class and has been doing research on the site since 2015. From August through December, this was the first class of students who crafted ideas and presentations for the Cabot-Koppers project.

“I wanted to give my students an interesting and challenging project,” she said.

Scott Miller, the current EPA project manager for the site, visited Steiner’s class twice to check on progress and add insight. Later, Steiner spoke with Wendy Thomas, the director of Gainesville Department of Doing, about partnering with the students who would get hands-on experience with public outreach and urban planning.

The student group also received input from Florence Buaku, a planning consultant for the Department of Doing who worked on a revamp of the Stephen Foster neighborhood.  She attended neighborhood meetings where residents spoke about the Cabot-Koppers site.

“We had a survey to let the people tell us how they wanted the neighborhood to move forward and even move the site forward,” Buaku said.

She said the research helped students understand city codes and the regulations that go into planning and building.

Robert Pearce, who has lived in the Stephen-Foster neighborhood for more than 12 years and has been president of its neighborhood association for 10 years, talked with the students about their plans and ideas.

“No singular idea will shape things, other than the inclusion of many ideas,” Pearce said.

He stays current on the clean-up process with maps and diagrams that detail the areas most effected and shows future soil conditions.

“We have got to take advantage of some very creative and imaginative thought,” Pearce said.

Tangela is a reporter for WUFT News who can be reached by calling 352-392-6397 or emailing news@wuft.org.
Previous March 19, 2018: Morning News In 90
Next Thunderstorm Slams Gilchrist, Levy County Residents With Power Outages