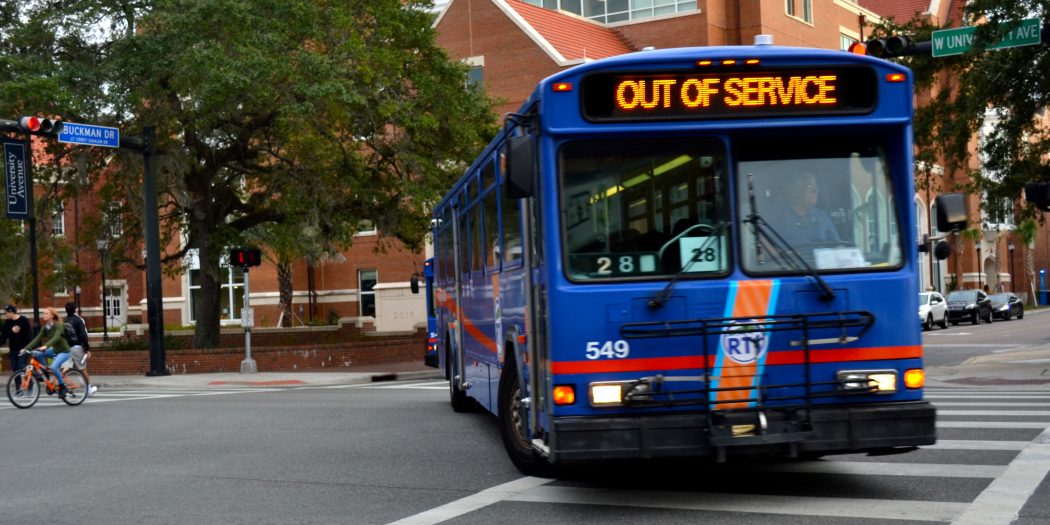 City Commissioner David Arreola said Smart City projects, like the autonomous shuttle, are the city’s way of taking huge steps in baby steps. “The expectation is to introduce a new way of getting around the city.” (WUFT News/Elayza Gonzalez)

The City of Gainesville held its 2018 State of the City Address Wednesday afternoon.

Mayor Lauren Poe and city officials highlighted 2017 and laid out their vision for Gainesville to become a new kind of city. They called it a new American city, and they focused heavily on how citizen-centered changes will make that goal reality.

“The purpose of our city is the people of our city,” City Manager Anthony Lyons said. “I firmly believe that no city can, in and of itself, become great until all of its citizens become greatly empowered.”

At least six transportation initiatives are underway through the Public Works Department and the University of Florida. Gainesville will deploy four self-driving shuttle buses between campus and downtown this spring. Lyons said this will improve the quality of life and save lives.

Lyons said these investments will save millions of dollars. They will provide safer streets, a cleaner environment, and will connect citizens to technology.

State and federal grants fund these advancements, according to Lyons, which should reduce the tax burden on residents.

The city is also taking over the maintenance and operation of Forest Park and will continue building the Cade Museum by Depot Park.

Mayor Poe also spoke about his partnership with five mayors and police chiefs from the National League of Cities aimed at keeping young black men out of the criminal justice system. Poe said they are working to reduce racial disparity by arresting fewer people. This will help protect officers and residents, he added.

Toward the end of the address, Poe reminisced on 2017. He said he has never been more proud of the community, than during the two state-of-emergency events – Hurricane Irma and Richard Spencer’s visit.

“At the end of the day, we each had each other’s backs,” Poe said. “And we looked good doing it.”

Residents and city employees planned, organized, communicated, repaired, served and protected, Poe said, to ensure those events came and went smoothly. The goal in 2018 is building on that success.

Kaitlyn Venezio is a reporter for WUFT News. She can be reached at news@wuft.org or 352-294-6397.
Previous North Central Florida Embarks On Annual Homelessness Survey
Next Jan. 25, 2018: Afternoon News In 90