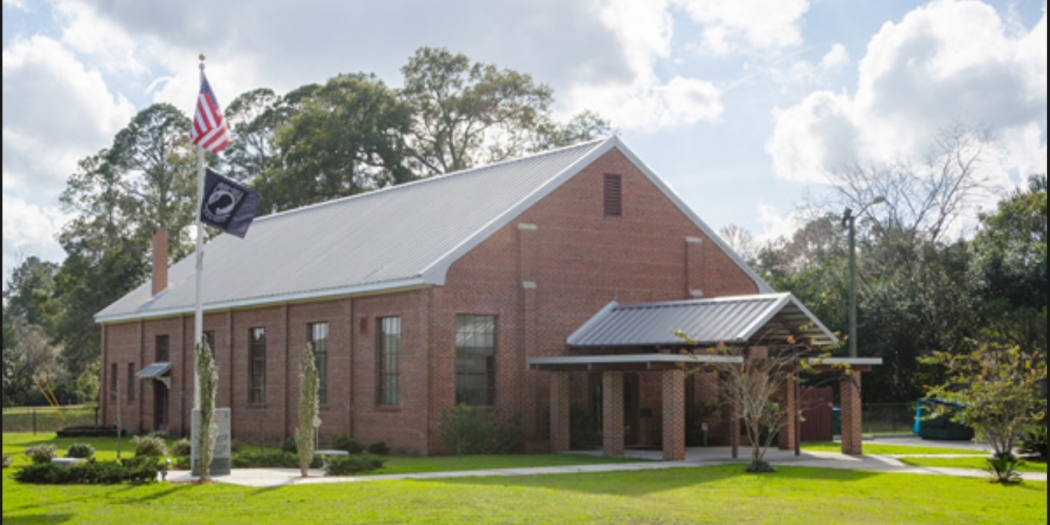 Almost one year ago, two thirds of American rural voters chose Donald Trump for president, and the rest is history. One small rural town in North Central Florida, however, is defying all the political norms.

Since 1996, the Democratic nominee for president has won Archer’s precinct each time, usually by a slim margin. In 2016, the two major candidates, Hillary Clinton and Donald Trump, were only separated by 3.81 percentage points, with the Democratic nominee coming out on top by only 80 votes. However, according to Archer’s citizens, these political differences don’t divide them.

Archer’s presidential voting data and attitude transcend national trends. According to NPR analysis using Rural-Urban Continuum Codes from the U.S. Department of Agriculture, rural towns (less than 2,500 people) near a metro area (in this case, Gainesville) voted for President Trump by a 2-1 margin last year. Archer, as it has been for decades, was different.

Seth C. McKee, an associate professor of political science at Texas Tech University, said he was very surprised to see the results from Archer’s precinct. The most likely reason, he said, is Archer has a higher proportion of African American citizens than surrounding areas.

McKee said African American voters tend to vote for the democratic candidate, and the correlation between race and party preference throughout the south is “incredibly tight.”

In January of 2008, McKee published a study titled, “Rural Voters and the Polarization of American Presidential Elections.” He said his research found that since 1996, rural voters have been trending toward the Republican Party at a high rate.

He said even if every African American in Archer voted for the democrat, those voters alone aren’t enough to swing the election. He said Archer must have a decent percentage of rural white voters choosing the Democratic Party every four years, which he hypothesizes could be attributed to a lower level of socio-economic status.

“It might be one of those situations,” McKee said, “in terms of class and status, it’s sort of this new deal alignment … where they’re attached to the Democratic Party.”

Even so, he said, Archer’s results are very unusual, especially for a rural community surrounded by Republican-leaning rural counties.

The two counties to the immediate west of Archer, for example, Levy and Gilchrist, voted for Trump by an overwhelming margin. The president received 80.1 percent of the vote in Gilchrist County and 71.0 percent in Levy County.

“It [Archer] is contrary to what you’d expect,” McKee said.

In addition to Archer defying the political norms with its vote, the city has also found a way to avoid the political divisions many see today.

Roberta Lopez, who served on the Archer City Commission in various capacities for 10 years, including as mayor, said she has no idea why Archer has always voted for democratic presidential candidates, only noting that democratic candidates on all levels have fared well.

Lopez, who said she is a lifelong democrat, voted and campaigned for Clinton last fall. She said she believed the former Secretary of State would have done a good job of bringing the nation together. She still preaches giving President Trump a chance, despite some concerns.

“I’m willing to give him a chance,” Lopez said, “but I’d like to see him make some changes in himself. I’m not going to lie and say I’m pleased with everything he does, because I’m not, but he’s there. I’m willing to wait and see.”

Lopez said she has a picture of Obama in her home, and many of her friends have photos of former president George W. Bush in theirs. Even in today’s tough political times, Lopez said citizens of Archer do not let their political differences get between them, instead focusing on working together to improve their city.

“We don’t let politics come between us and divide us,” she said. “We still work toward the same common goal.”

Despite the disagreements last year’s election created around the country, Lopez said the citizens of Archer are united on the stance of a common love of their city.

Lopez said she hopes the rest of the country can take Archer as an example and come together, leaving behind one’s own political beliefs to work together for the greater good.

“We’ve got to come together because we all bleed the same way,” Lopez said. “When I donate my blood, they don’t know what kind of blood they’re getting. We should be acting like a family – no matter what, no matter who.”

Laurie Costello, owner of Costello Realty LLC in Archer, said she agrees with Lopez that Archer doesn’t let political divides get between them. While she said she keeps her political beliefs to herself because of her business, she said people focus more on the local issues, such as the controversial potential project to build a wastewater treatment plant in the city.

Tom Wells got some insight into Archer’s local politics last year, when he ran as an independent candidate for Florida’s 3rd Congressional Seat, garnering 2.10 percent of the vote in Archer’s precinct. He said he saw how the people of Archer cared deeply about their city and local issues.

He said he spoke at a Democratic forum in Archer last year and saw a willingness among the people to speak and debate the issues for the benefit of the city.

Wells said he always likes speaking with those with whom he disagrees to try and find common ground, which he said he believes always exists.

“I have an obligation to those who oppose me,” Wells said, “not to convert them, but to let them know we have the same concerns. We have to talk to each other to become a united nation.”

Emily Hobby, who lives just outside of the city limits of Archer, said Archer sits in a unique place between the bigger cities and the country, the two divisions she sees within the nation. She also said she isn’t surprised by Archer’s close presidential election history.

“It really doesn’t surprise me,” she said. “Archer is a really unique mix.”

Hobby said she has always made her decision about whom to vote for based on the candidate, not based on their political party.

“We’re independent registered,” she said. “We vote the party that’s going to leave us alone. We vote the individual. We vote honor, we vote character.”

She said last year, one reason she voted for President Trump was she liked his plan to abolish the estate tax, which is a tax on the transfer of the estate of a deceased person. She said she worries about her ability to leave her family farm to her children, but she’s optimistic about the president’s plan to alleviate that concern.

Hobby said the city of Archer doesn’t operate on the basis of knowing for whom everyone voted.

Like Lopez and Costello, Hobby said the people of Archer don’t let political differences divide them. She said it’s a “shame” that politics divides people today, and she said she’s glad Archer has stayed away from that.

According to Hobby, Archer is the perfect story of a community that remains united despite the political divisions that she said have ruined people today.

“I think it’s a shame that everything has gotten so political,” she said.

Jake is a reporter for WUFT News and a third-year journalism student at the University of Florida. He grew up in Roswell, Georgia, and has a passion for writing, politics and sports. He can be contacted by calling 770-342-9339 or by emailing jpb1997@ufl.edu. You can follow him on twitter @jacobpbest.
@@jacobpbest
Previous Oct.16, 2017: Morning News in 90
Next Gainesville Artists, Vintage Shops Struggle In The Digital Age Amid Growing Competition