Floridians With Epilepsy Getting Extra Aid After Hurricane Irma

Florida residents with epilepsy could receive a little more aid in the coming weeks if they were affected by Hurricane Irma.

The American Epilepsy Society announced Thursday its plans to give the Epilepsy Foundation of Florida $10,000 to help those with epilepsy recover. The foundation said it will use the money to provide food vouchers, clinic services and emergency medication.

Epilepsy is a brain condition that causes unprovoked and reoccurring seizures. It affects 400,000 Floridians and 3 million people nationwide, according to the foundation.

Lajuana Lemon, an Ocala resident with epilepsy, said she didn’t have a seizure during or after Irma but recognized how she or others could have.

“I don’t get a warning. I just get a taste in my mouth, and then I fall out.”

While being without electricity and air conditioning, she said she often struggled to breathe.

“Unfortunately, I sleep on a [continuous positive airway pressure] breathing machine, and it would have been really critical if I had not stayed with a loved one,” Lemon said. “I had to keep leaving my house to get air because it was so hot.”

Lemon will receive gift cards from the Epilepsy Foundation of Florida to replace her food that spoiled during the power outage. Before the hurricane, the foundation also paid for her to visit a neurologist and provided her with medication to ensure she did not run out.

Roxana Galera, the foundation’s director of program services, noted that providing such services and aid helps to reduce stress, which, if increased, could lead to a seizure.

“The situation itself has been stressful,” Galera said. “Some of our clients are very transitive to heat. Having no access to air conditioning has exacerbated their seizures.”

Lemon emphasized this point of worry from during her power outage.

“I felt confident, but then there was that little panicked part of me that said, ‘Hey, you are not going to make it,’” she said. “I would tell myself every day, ‘You’re getting stronger.’ So that’s how I made it.” 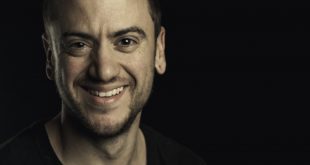