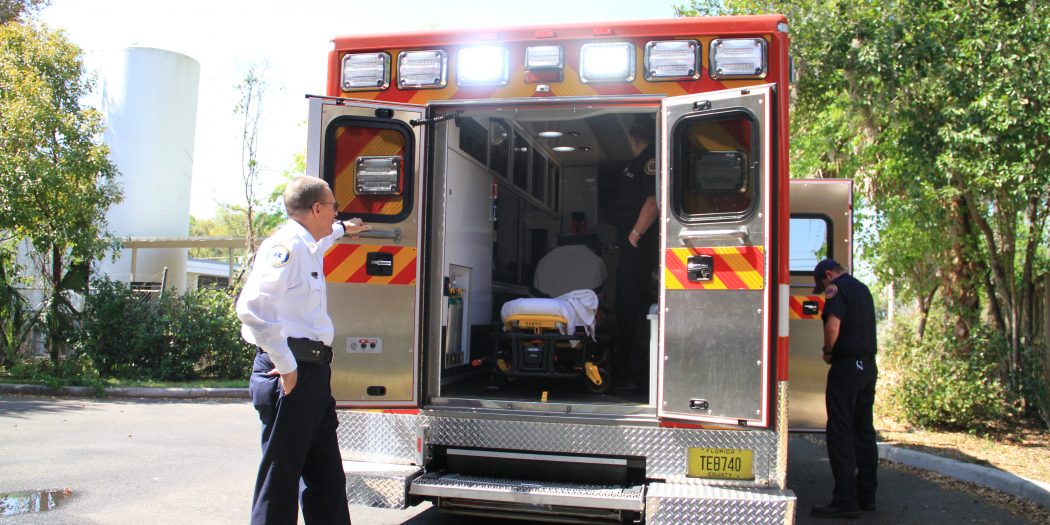 The interlocal agreement allowed Bradford County — which had previously hired private agencies to bill citizens — to entrust Alachua County with its medical billing, invoice processing and fee collection services. The agreement is set to automatically renew in April, and Northcutt said the department is willing to discuss a similar agreement with other counties, if they are interested.

“We’ve been able to meet, if not exceed, the expectations of the Bradford County staff,” Alachua County Fire Rescue Chief William Northcutt said. “We look forward to continuing that relationship.”

Now, nearly two years after the agreement passed, the counties held the first joint public meeting, where commissioners said they hope to use the success of their shared medical billing services as a catalyst for future partnership.

Bradford County Commissioner Danny Riddick said the joint meeting, and the success of the agreement, represented an historic turn in regional government cooperation.

“This is a great opportunity for us to work together and better all of our communities,” Riddick said.

Bradford Commissioner Chris Dougherty, said residents in Bradford County already rely on many of the resources in Alachua County, including employment and shopping.

Dougherty said this relationship highlights the mutual interests of both counties’ constituents. By continuing to collaborate, both counties and their respective residents will prosper, he said.

“We want to be [Alachua County’s] little brother,” Dougherty said. “We want to work together and, from an economic standpoint, we want a good, cohesive unit.”

“We’re coming together to learn how to work together because it’s what the people expect,” Cornell said.

Nate Phillips is a reporter at WUFT News. To reach him, please call 301-910-1160.
@@nphillips36
Previous 352Creates Set To Return to Gainesville This Weekend
Next Florida Lawmakers Ponder Direction On School Testing