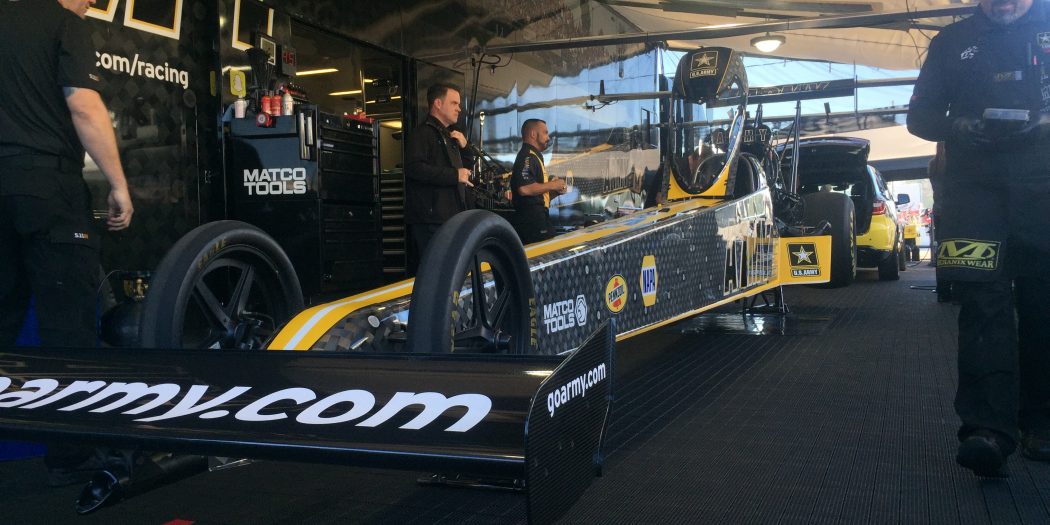 “When I’m here I don’t see a lot of explosions from cars,” eight-year-old Grayson Burns said, holding an autographed racecar. “And I’m hoping to see some of that.”

At the 48th Annual Amalie Motor Oil NHRA Gatornationals, the only explosions came from the crowd, cheering on the fast-paced sport of drag racing. Locals and cross-country travelers flocked to the Gainesville Raceway all weekend to watch their favorite drivers burn rubber.

“I like how they look and how they sound, meeting all the drivers,” Grayson said. “My favorite driver is Brittany Force.”

Tammy Weldon said she came from Wyoming to watch her best friend race in the Pro Stock Motorcycle competition.

“Getting to be in the pits and watching them work on the bikes and work on the cars and getting to be part of that,” said Weldon, a Gatornationals first-timer. “I didn’t really know what to expect, but this place is awesome.”

“[I want] 83 trophies on my shelf, instead of 82,” said 47-year-old, eight-time Top Fuel world champion Tony Schumacher, driver of the U.S. Army Top Fuel dragster. “It’s a long road but I’m doing it with the right team, in the right moment, in the right place.”

He said he likes to take it one race at a time.

“It’s funny because the trophy itself looks the same. Any two of them, they look identical. It’s what they mean, who I beat, what we got through, the difficulty that day,” Schumacher said.

Before each race, drivers and their teams prepare their vehicles and rev their engines for fans before towing the dragsters to the staging area. Once on the track, some cars can reach more than 330 mph.

“I look around at my team and I know I got the guys capable of winning,” Schumacher said.

Between races, Top Fuel teams have to rebuild the dragster’s entire engine, with the fastest recorded time at 24 minutes by driver Scott Torrence’s team run by Capco Contractors Inc.

One thing all drivers can agree on is how dependent they are on their teams.

“I wreck it, they’re the ones who fix it,” Torrence said, watching as his team worked non-stop to rebuild the engine.

“We go in it together, I don’t win races by myself. I can’t even start this army car, it takes 9 guys to make it work,” Schumacher said.

But for 67-year-old John Force, preparation involves more than just building the car.

“Mentally you prepare every day. I’m in the gym every other day, trying to keep my weight down, trying to eat right, trying to build muscle,” said Force, 16-time Funny Car world champion whose two daughters Brittany and Courtney also drag race. “And at my age, 67, trust me I got to do that, I’m not like these kids.”

One of his daughters, 30-year-old Brittany Force is one of few women in this competition, but said she knows she can keep up with the boys.

“There’s not too many girls out here, but we’re okay with that,” Brittany said. “We beat up on the boys and we have a lot of fans that are females that we’ve pulled into this sport.”

She said she and her younger sister only compete against one other woman in each of their categories, but this is what she’s used to.

“To me, being out here is totally normal. It’s home for me,” Brittany said.

Other smaller teams, like Scott Palmer and his CatSpot sponsored Top Fuel dragster, were happy to simply be part of the event. Palmer said his first Gatornationals did not disappoint.

“My dream my whole life has been to race with the best racers in the world,” said Palmer, 53, who has been racing since he was 14 years old. “And that’s what these are.”

Palmer explained that in the spirit of his sponsor, he took the liberty of adopting a cat from the Alachua County Humane Society as a team mascot, appropriately naming him “Nitro.”
“We ran a career best [Saturday] in the last qualifying session, and we owe it all to the kitty,” Palmer said. “The kitty was sitting behind the computer and I think he made the right tune up calls, so we put it in the car and it ran our career best.”

Schumacher ended the weekend with his fifth Gatornationals win, breaking the record for the most victories in the Top Fuel category.

John Force now has eight wins in Gainesville in the Funny Car category, with this year being his first win at Gatornationals since 2001 and his 148th career win. His daughter, Brittany, fell short to Steve Torrence in the Top Fuel quarterfinals, ending up 7th overall.

In the Pro Stock category, Shane Grey landed his 6th career victory and first of the event, knocking out reigning champion Greg Andersen from the number one spot. Three-time Pro Stock Motorcycle world champion Eddie Krawiec kept his title in the event, his second consecutive win and fifth at Gatornationals. 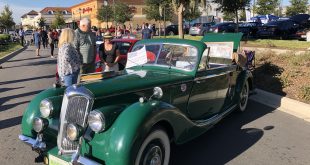