Every morning before work, Elizabeth Fitzpatrick takes her 2-year-old daughter, Brigid, to daycare.

The Gainesville mom said Brigid gets new bruises often from running around with the family’s three dogs: Beecher, Whisky and Roxy.

“She’s very adventurous for her age,” said Fitzpatrick, a veterinary student at the University of Florida.

But Brigid also has an expensive child care bill, one that totals about $9,600 a year, or about $800 per month.

Such expenses are highlighted by an Economic Policy Institute report released this month that details the cost of childcare by state. In 33 states, including Florida, childcare exceeds the cost of college tuition, it found.

Annual costs for raising an infant in Florida specifically ($8,694) are nearly double that of the average in-state tuition ($4,423) at a public university in the Sunshine State, the study says.

Nationally, in comparison to the U.S. Health and Human Services’ standard of $5,235, the average Florida family has to pay about $3,500 more.

And for a Florida parent earning minimum wage, infant care costs more than half of his or her annual income.

Brigid attends Baby Gator Child Development Center at the University of Florida, which provides discounted childcare to UF faculty, staff and students. Even so, Fitzpatrick described the expense as a hardship.

“The cost of our childcare is a burden for us,” she said. “But we have it a little bit easier than some of my classmates.”

Fitzpatrick is expecting another child, a boy, in June. She said providing childcare for him is huge concern for her family.

For Florida families with two children (the study used a 4-year-old and an infant), it costs roughly $16,000 a year to provide childcare. That’s about $4,000 more than the average annual rent in the state, the study says.

Although Fitzpatrick hasn’t delivered the boy yet, he is already on the waitlist for Baby Gator, like Brigid was before she was born.

The Early Learning Coalition of Alachua County, which provides childcare to lower-wage-earning families from about 120 childcare centers in the county, has an even longer waitlist: between 300 to 400 children each month, according to CEO Gordon Tremaine.

Tremaine said he believes that childcare needs to be more accessible to working families.

Photos of Tremaine’s two sons, David and Michael, line the walls of his office and stand on top of his bookshelf. They’re both in college now. He said providing them with quality childcare paved a path for them to be successful today.

According to Tremaine, 85 percent of a child’s brain develops while in preschool, and significant life skills are formed between the ages of 1 and 5.

“Early learning should be taken as seriously as K-12 education,” he said, “because if not, it harms everyone when the community’s children are held back.”

Mireillee is a reporter who can be contacted by calling 352-392-6397 or emailing news@wuft.org.
@m_lamourt
Previous New Advisory Board Will Assess Children’s Needs
Next Transgender Students Now Have To Follow A New Bathroom Policy In Marion County 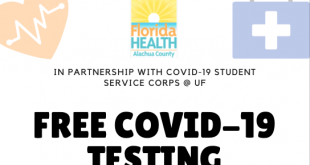 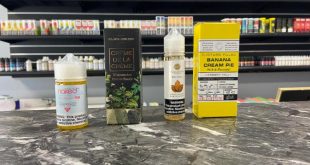 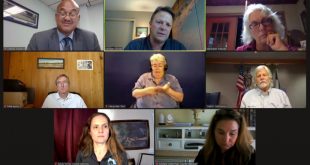