The University of Florida announced guidelines regulating the use of unmanned aerial systems, commonly known as drones.

Students or faculty members who fly a drone over university property must first be licensed through the Federal Aviation Authority (FAA).

Those not enrolled at the university or on the faculty must also be licensed through UF’s Environmental Health and Safety department. The university said it also wants to avoid liability should the worst happen on campus:

operation of a UAS (unmanned aerial system — or drone) by a third party or hobbyist over University property must be under a contract which holds the University harmless from any resulting claims or harm to individuals and damage to University property and provides insurance as required by Environmental Health and Safety.

Students can be expelled and faculty terminated from the university if the rules are not followed, according to UF’s Environmental Health and Safety department.

Bill Properzio, director of Environmental Health and Safety, said the campus is affected by regulations prohibiting flying in other aircraft’s airspace. Drones cannot be flown within five miles of an airport or two miles of a heliport, per FAA regulations.

Ariella is a reporter for WUFT News and can be contacted by calling 352-392-6397 or emailing news@wuft.org.
Previous How Much Will Florida Pay To Process 13,345 Unsubmitted Rape Kits?
Next Alachua County Wants to Preemptively Ban Fracking, Even If the State Later Bans That Ban 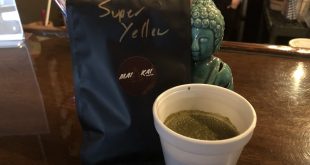 Raging outbreaks in the Midwest and Great Plains are driving the numbers, but every region of the country is showing growth in new infections.