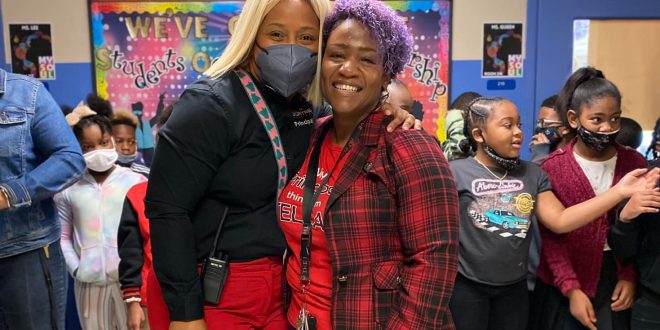 When Alachua County schools gave parents the option to attend school online, Principal Tara Lowe-Phillips had 10 extra hours of work added on to her load.

On top of overseeing Micanopy Academy, Phillips also taught two classes in Fall 2020. She and her teachers stretched themselves to accommodate their in-person and online responsibilities, and quickly found that there weren’t enough hours in the day. Even the students felt the burden of online classes.

“They were struggling, even our best students, with the online program,” Lowe-Phillips said.

Lowe-Phillips is far from the only principal that felt especially stressed during the 2020-2021 school year.

WUFT News spoke with five principals across north Central Florida and found that trend holds firmly in the Sunshine State.

Between keeping track of the physical health of sometimes upwards of a thousand kids and staff, managing in-person and online students, supporting the mental health of all those who enter the school building, contending with learning gaps, earning low pay, rapidly shifting COVID-19 protocols, and looming end-of-year assessments, principals are stressed.

Andrew Spar, president of the Florida Education Association, noted that no one gets into education to get rich.

“They go in because they love kids, they care about kids, they have this internal being in which they want to make a difference in the lives of children,” he said.

There has been a massive exodus in the field of education starting at least a decade ago, Spar said. The conditions in recent years have accelerated that exodus, according to the FEA. There are over 4,200 teacher vacancies in the State of Florida, and even more vacancies in support staff. By the end of the year, there could be 9,000 teacher vacancies alone.

Sanaa McBride, principal of public school Biscayne Elementary Leadership Academy in Jacksonville, said there were times where she updated her LinkedIn profile and entertained conversations of leaving her profession.

McBride’s school supervises over 700 students, along with staff and faculty. Her school is predominantly African-American, in both students and staff, and suffered from vacancies during the pandemic. With teacher positions open and others out sick, managing both in-person and online students piled stress on top of her. In October 2021, she decided she wanted to leave.

Principals of color especially felt the strain during the pandemic, according to the RAND study. McBride, a Black woman, believes it’s because principals of color often deal with schools that need the most, along with a higher degree of expectation.

McBride took a spa weekend and did a lot of praying. At the end of it, she discovered that she was exactly where she was supposed to be.

Burn-out among educators is a growing concern, according to the National Education Association. Michele White, executive director of the Florida Association of School Administrators, said  people should remember that principals didn’t really get to go home during quarantine.

While students may have experienced a lighter work-load with online schools, teachers and administrators providing both online and in-person classes didn’t.

“They have been continuously serving from the very beginning of the pandemic, and they have continued to show up every day for their students,” she said.

Another main stressor for principals during the 2020-2021 school year and now is meeting the mental health needs of students grappling with the effects of isolation, going back to in-person school, and learning gaps. The National Association of School Psychologists recommends every school have one counselor per 500-700 students.

Even before the pandemic, Florida schools struggled to meet that standard. In 2016, a report by the Florida Association of School Psychologists read that each Floridian school psychologist serves an average of 2,000 students.

“Some schools are very fortunate to have even more than one counselor,” White said.

Florida currently ranks 30th in youth mental health, according to a 2022 report by Hopeful Futures Campaign. In February, the Tampa Bay Times reported that Hillsborough County schools had a rough ratio of one psychologist per 1,600 students. Pinellas County had one psychologist for every 1,100 students.

With students having the option to learn online during the pandemic, socialization became a problem when students came back to school. Principal Timothy Wright, Ph.D from Santa Fe High School, a public school in Alachua, had students grappling with the loss of loved ones and dealt with a high amount of anxiety in the student body.

Santa Fe High School staff gather weekly to identify and get at-risk kids the resources they need. Those resources are scant.

“None of the schools that I’m aware of in Alachua County and surrounding areas have the adequate resources that some of these kids need, social emotional needs,” he said.

Jen Halter, principal of Clay High School and 2021 Florida Principal of the Year, worried about the mental health of her students and teachers alike. She organized weekly check-ins with every teacher and staff member.

A 2021 poll by the NASSP reported that 13% of principals surveyed definitely planned to leave their jobs, 21% reported that they’ll stay until something better comes along. Halter said she’s had moments where she wanted to leave as well.

“Education is more of a calling,” she said. “You have to love kids and you have to love the mission of this job and sometimes if it’s too much, then yeah, then they’re going to go elsewhere.”

Allessandra is a reporter for WUFT News who can be reached by calling 352-392-6397 or emailing news@wuft.org.
Previous The Point, May 5, 2022: Proposal for a $1.76M high school track improvement in Alachua County falters at school board meeting
Next The Point, May 6, 2022: First lawsuit emerges following repeal of Disney World’s special district