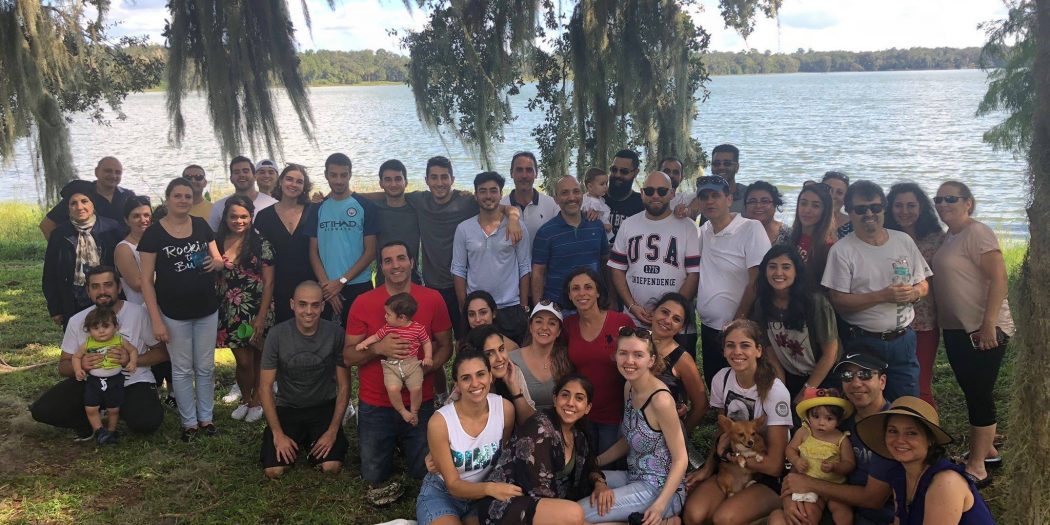 Arab Americans in Gainesville gather for a picnic in 2018. (Photo courtesy of Rami Salem)

When Rami Salem left Lebanon, he dreamed of returning.

The 35-year-old grew up in Lebanon and spent about 20 years there. But now, after spending almost the same amount of time in Gainesville, he considers the city his home.

“To me, I know I am originally an Arab, but actually, I am more part of here right now,” he said.

Salem is one of hundreds of Arab Americans in Gainesville. After moving to the U.S., he ended up in north central Florida because the Royal Bank of Canada needed to hire French speakers.

“It’s a melting pot from everywhere, and now I feel like I am one of them,” he said.

So Gainesville beat the U.S. government. But why?

Arab American students, professors and business owners all contribute to the fabric of the city, Poe said.

“We want to elevate and celebrate our international community,” he said.

After a trip to Palestine, former city commissioner Randy Wells yearned for ways to use the knowledge he gained. That drew him to Laila Fakhoury, a 23-year-old local business owner who was then a UF student deeply involved with Students for Justice in Palestine.

Fakhoury mobilized. She reached out to Students for Justice in Palestine, Syrian and Lebanese student organizations and the Gainesville Arab community. Fakhoury and Wells brought the proclamation to Poe just in time for April that year.

As an Arab, Fakhoury said the recognition meant a lot to her.

“Being Arab is very like isolating sometimes because you just never hear anything focused on Arabs or the Middle East or Palestine,” she said.

She grew up never hearing about her heritage in school. It wasn’t listed in textbooks. There weren’t any annual cultural celebrations.

Other minorities groups, Fakhoury said, have solidarity with each other. They share similar lived experiences. After 9/11, no one wanted to share their Arab culture or Muslim identity. Many were fearful of mentioning the Middle East.

“I’ve seen this lack of community sometimes, and only because it’s hard for people to talk about it and to express that part of their culture,” Fakhoury said.

As a realtor, Salem said people entrust him when they are buying a home. But they always ask him where he is from.

“People, I’m not going to say they love us, but they’re curious to know more about us,” he said.

He tried to make the community visible. Before the COVID-19 pandemic, he organized picnics with about 70-100 attendees. Most were local families and UF students. The Arab community, he said, is made mostly of Syrians and Lebanese but there are also significant numbers of Jordanians, Palestinians, Saudis and Qataris.

To Salem, the recognition is not only of Arab Americans but also of the city’s diversity:

“Having us like all from all over the world in Gainesville, I really appreciate it.”

Grethel is a reporter for WUFT News who can be reached by calling 352-392-6397 or emailing news@wuft.org.
Previous Florida Supervisors of Elections Oppose Controversial Voting Bill ‘SB 90’
Next The Point, April 22, 2021: A Small Museum In High Springs Is Bursting With Alachua County History