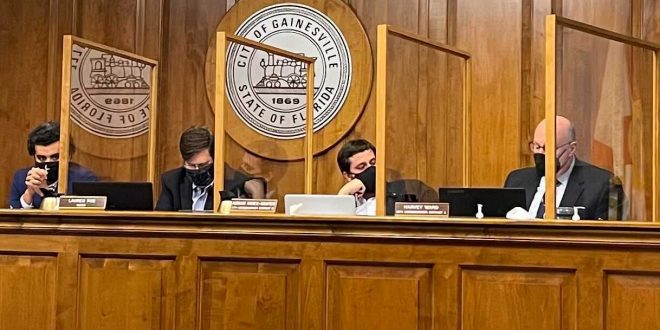 The Gainesville Police Department has announced a traffic safety crackdown in the wake of multiple recent deaths of University of Florida students on streets near the campus.

“Our focus will be on crosswalk, pedestrian, speeding and scooter safety violations,” the department stated in a news release posted on Facebook on Wednesday night.

The crackdown follows a deadly traffic accident last weekend at NW 17th Avenue and West University Avenue. Sophia Lambert, 18, a UF sophomore, died and five others were hospitalized after a car crashed into another moving vehicle while turning onto 17th Avenue.

The police investigation into that crash is ongoing.

A student-led petition garnered has more than 20,000 signatures in a cry for better traffic safety.

“Certainly, we are aware of this petition and are taking every phone call and email about the incident seriously,” Graham Glover, a GPD spokesman, said Thursday. “We hear the concerns, and we are going to do our best to fix this.”

Glover added: “We are focusing on two things: education and enforcement.”

At its meeting Thursday evening, the Gainesville City Commission voted 4-3 vote to endorse a motion by Commissioner Harvey Ward regarding traffic safety.

Ward’s motion called for supporting Gator STEP as well as to, among other things, at least temporarily limit traffic along the 100 and 200 blocks of NW 17th Street to deliveries and waste collection, and asking UF to close Buckman Drive to vehicular traffic from University Avenue.

The measure also proposed directing city officials to approach the Florida Department of Transportation DOT to turn over responsibility of State Road 26 from East 15th Street to W. 22nd Street as well as US 441 from North 16th Avenue to South 16th Avenue to the city. It also called on empowering them to make changes within their authority as quickly as possible regarding traffic safety, and to create a traffic safety education program for the community.

“I want there to be action,” Arreola said. “I think we can do it immediately.”

Community members begged the commission to make streets safer for drivers and pedestrians.

“I did not think I would have to look into traffic safety when touring UF with my daughter,” said Annie Wise, mother of a freshman student. “I did not have “getting hit on the sidewalk” on my “what-to-worry about” list. Now, I do.”

“That could be my daughter if we do not do something now,” King said.

Lisa Paxton, mother of Maggie Paxton, the 18-year-old UF killed in a hit-and-run along University Avenue on Dec. 9, also pleaded for change.

“I am sick of the excuses,” Paxton said. “We must figure it out.”

Alexis is a reporter for WUFT News who can be reached by calling 352-392-6397 or emailing news@wuft.org.
Previous Nicole Harris Named 2021 Alachua County Public Schools Teacher Of The Year
Next The Point, Jan. 22, 2021: Florida Intends To Stop Giving Vaccines To Non-Residents