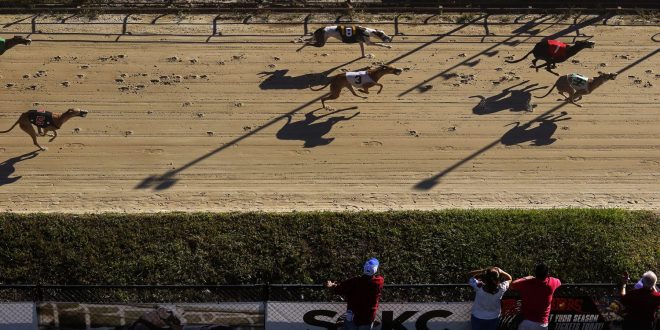 Dog racing is now illegal in 41 states – and the two remaining tracks in Florida will soon have their last live races. (WUFT News file photo)

The gates open and long legs stretch onto a dirt track. The greyhounds sprint at over 40 mph toward the robotic rabbit leading the pack, desperate to be the first to reach it.

After decades of dog racing at tracks across the state, they will stop chasing come Jan. 1.

That’s when Amendment 13 takes effect in Florida. Passed with 69 percent of the vote in a statewide election in 2018, the amendment to the state constitution prohibits wagering on live dog races held in Florida and will ultimately force the closure of 11 racetracks.

Dog racing is now illegal in 41 states – and the two remaining tracks in Florida will soon have their last live races. The last one at Derby Lane in St. Petersburg is set for Dec. 27, and the Palm Beach Kennel Club will have its final one on New Year’s Eve.

Isadore Havenick, 42, still fondly remembers the Flagler Dog Track in Miami. Like most racetracks in Florida, it was family owned and he basically grew up there. Havenick went often to the track as a child, and years later, he walked the dogs and even announced a few races.

“I’m an animal person,” he said as his mastiff named Kitty snored beside him, and a surprisingly fast tortoise sped around his house.

For 40 years, dog racing was his life.

“It was time,” Havenick said about the track ending its live racing in June 2018, five months before the vote on Amendment 13.

“Dog racing wasn’t doing as well as other forms of gambling,” he said.

Prior Florida law required businesses to hold dog races in order to also provide other forms of gambling. Havenick said his family’s track held over 400 races a year to meet the requirement.

In 2017, the state’s business and professional regulation department permitted West Flagler Associates, the group that operates Magic City Casino and the Flagler Dog Track, to replace dog racing with jai alai and keep their machines and poker tables.

The Sarasota Kennel Club, like other tracks, opted for daily simulcasting to keep its poker room running. In simulcasting, greyhound races across the country are streamed for wagering.

After 90 years of live racing, its last dog crossed the finish line on May 4, 2019. Since then, there’s been discussion of the 24-acre track becoming affordable housing.

“Let’s not lose sight of the hundreds of thousands of dogs that went through these tracks, that lived in cages, that were given harmful drugs, that suffered injuries and died,” said Carey Theil, Grey2K’s executive director. 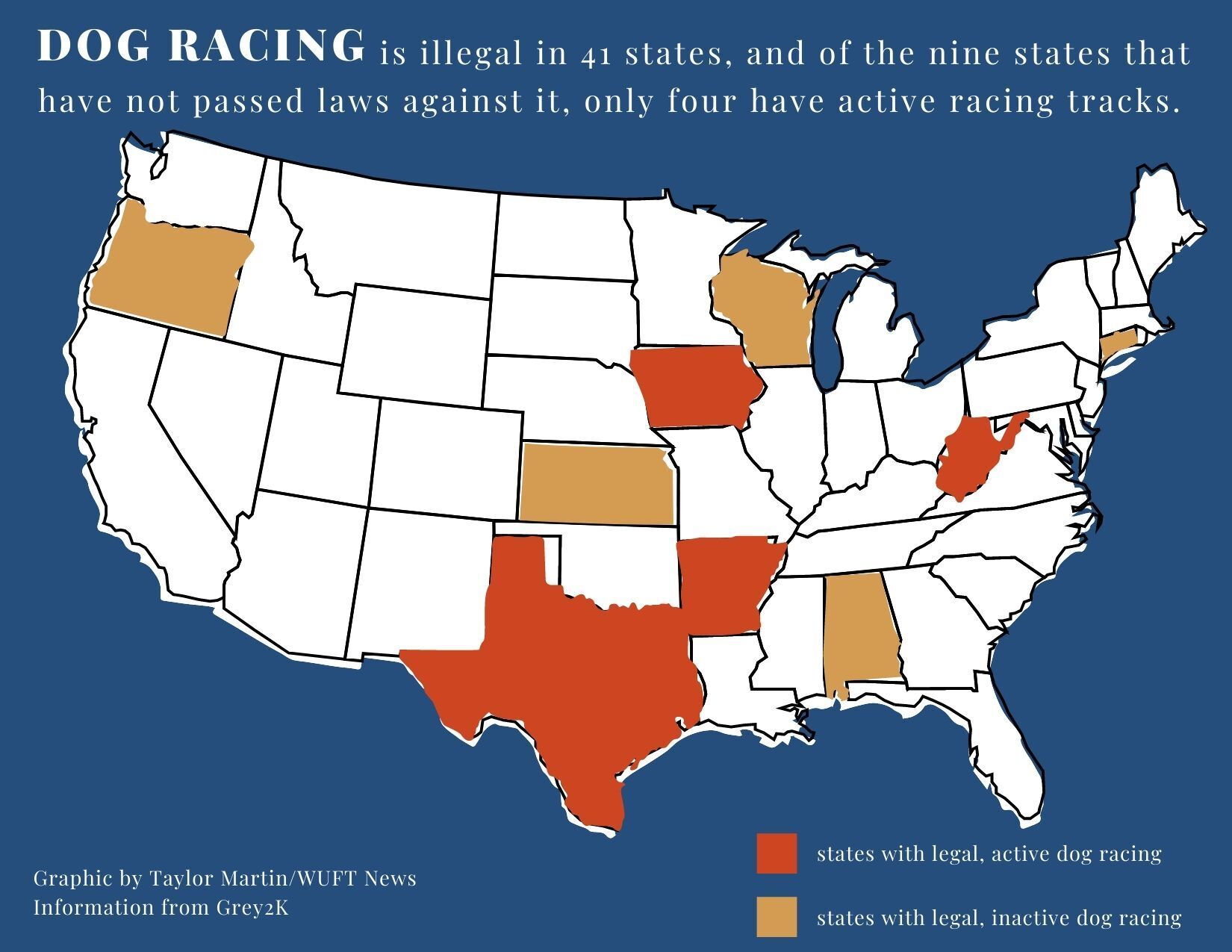 Some say an unintended consequence of Amendment 13 has been preventing an influx of dogs going to greyhound adoption agencies and shelters. Each dog track has anywhere from 500 to 1,000 dogs, according to People for the Ethical Treatment of Animals.

However, tracks and breeders aren’t giving greyhounds to shelters who speak negatively against dog racing, according to one shelter owner who is eager to find new homes for the dogs and re-home them. He asked to remain anonymous so as to not anger the track owners and breeders.

Since 2013, 493 dogs have died on racetracks nationwide, Kitty Block, president and CEO of The Humane Society, said in a blog post. Of those dogs, 94% were three years or younger. The dogs usually spend 20 to 23 hours of their day in crates, Block wrote.

Theil said he was glad to see years of behind-the-scenes work pay off in 2018.

“I think it was a victory for everyone in the state who cares about dogs,” Theil said.

Taylor is a reporter for WUFT News who can be reached by calling 352-392-6397 or emailing news@wuft.org.
Previous Ahead Of Christmas, A 3-Year Prison Sentence In Fatal Drunken Driving Crash
Next Mutts, Masks And Modifications: How Veterinarians Are Handling COVID-19 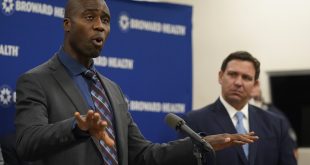 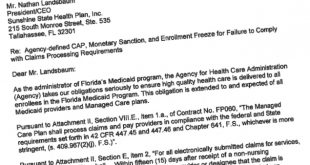