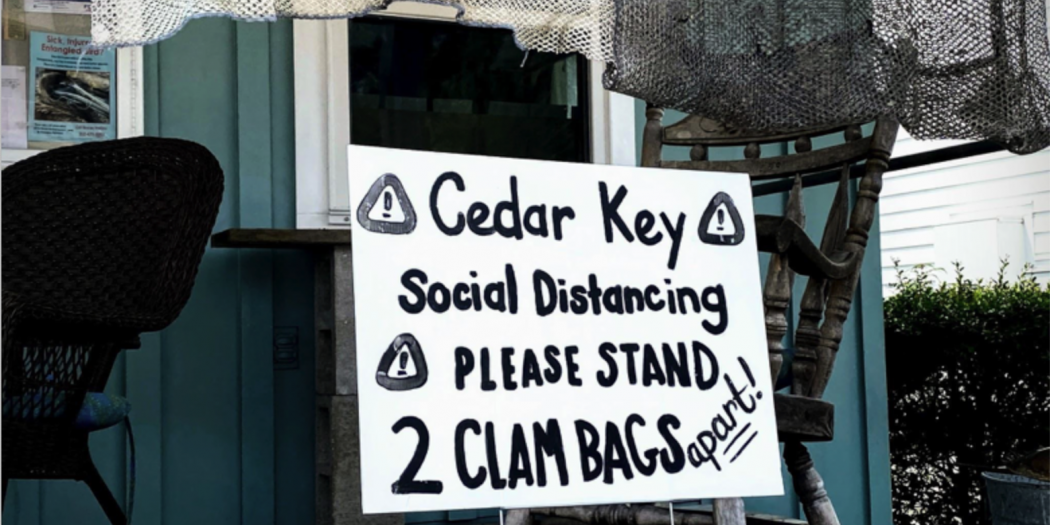 Inside The Clamming Capital Of The U.S. During COVID-19

Mike Hodges’ clams lay still at the bottom of the ocean, unharvested.

Three miles into the Gulf of Mexico lies the clamming capital of the U.S. Cedar Key has largely sheltered its just over 700 citizens from the physical dangers of COVID-19, but its vital clamming and tourism businesses are left struggling.

Hodges has been a clam farmer for 24 years and usually harvests 160 bushels of hard-shell clams per week during the summer months. Now, he has cut down to 40 bushels because wholesalers are not buying his clams, he said.

“This is the biggest setback that I’ve ever had with nice, pretty healthy products that are sitting at the bottom of the ocean,” he said. “I can’t sell them.”

It is a crucial time of the year for Hodges, as he relies on the season’s clam sales to pay for boat repairs and other expenses for the rest of the year, he said. It is likely that he will lose half his summer crop sales.

Andy Bair, owner of the Island Hotel & Restaurant for 16 years, was booked to the new legal occupancy limit of 50% for the entire Memorial Day weekend. But the island closed on March 24, and hotels and restaurants hadn’t been allowed to reopen to guests until May 20, and that gap dealt the business a heavy blow.

He lost the safety net of funds usually accumulated during the high season from mid-January to late-April. He is relying on a government loan program and the hopeful increase of tourism to make it through the summer.

Over 125 million clams are produced annually from Cedar Key, making it responsible for over 90% of the production of Florida’s clams, said Leslie Sturmer, a UF/IFAS shellfish aquaculture researcher. This provides over 150 local growers in the area with steady paychecks year-round.

“We are a clam town,” she said. “And our businesses need to get back to work.”

The local farmers sell their products to wholesale companies who distribute them across the country, she said, including to the casino buffets in Las Vegas. But many of these large markets stopped buying clams, including restaurants, leaving farmers with full clam buckets and empty pockets.

Only two Cedar Key residents tested positive for COVID-19 out of the more than 500 that UF tested, according to Nancy Sera from the island’s chamber of commerce. Still, she takes precautions by working on the porch of her office.

Sera now sits outside at a white, fold-out table with a clear box of handmade face masks resting on a bed of clam shells. She answers questions from eager visitors about how open the island is and what they can do when they arrive.

Now, as the island opens to tourists and the industries regain momentum, she feels divided on whether to embrace the new flow of visitors or be concerned about the increased risk of infections on the island.

“We are between a rock and a hard place,” Sera said.

Bair said the island was busier than usual for a Memorial Day weekend. Families, college students and swarms of people on Harley Davidsons were among the large crowds on the island. All shops, restaurants and hotels were open for business and some restaurants even had hour-long waits for tables.

“It was a free for all and people threw caution to the wind,” he said.

Despite his losses and the uncertainty ahead, Bair is hopeful that Cedar Key’s small businesses and farmers can withstand the hit to their industry.

“We will make those numbers back and try to get back up,” he said.

He expects the next big weekend for the town to be on the Fourth of July. The local businesses are trying to make up for lost time and hoping that tourists will flock to the island once again.

Ariana is a reporter for WUFT News who can be reached by calling 352-392-6397 or emailing news@wuft.org.
Previous The Point, May 28, 2020: Florida Cabinet, Board Of Governors Are Having Key Meetings Today
Next Board Of Governors Approves Plan To Bring College Students Back To Campus In Fall Amid COVID-19 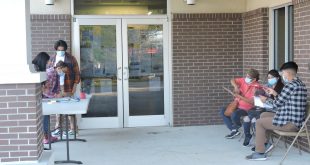