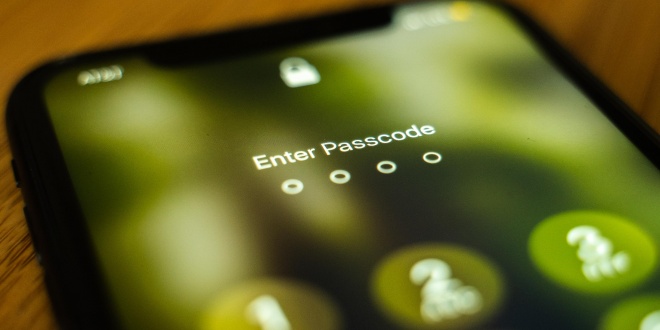 Florida has abandoned its efforts to ask the Supreme Court to force criminal suspects to unlock their iPhones. (Justin Bright/Fresh Take Florida)

GAINESVILLE — The question of whether police in Florida can legally force criminal defendants to unlock their cellphones will remain unresolved for now, after the state Supreme Court agreed not to consider the issue.

A 2018 Alachua County drug deal turned armed robbery case centers around the nationwide debate over whether law enforcement can force someone to reveal a phone’s passcode.

Government officials have long held that encryption technology – the digital locks that protect devices and their data – can hinder their criminal investigations. U.S. Attorney General William Barr has renewed the issue as a priority for the Justice Department, forcefully urging leaders of technology companies to aid law enforcement investigations.

Florida’s highest court was slated to hear the cellphone case until it was dismissed last week.

In Gainesville, Savannah Bryant Turner, now 18, arranged a drug deal with two victims in June 2018, according to the police report. But when the buyers arrived, three men with shirts over their faces robbed them at gunpoint. During the struggle, one of the victims pulled the shirt off defendant Draven Rouse’s head and recognized him from high school.

Rouse, now 17, later told police who the others involved in the robbery were, including defendant Matthew Tyler Pollard, now 22.

Police filed a warrant to obtain evidence from defendant Pollard’s iPhone – recovered from Pollard’s car – and asked a judge to force him to turn over the phone’s passcode.

Prosecutors cited an earlier case that compared asking for the passcode to demanding that a defendant turn over a key to a locked box.

Pollard’s public defender, Logan Doll, protested that the warrant for the contents of the phone was too broad because police were seeking all Pollard’s contacts, photos, texts and other messages about illicit drug activity or robberies – not just limited to the case in which he was facing criminal charges.

However, Pollard entered into a plea deal, leaving the appeal moot, according to the state Attorney General’s Office. Turner, however, is still awaiting trial in Alachua on charges related to the case.

Because of the dropped charges, the Florida Supreme Court will not yet weigh in on the nationwide debate of whether law enforcement can force someone to reveal their phone’s passcode.

The issue of cell phone encryption has been a focus of several state and federal cases across the country. Civil liberties groups, including the American Civil Liberties Union, said a passcode cannot be compelled with a warrant because it’s a thought rather than an object.

Forcing people to give up their passcode violates their Fifth Amendment right against self-incrimination, according to Nathan Wesser, a staff attorney for the ACLU’s Speech, Privacy, and Technology Project.

The 1st District Court of Appeal in Tallahassee sided with Pollard in the 2018 Alachua County robbery case. Although the circuit court judge, William Davis, required Pollard to turn over his passcode, a divided appeals court overturned the order.

Judge Scott Makar, writing for the majority, said the defendant was not required to turn over the passcode due to his Fifth Amendment right against self-incrimination. He also raised concerns that authorities could use the phone to undertake a “fishing expedition” because of the broad scope of the warrant.

Because Rouse, Pollard’s co-defendant, was seen by the victims and identified Pollard, the need to search Pollard’s phone for more evidence seemed unnecessary to the appeals court.

The U.S. Supreme Court ruled in 2014 that police need a warrant to search someone’s phone. The Court said a person’s phone may contain even more sensitive information than a search of a home could reveal.

Whether a warrant can also require people to reveal their passwords is currently state-by-state. Because the Florida Supreme Court has not weighed in on the issue, there is no statewide rule here.

In October, the Oregon Court of Appeals ruled that a defendant could be compelled to disclose her passcode in a driving-under-the-influence case.

With the advent of fingerprint passcodes and Face ID, the issue is becoming even more complex.

A judge at the U.S. District Court in Oakland, Calif, ruled in 2019 that compelling someone to use their fingerprint to open their phone violated the Fourth and Fifth Amendments. A Virginia Circuit Court judge, however, ruled the opposite in 2014, claiming that a fingerprint is not protected by the Fifth Amendment because it’s not testimony.

“The fingerprint, like a key… does not require the witness to divulge anything through his mental processes,” the judge wrote in his opinion. “Unlike the production of physical characteristic evidence, such as a fingerprint, the production of a password forces a ‘defendant’ to disclose the ‘contents of his own mind.’”

Such cases strike the balance between people’s rights and police’s ability to properly investigate, said Wesser of the ACLU. He said there are other ways for police to access a phone without compelling the passcode from the phone’s owner.

“We are now living firmly in the digital age at a time when old rules governing police practices before the advent of modern technology may not be a great fit,” he said.

Cellphones reveal a lot of information about a person’s life, including their location, search history, and personal documents, which makes this issue all the more important, according to Rebecca Jeschke, the media relations director and digital rights analyst for the Electronic Frontier Foundation.

“We are at a point where the contents of our phone are an intimate look inside our lives,” she said. “Being forced to reveal the password to a device is a violation of the Fifth Amendment.”

This story was produced by Fresh Take Florida, a news service of the University of Florida College of Journalism and Communications. The reporter can be reached at sconza@freshtakeflorida.com

Sabrina Conza is a reporter for Fresh Take Florida. She covers the Capitol and the Florida Supreme Court.
Previous DeSantis Amends Stay-at-Home Order To Supersede Local Rules, Allows For Religious Gatherings
Next How Florida Agriculture Has Been Affected By COVID-19