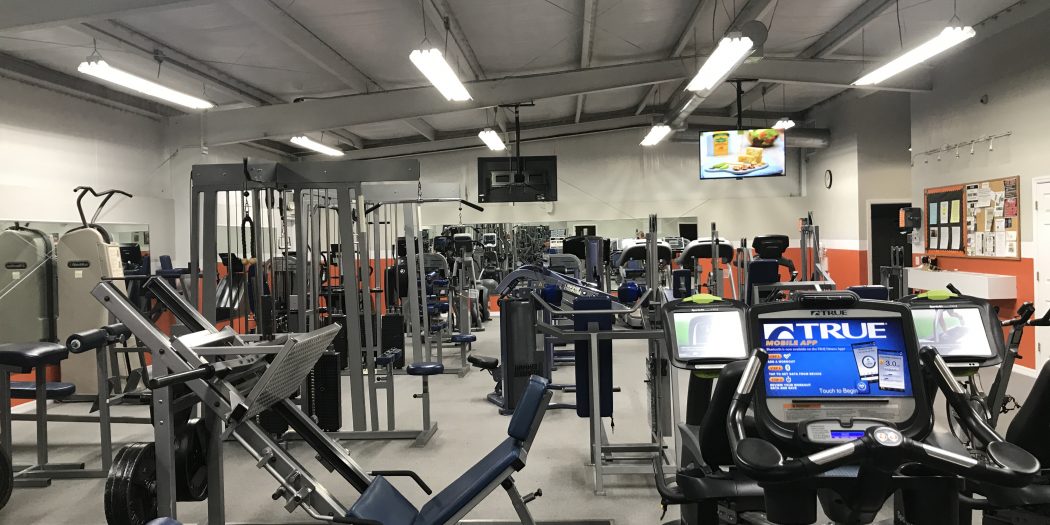 The inside of the Hawthorne Wellness Center, which includes many types of exercise machines, but a studio for fitness classes as well. (Emily Mirabelli/WUFT News)

Sports and family go hand and hand in Hawthorne, a city of only 1,900 people, but with plenty of children eager to play baseball, softball, football, basketball and more.

At the city-owned Hawthorne Athletic Park, coaches spend hours raking the fields, parents operate concession stands and team members pick up trash before or after practice. For years, they have all made the best of the worn-down facilities. Soon, it will all change for the better.

The grant is expected to pay for a remodeled multipurpose athletic field complete with football goal posts and bleachers as well as new tennis and basketball courts and two for beach-style volleyball. The project also calls for installing restrooms closer to the playgrounds.

Bids by construction companies wanting to do the project are to be read publicly on Thursday at City Manager Ellen Vause’s office. The work should begin early next year, and the park will also serve residents from unincorporated areas of Alachua and Putnam Counties.

“I think the additions will be great for the community,” Vause said. “Everyone will be able to use the space, and it will be a place for the kids to spend time.”

“The west side of Alachua County gets everything; the east side is just the forgotten area,” Dykes said. “These kids don’t get nothing, so we were really happy to get that grant, because we get nothing.”

His son, Luke, 13, who is involved in recreational basketball, can’t wait for the new facilities.

“Everybody’s been wanting basketball over there for a few years now, and we are finally getting a basketball court,” Luke said.

“We depend on the concession stand money to support the team, to pay the recreational sports organization and do everything,” he said.

The president of Hawthorne Youth Sports, Gilbert Randall, said the park additions will mean the nonprofit will no longer have to plan its practices around the city high school teams.

Latrell Simmons works for the Alachua County Sheriff’s Office, lives in Gainesville, but brings his children to Hawthorne multiple times a week to participate in the recreational program.

“In Hawthorne, they are very welcoming,” Simmons said. “When you are part of the Hornet nation, you’re family.”

He said the new facilities will help give the children a more competitive edge.

“I think once we have a new facility, what you’ll find is that they’ll feel like they belong,” Simmons said. “They will be able to take it to the next level and compete with some of these other programs that have been in existence longer than we have.”

Emily is a reporter for WUFT News who can be reached by calling 352-392-6397 or emailing news@wuft.org.
Previous Audit: Santa Fe College Decision To Extend Bookstore Contract Could Cheat Taxpayers
Next Gainesville Firefighters Get Raise And Paid Parental Leave After New Agreement With The City