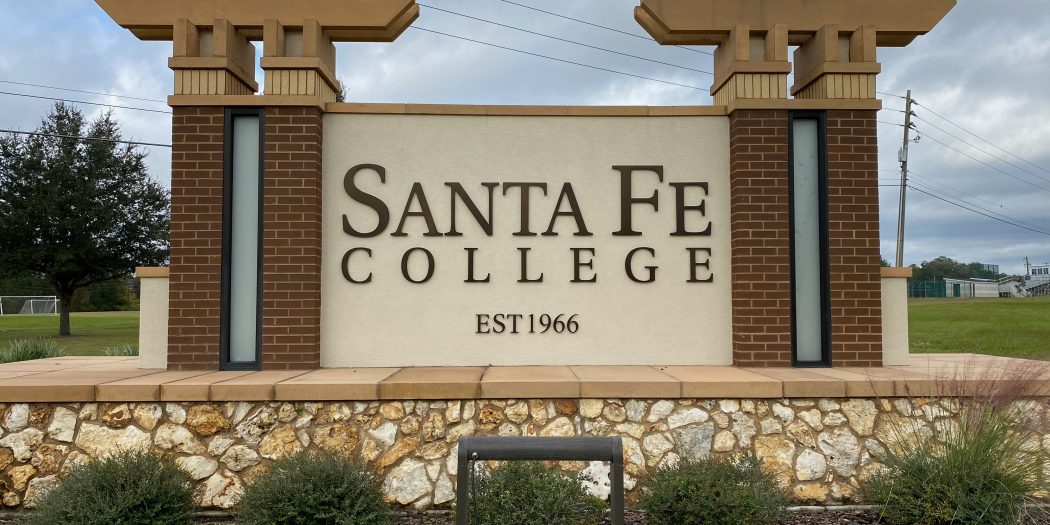 Santa Fe College extended a lucrative, five-year contract for its campus bookstore with Barnes & Noble without soliciting competitive bids, and it failed to verify that the company has been paying all commissions so far as required on bookstore sales, according to a new state audit.

The review by the Florida Auditor General warned that inadequate bookkeeping by Santa Fe – one of the state’s 28 public colleges and universities with roughly 22,000 full- and part-time students – represented an increased risk that Barnes & Noble might exploit the college under its bookstore contract. The audit did not identify any specific payment shortfalls.

The Barnes & Noble division that runs college bookstores reported $2 billion in sales and a $24 million loss in 2019. Its subsidiary paid Santa Fe $732,084 in commissions in 2018, but those payout figures were never verified as the correct amounts, the audit said. The original contract expired in November 2018.

The 28-page, original Santa Fe contract requires the bookseller to provide an audit to college officials, according to a copy of the contract and extension obtained by WUFT under Florida’s public records law. The school’s former chief financial officer, Ginger Gibson, said Barnes & Noble was expected to pay for the audit, not Santa Fe, and it was unclear how much that might cost. Gibson worked on the college’s response to the state audit and said she had left the school recently for another job.

She said the audit will be available publicly once completed in the near future.

Barnes & Noble Education Inc., which runs nearly 1,500 college bookstores across the United States, warned investors earlier this year that the market to operate college bookstores is increasingly competitive due to pressure from rival companies, especially in efforts to keep existing contracts or renew contracts when they expire.

But Santa Fe never asked Barnes & Noble or those rival companies – including Follett Corp., BBA Corp. and others – whether they could give Sante Fe students or administrators a more competitive contract with lower textbook prices, the audit said. College textbooks can cost students more than $1,000 each year; the Santa Fe contract allowed Barnes & Noble to charge students up to a 24% profit margin for new textbooks.

Nevertheless, Santa Fe stood by its decision to renew with Barnes & Noble. The original contract allowed for it to be extended for up to two additional five-year terms. It included a termination provision where either side can end the contract with 180 days’ notice. It also required any other bookseller that took over the store’s operations to buy Barnes & Noble’s excess inventory at 50% of its retail price.

The bookstore controversy represents one of the first complications awaiting Santa Fe’s incoming new president, Paul Broadie, after Sasser officially retires effective Feb. 1. Broadie did not respond to phone calls, emails or messages left with his former college administration about the bookstore controversy.

Under its Santa Fe contract, Barnes & Noble was supposed to collect 14.1% of most sales up to $7 million, then 15.1% of most sales over $7 million, including a minimum of $900,000 payment the first year and at least $300,000 per year afterward. The contract required Barnes & Noble to submit “a detailed statement” each month of commission payments.

Florida’s Legislature has increasingly scrutinized public spending at the state’s colleges and universities, and earlier this year the president of the University of Central Florida resigned over a scandal involving the school improperly using at least $38 million in state funding to construct a campus building. The University of South Florida last year acknowledged misusing $6.4 million on a construction project. The University of Florida earlier this year fired its vice president for student affairs and accepted the resignation of the associate vice president for student affairs amid complaints about the misuse of millions of dollars in public money.

After those incidents, lawmakers in Tallahassee directed the Board of Governors, which oversees the state university system, to investigate complaints of waste, fraud and mismanagement at universities.

The Auditor General serves as the state’s watchdog. It conducts audits on district school boards, local governments, nonprofits and more. State colleges and universities are audited roughly every two years and at least every third year.

The audit also determined that Santa Fe paid the contractor of a building addition and renovation before the inspection process was complete, which violated state law. College staff agreed to follow formal procedures in the future.

Brianna is a reporter for WUFT News who can be reached by calling 352-392-6397 or emailing news@wuft.org.
Previous The Point, Dec. 18, 2019: Gainesville City Officials Worried About Budget Hole That A New State Bill Could Create
Next City Of Hawthorne Prepares For Long-Desired Community Recreation Park Additions