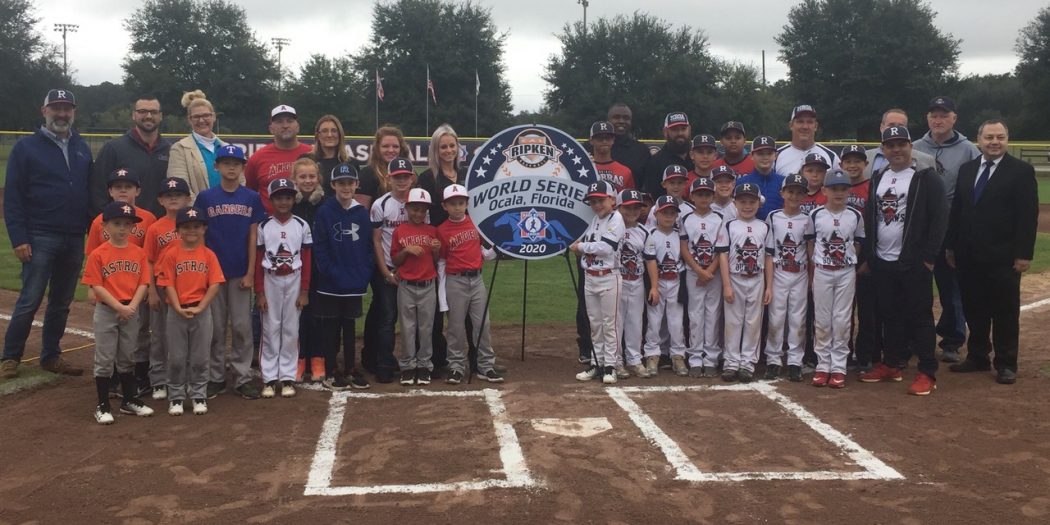 For the fifth time since 2010, Ocala will host the Babe Ruth League World Series, but next summer the baseball championship will rest on the tiny shoulders of 7 and 8 year olds.

Up to 25 teams from eight regions across the U.S. will compete at Ocala Rotary Sportsplex to be the last rookie team standing in the league’s Cal Ripken Division.

The nine-day tournament is set to begin Aug. 3 and will be nationally televised, according to local and national officials involved with the event.

While Ocala has hosted the league’s divisions for 10, 12 and 14 year olds, everyone from local organizers to parents to elementary school pupils are excited to host the rookie division tourney.

“It’s a little unreal,” Rotary Sportsplex board president Ralph Long said. “We’ve got a lot of work to do to, but everybody’s excited here.”

It’s only the third such championship; the first two were held in 2018 and 2019 in Jensen Beach near Port St. Lucie. The rookie competition makes use of a pitching machine to allow for more hittable balls at the plate and field action, according to the Babe Ruth League website.

“Fear of actually being hit by a pitched ball is diminished,” the website states. “It makes the game safer and improves the playing confidence and ability of all participants.”

The last time Ocala hosted a Cal Ripken Division World Series was in 2016. Ten 12-year-old teams competed in that tournament. The league will invite as many as 25 of the country’s top-ranked rookie teams at the end of the 2020 regional tournaments.

Babe Ruth League officials scouted prospects in several states to host the event, but its vice president, Rob Connor, said Ocala was the best choice because of its accessibility from every region in Florida and its proximity to Orlando International Airport.

Connor, who’s based in Hamilton, New Jersey, also said Rotary Sportsplex has a five-year deal to host the rookie World Series, starting in 2020. If all goes well then, the league could potentially add World Series tournaments for the 9- and 12-year-old divisions, Connor said.

“We just felt that we would be in great hands hosting it in Ocala,” he said. “They do a phenomenal job welcoming people.”

“It’s giving our boys something to look forward to,” said Andy Martinez, whose 7-year-old son Adageo plays in the Rotary Sportsplex rookie division. “Some of these kids will never get another chance like this again.”

Marion County will spend $30,000 to install fiber-optic cables underground to allow the games to be on TV, according to Corry Locke, a group sales coordinator with the Ocala/Marion County Visitors and Convention Bureau, who worked with local officials to secure the tournament.

The 2016 World Series generated $1.2 million in economic development, according to an economic impact study, Locke said. The 2020 tournament could draw $700,000, he said.

Baseball and softball drew $5.3 million in economic impact to Marion County in 2018 after hosting 14 tournaments at the local, state and regional levels, said Jim Couillard, director of the county’s parks and recreation department.

“The better we get at hosting these events, it’s only going to keep coming back to us,” Couillard said. “That’s the way we pay back our community and businesses that all support us.”

The coming World Series has the area’s rookie players beyond inspired. Out of an estimated 300 who will play in the division in the spring, only 12 will get to represent Ocala in the tournament.

“The extra competition is getting kids working hard on the field,” said Joey Lourenco, an assistant coach for his son Beckett’s rookie team at Rotary.

Courtney Miller’s sons Jack, 8, and Jeffrey, 10, have played at Rotary since they were 4. Miller said excitement at home “has gone through the roof” since the World Series announcement.

“My son wants to be the best player he can possibly be,” she said of Jack.

Parents like Dana Hawkins are quick to remind themselves that it’s best not to push too hard.

“I know some kids spend hours on hours at the field, but he’s a kid,” Hawkins said.

Referring to her son Channing, 7, she added: “I don’t think it makes him any better of a player. You have it or you don’t.”

Alcino is a reporter for WUFT News who can be reached by calling 352-392-6397 or emailing news@wuft.org.
Previous The Point, Nov. 19, 2019: One Year After Paul Williams Was Charged With The Murders of His Wife And Daughter, Is He Mentally Fit To Stand Trial?
Next Rising From The Roots