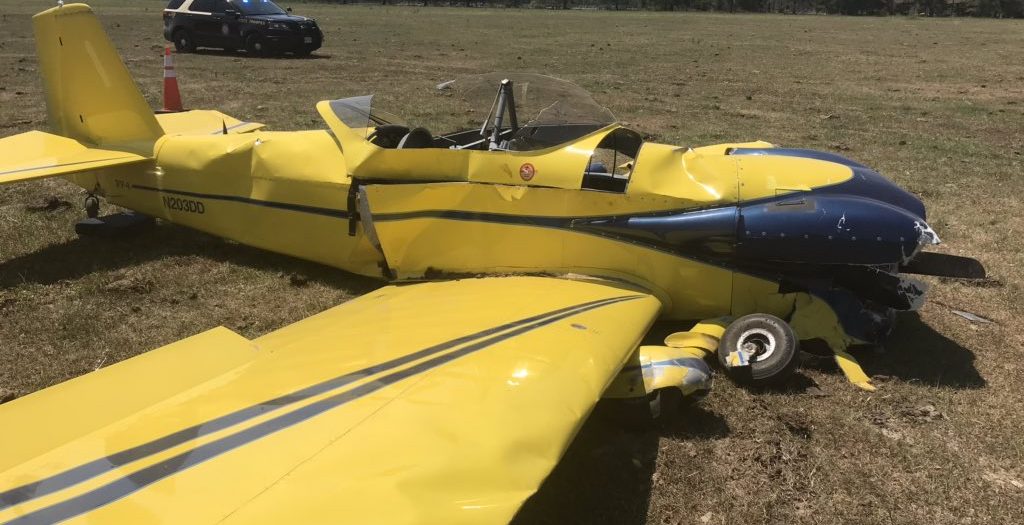 One of the planes involved in a collision in the Green Cove Springs area. (@FHPJacksonvile)

Authorities say two small planes have collided while flying near a Florida airpark.

A Federal Aviation Administration statement says the collision happened shortly before noon Wednesday while the planes were flying near Haller Airpark in Green Cove Springs.

The Clay County Sheriff’s Office says deputies and detectives responded to the crash sites. One of the planes went down in a wooded area near the airpark, while the other was located at the Clay County Fairgrounds, several miles (kilometers) north of the airpark.

Officials didn’t identify the occupants of the planes or say whether there were any deaths or injuries.

The FAA will investigate, and the National Transportation Safety Board will determine the cause of the accident.

The Associated Press is a wire service to which WUFT News subscribes.
Previous Gainesville Police Ask For Public’s Help To Stop Gun Violence
Next May 29, 2019: Afternoon News in 90