Florida lawmakers are considering enlisting financial advisers to help against scammers who try to empty the bank accounts of Florida’s elderly.

A House bill, HB 143, on Tuesday unanimously passed its second committee approval. It would let stockbrokers or financial advisers temporarily freeze the assets of “vulnerable adults,” or people who need assistance doing daily tasks, when they suspect a client is being exploited by someone with fraudulent intentions.

“It slows these bad transactions from happening,” Donalds said. “Once the money is out the window, it never comes back.”

Under the law, the Florida Office of Financial Regulation would look into the possible fraud during the freeze period.  Brokers could also extend the freeze by 10 more days, or cancel it if they find no evidence of attempted theft.

The bill would allow brokers or any bank employees who deal with investment accounts to freeze those accounts, excluding lower-level employees such as clerks.

A similar bill nearly passed last year but failed because the session ran out, Donalds said. The bill’s final review will be in the Commerce Committee. Its Senate companion bill, SB 1466, was voted favorably in its first committee Monday.

The bill includes no penalty for advisers who may take advantage of their new authority and freeze accounts of clients who try to stop using their services, said attorney Shannon Miller, legislative co-chair for the Florida Bar’s Elder Law section. He said there should be safeguards in place.

A lobbyist for the Florida Bankers Association, Kenneth Pratt, said banks already have a fiduciary responsibility to clients.

“You have to look at the good you can do versus the potential fraud that could open up,” Pratt said. “This bill has good intent, perfect intent. That doesn’t say there won’t be potential to misuse it, but you have that with any law, really.”

Donalds said financial advisers could be empowered to freeze accounts if they had “marks beyond a reasonable belief” that the vulnerable investor was being influenced.

“Financial exploitation can happen with this bill or without this bill,” he said. “That can happen today, under current law, somebody can be unscrupulous and do that.”

When Attorney General Ashley Moody took office at the beginning of this year, she said she’d prioritized fraud against Florida’s elderly. Moody’s office is reviewing the bill, said Kylie Mason, the spokeswoman of the Attorney General’s office.

“When it comes to legislation like this, a careful balance has to be struck between allowing seniors to control their monies and investments that they worked their whole lives for and protecting seniors from unscrupulous and deceitful fraudsters who seek to prey on them,” Mason wrote in an email.

Meryl is a reporter for WUFT News who can be reached by calling 352-392-6397 or emailing news@wuft.org.
Previous Morning News: March 28,2019
Next ‘Take This Seriously,’ Judge Tells Man Charged In Theft of Santa Fe Zoo Animals 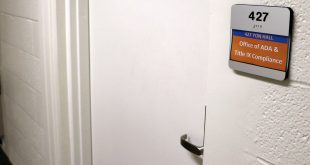 One senior at the University of Florida submitted a detailed written description of her assault – anonymously – to one of a new series of Twitter survivor accounts emerging around the United States, intended to empower victims and warn fellow classmates.