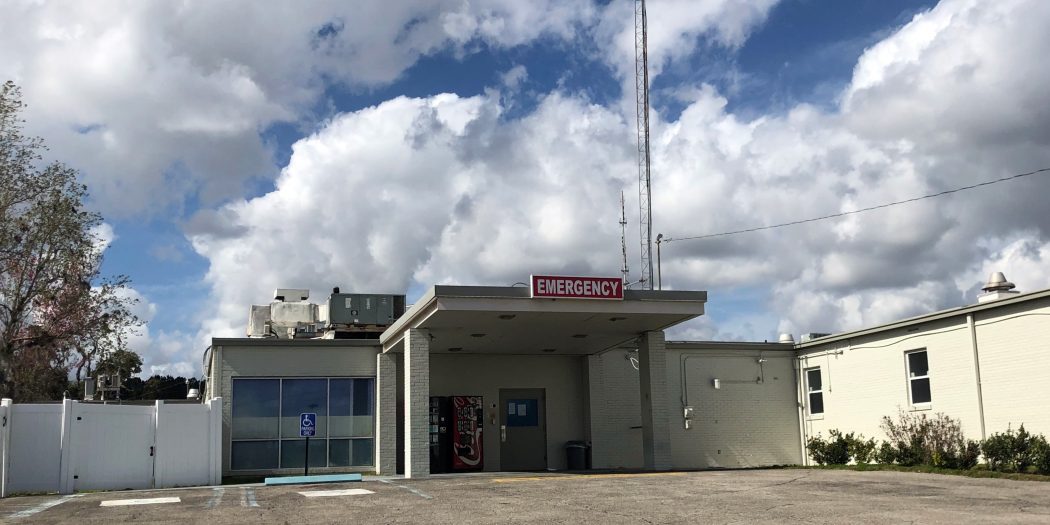 Williston’s struggling Regional General Hospital has managed to make the first seven required weekly payments on its delinquent utility bills. The hospital was initially paying the city $5,000 each week to clear its debt, but on Friday, the payment increased to $15,000 for each installment.

Between August 2018 and January 2019, the hospital accumulated more than $58,000 in utility bill debt owed to the city, which provides electricity, water and other utilities for the area. At a Jan. 14 meeting, the Williston City Council approved the repayment plan in a 4-1 vote.

Hospital owner Jorge Perez proposed the plan via email to the city council members. The payments scheduled through March 8 cover only the delinquent utility bills from the August 2018 to January 2019 period of time, meaning that should the hospital accrue any additional debt during the repayment period, it would be expected to continue paying at least $15,000 per week until the outstanding balance is completely cleared.

The repayment plan allows the hospital no exceptions, deviations or extensions from the approved payment schedule without the consent of the Williston City Council. In addition, should the hospital not pay the full amount of each installment by 4 p.m. on the indicated date, the repayment plan will be declared void, with utilities being cut off the next business day.

If that happened, the hospital would be required to pay the entire outstanding balance, penalties, additional deposits and reconnection fees. Only then will the city resume utility services.

In addition to the delinquent utility bills, Williston’s hospital owes more than $331,000 in unpaid real estate taxes and nearly $51,000 in tangible taxes, according to Michelle Langford, supervisor at the Levy County Tax Collector’s office.

Williston city manager Scott Lippmann said this is not the first time the hospital has had serious financial problems, but the repayment plan is a first.

At Williston’s Regional General Hospital, Lippmann said, the emergency room is seen as a critical step in the process of transporting trauma patients.

“Particularly in this hospital, they look at their job in the emergency room as stabilizing patients and starting appropriate treatments to buy them time to get into Gainesville and Ocala,” Lippmann said.

Losing a rural hospital can be tragic for the community, Ham-Ying said.

“There is a lot of potential for trauma in rural areas with farming and agriculture,” Ham-Ying said. “You don’t want to have to travel very far if you have an injury.”

Pete Burger, a 22-year-resident of Williston, worries about having to commute in order to be treated for a serious injury.

“I have a hobby of smoking meat,” he said. “I am kind of nervous that if I cut my finger I would have to drive all the way to Gainesville for a sliced finger and then the ER takes six hours sitting there.”

The clinic portion of the Williston hospital, which services people from Levy, Gilchrist and Dixie counties, is currently open, but the ER has been closed since December in an effort to save money on payroll costs and equipment maintenance. Lippman said hospital officials tentatively plan to reopen the ER at some point in March.

“We have been trying to work with them because we clearly do not want to lose the hospital,” Lippmann said. “We’re really working with them to help them get back on an even keel, so to speak.”

Joe Koren, an X-ray technician at Regional General Hospital, explained that even though the clinic is operating, most people believe the entire hospital is closed.

“We are struggling a bit, but we’re turning it around,” Koren said. “Our primary goal is excellent care to our patients, but what is hurting us is that everyone thinks the hospital is closed — out of business — and it’s not.”

The clinic portion of the hospital is open Monday through Friday from 8 a.m. to 5 p.m.

Perez, the Williston hospital’s current owner, purchased the debt-ridden hospital in 2016 from the previous owner, Dr. Devaiah Pagidipati, who also faced financial struggles in his two-year ownership of the hospital.

Perez is the CEO of multiple companies and LLCs that own rural hospitals in communities across the nation. He bought many of them when they were struggling financially. Lippmann said many of the rural hospitals bought by Perez and his companies face financial situations similar to Williston’s.

Perez, who owns Regional General Hospital through Regional Health Partners LLC, was unavailable for an interview after requests via email and phone.

Raj Ravi, CEO of the hospital, also did not return repeated calls for an interview.

Burger said the community of Williston wants the hospital to stay open but remains skeptical with the high turnover of owners.

Burger thinks Perez will walk away from the hospital when the payments increase, giving way to an opportunity for both new ownership and a new vision for the hospital.

“I think the county needs a community hospital,” Burger said. “More along the basis of Lake Butler, which is what they had before when they were profitable offering geriatric, psychological and hospice care with swing bed programs and things like that.”

Lippmann remains hopeful the hospital will be able to resolve its financial problems.

“I think the big step for them will be going from $5,000 a week to $15,000 a week,” Lipmann said. He indicated that the hospital is counting on reimbursements for services that they have already provided and is banking on the timing of those to create the cash flow it needs support the increasing payments.

“They have been making payments on time, which is what we were hoping for,” Lippmann said. “We’re basically going week-to-week right now.”