Hank, A Friendly Feline, Helps Those In Need At Child Advocacy Center

When you walk through the doors of the Child Advocacy Center, the room is filled with toys, books, crayons, and a cat who goes by the name of Hank.

Hank started out as just a typical office cat who showed up on the doorsteps of the Center, located at 500 E. University Ave. Suite A, a little more than two years ago.

“Hank… is a really laid back cat, who showed up on our doorstep,” said Sara Neal Johnston, the Child Advocacy Center’s Lead Therapist and Clinical Supervisor, “and we adopted him.”

Johnston is also Hank’s owner. Johnston said although Hank started out as an office cat, he now serves as a co-therapist and is known as the Advo-cat. His job: Stroll around the center, and help out wherever he is needed.

“Hank just walks around, checking on everybody. The kids are really good with him. There are several clients that request him in their session so he is a co-therapist,” Johnston said.

Margot DeConna, director of development at the Humane Society of North Central Florida, aided with Hank’s official adoption. Prior to working at the Humane Society, she was an employee at the Child Advocacy Center for many years, and while there, she noticed the desire for a therapy animal.

“For six-and-a-half years, we talked about how amazing it would be to have a therapy pet, whether that was for children who were doing their forensic interviews in the Center or during their play therapy sessions. It was just not something that we could ever really make happen,” she said. “We were able to get some volunteers who had therapy dogs to come by once a week so that the kids could see the therapy dog, but we weren’t able to have one of our own.”

Fortunately for them, Hank showed up on their doorstep one day to fill that void.

“I am a big fan of male orange Tabbies,” DeConna said. “My veterinarian once told me that they are the friendliest of all the cats.”

The Center is a place where social workers, counselors, law enforcement officers, state attorneys, victim advocates, medical professionals and others work to aid each child. Many of the children they deal with have gone through a major trauma.

Hank, just by being a cat, helps them heal.

“A lot of kids that have been abused, especially sexual abuse, they have no sense of boundaries, personal space, body safety… because they have been so horribly violated. Hank helps them with that. All they know is grabbing and grabbing at a person or an animal,” Johnston said. “And he helps them learn that you know that’s not OK.” 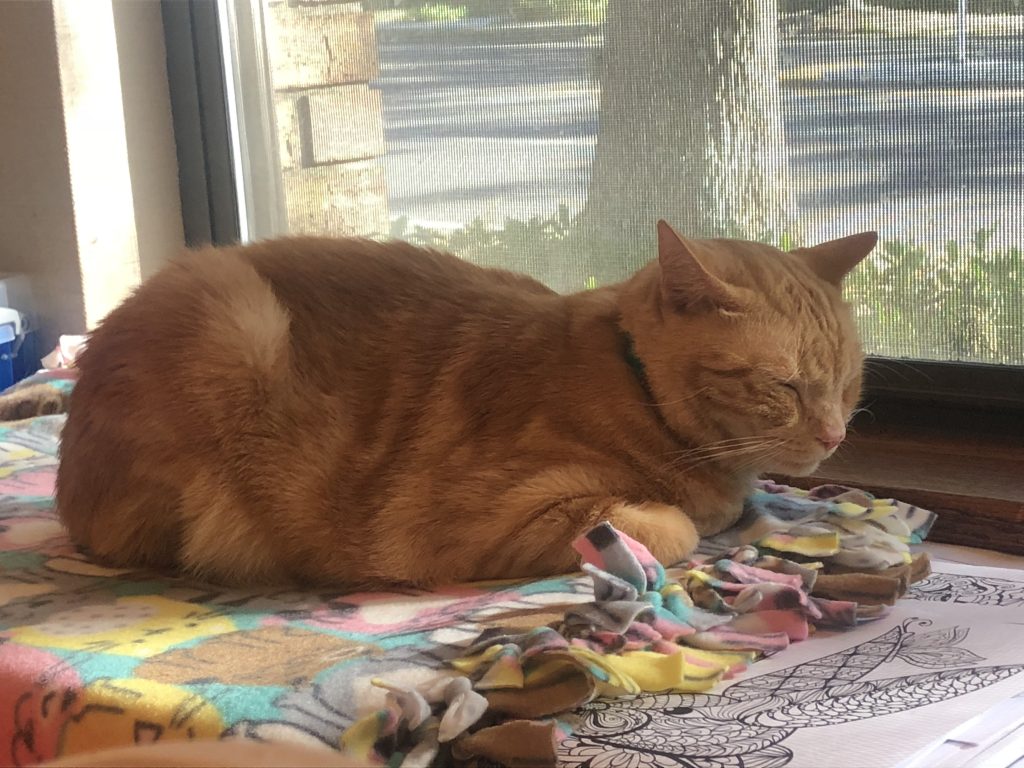