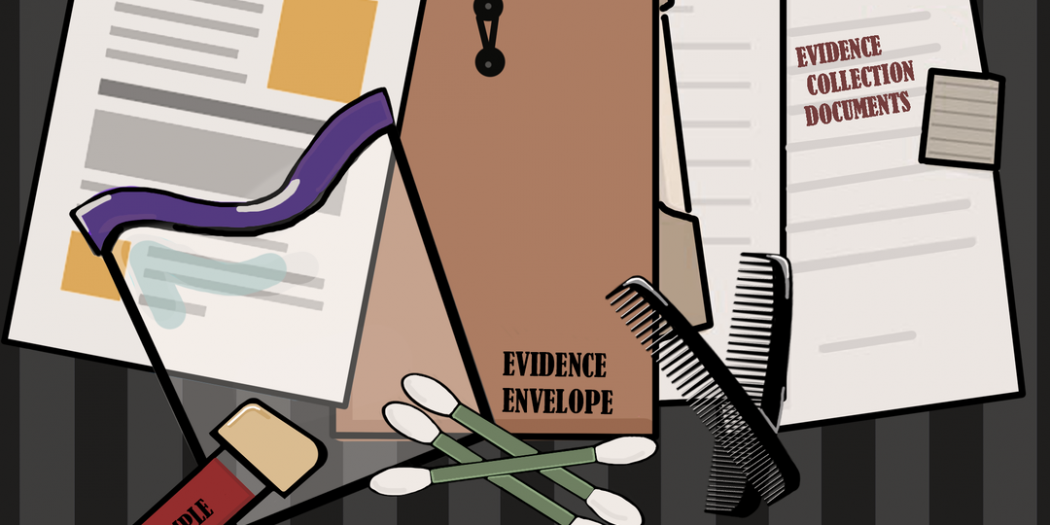 Sexual assault kits are one of the few tools that survivors and law enforcement have for making arrests and obtaining convictions. The package includes: bags and paper sheets for evidence collection, combs, documentation form, envelopes, instructions,materials for blood samples, and swabs. (Illustration by Katherine Lugo/WUFT News)

Where Florida Stands On Processing Its Sexual Assault Kit Backlog

Forty years after she was sexually assaulted, Kathy Thomas — who started out with just a piece of paper and a business card from Marion County Sheriff’s Office Investigator — has a case number and a package filled with 50 pages filled with information about her assault in 1978.

What she does not have, due to the passage of time and an unfortunate set of circumstances, is justice.

Florida has faced a rape kit processing backlog since 2015. Florida Department of Law Enforcement released The Sexual Assault Kit Progress Report in July. Some 6,000 previously submitted kits that were part of the backlog have now been processed, with more than 1,000 still to go by June 2019.

Processing the kits and inputting offender DNA into a national database can aid the process of seeking justice for victims of sexual assault.

Thomas, then 22, was a college student residing in Gainesville when she decided to walk home from a New Year’s Eve party in Marion County. She encountered a man on US 441, who offered her a ride home. Little did she know the man would not take her home.

Instead, he turned back to Marion County.

“He wouldn’t let me get out. I was afraid I was going to die.”

Thomas was taken into a wooded area off us 441 where she was sexually assaulted. Afterward, the man drove her to a public area off the highway and let her go. She called a friend in Gainesville who picked her up at a convenience store. She went to Shands Hospital to get a rape kit and to the Alachua County Sheriff’s Office to file a report.
​
The man was arrested after Thomas recognized him in a lineup.

The case was later transferred to Marion County. She recalls her attorney and the prosecutor asking her what she says were “a series of grueling and embarrassing questions,” informing her she did not have a case.

Thomas said she ultimately lost her courage and did not pursue the case.

Fast forward 40 years later, Thomas, now 62, wanted to know what happened with her case. She decided to make the two-hour drive from Merritt Island, where she lives now, to the Marion County Courthouse. She spent $50 on copies ($1 per page of paper) of her case package filled with information about her case and the officer who took her statement at Shands Hospital in 1978. When she drove to the Alachua County Sheriff’S Office she discovered that her rape kit was destroyed not long after she refused to pursue her case back in 1978.

Thomas’ case is just one among many similar cases where rape kits are sometimes destroyed or pending submission for processing.

After reporting a sexual assault, a rape kit, a package which provides different instruments to collect the necessary evidence, is used to collect DNA samples. With the help of this kit, a forensic team will be able to identify the perpetrator’s identity and bring justice.

Lauren Lettelier, a spokeswoman for Marion County Sheriff’s Office, said processing of its rape kits is now up to date.

“We don’t test them if the person decides to drop the charges. All active cases are tested,” Lettelier said.

Alachua County was largely spared the problem of untested kits.

“Fortunately, Gainesville was not hit hard by this issue like some of the larger communities in Florida and around the country,” said Laura Kalt, director of Alachua County Victim Services and Rape Crisis Center. The center provides multiple services for sexual assault victims from counseling to employment opportunity, and advocates who accompany the victims through criminal justice legal process.

The Alachua County Victim Services and Rape Crisis Center is one among the many organizations that help victims get through these difficult times.

If you or a loved one are a victim of sexual assault, contact The Alachua County Victim Services and Rape Crisis Center at 352-264-6760, or Report Rape Gainesville.

Katherine is a reporter for WUFT News who can be reached by calling 352-392-6397 or emailing news@wuft.org.
Previous Voter Turnout Could Hit 50-Year Record For Midterm Elections
Next Oct. 18, 2018: Afternoon News In 90 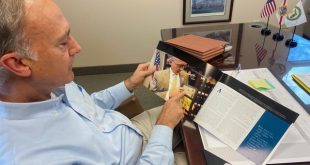