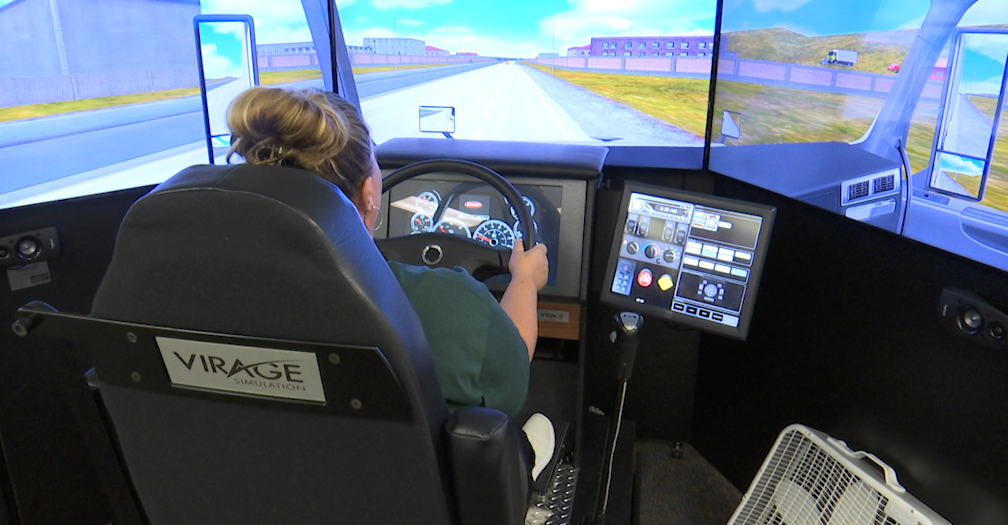 Adrian Green has been fascinated with trucks since he was a child.

“Growing up I always had toy trucks… Tonka Toys, Toys R Us trucks, BP,” he said.

Green grew up near a refueling center for semi-trucks and interacted with their drivers.

“I would wave to the drivers to honk and I would chase them to hop in the back,” he said. One driver was even nice enough to let Green see the ins and outs of the truck.

The shortage is despite pay ranging from $40,000 to $100,000 per year. Marion Technical College geared up to train drivers after two local high schools took over the training for package handling. Both roles support the large distribution centers Marion County is attracting.

The program is eight weeks long and requires at least 1,000 miles to be completed with at least 20 percent coming from driving overnight. The course is taught by experienced truck drivers like Rickey Monroe. Monroe became a truck driver in 1999.

Since then, he retired from being behind the wheel, instead finding his passion in teaching the next generation of drivers. He previously taught at a different school where it was only a three-week program. Monroe said he feels Marion’s program is better because “you get to mold them more into a truck driver than learning to drive. You’re actually teaching them how to be out in the industry and survive in it.”

The students are taught by a simulator before they get behind the wheel. It can simulate different weather and traffic conditions and shows how a tractor-trailer behaves. Students reacted well to this according to Monroe.

“They loved it, they love the simulator. What it does is they get comfortable in a simulator so that there is not so much nervousness getting into the truck,” Monroe said.

Today’s eight graduates all have accepted job offers or are weighing their options.

Vanessa is a reporter for WUFT News who can be reached by calling 352-392-6397 or emailing news@wuft.org.
Previous Alachua School Board Voted It Down, But In Clay County, Guardian Program Is Running Smoothly
Next Oct. 15, 2018: Evening News in 90