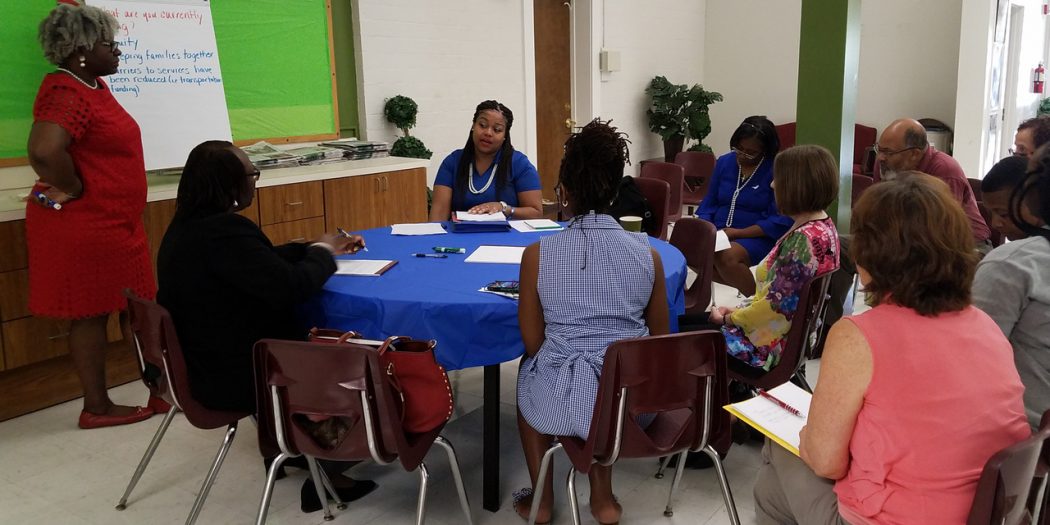 ‘It Spirals Out Of Control’: The List Of Reasons Behind Gainesville’s Continuing Racial Disparity

Nothing about the statistics in a yearlong study on racial disparities in her community shocked Chanae Jackson-Baker, a lifelong Gainesville resident and activist.

“They just put numbers to what we already knew,” said Jackson-Baker, 39, whose family garnered public attention in June after her 18-year-old son was pulled from his car and handcuffed during a traffic stop by an Alachua County Sheriff’s deputy.

The figures about criminal justice, however, angered her.

According to the study, “Understanding Racial Inequity in Alachua County,” released in January, economic and educational disparities lead to disproportionate numbers of black citizens in the prison system. Black residents represent 70.8 percent of the county’s inmates despite comprising about 20 percent of the general population, the study found.

“It starts with the school-to-prison pipeline and then it spirals out of control,” Baker said.

Involvement in the justice system is one of seven areas in which researchers from the University of Florida Bureau of Economic and Business Research found significant racial disparities.

“These statistics will not surprise anybody,” Gainesville Mayor Lauren Poe told about 70 people who on Saturday attended the “Racial Disparity Town Hall.”

The city’s Office of Equal Opportunity hosted the town hall as the second in a series of community meetings about the issues highlighted in the report. The meetings are aimed at creating partnerships between organizations and the public as well as solving racial disparities in economic well-being, education, employment and child welfare.

Poe said that affordable housing is the top focus for the city commission this year, noting that it and the Gainesville Housing Authority is meeting Tuesday at 5:30 p.m. to explore strategies.

After the mayor’s opening presentation, speakers from agencies and institutions such as the University of Florida, Alachua County Public Schools, Santa Fe College and the Florida Department of Children and Families described how their teams are combating racial disparities.

“We use our assets and address our challenges with a goal of making sure people have opportunities to work at all areas of the spectrum, Ph.D. to GED,” said Alyssa Brown, senior director of public affairs for the Gainesville Area Chamber of Commerce.

“The need for more career and technical education opportunities in this area translates to potential for economic well-being for more people than you know,” Brown said.

According to Brown, 11,474 people in Alachua County don’t have a high school diploma, and 33,000 have only a diploma. The average annual income of someone without a diploma is $17,000. Those with only a diploma or an equivalent amount of education earn about $25,000.

“Together, these groups account for almost 30 percent of all the people who are over 25 in the county, so it’s a huge group of people,” Brown said.

“We’re not exactly sure what the next steps will be,” Poe said. “We’re going to digest all this and then figure out how we move forward, but your city will continue to play a leadership role.”