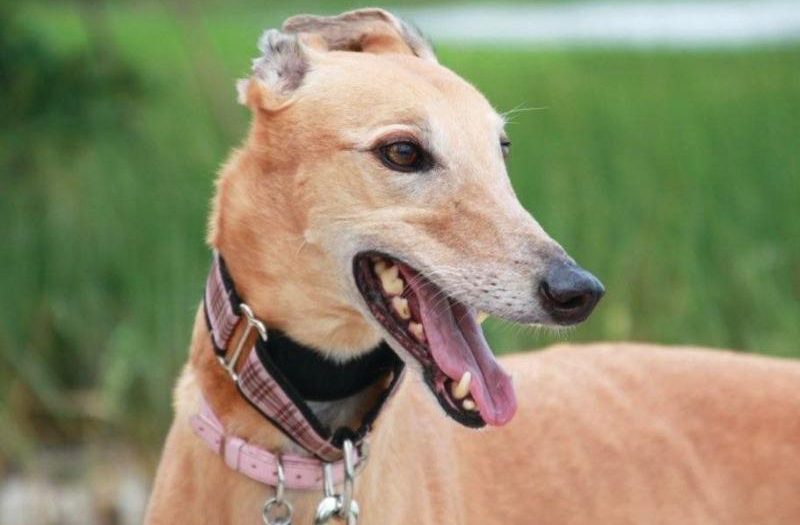 Florida voters will get a chance in November to ban commercial greyhound racing but will not vote on a measure that could have led to the expansion of charter schools, the Florida Supreme Court decided in a series of rulings on Friday.

In all, the state’s highest court decided the fate of four proposed constitutional amendments slated for the Nov. 6 general-election ballot.

— Approved Amendment 13, which would ban commercial greyhound racing in the state after Dec. 31, 2020.

— Rejected Amendment 8, which would have imposed term limits on school board members, required civic literacy to be taught in schools and taken away the exclusive power of local school boards to oversee charter schools.

— Approved Amendment 6, known as “Marsy’s Law,” that would create a series of constitutional rights for crime victims and would also increase the retirement age for judges.

— Approved Amendment 10, which would require all local constitutional officers, including sheriffs, to be elected, and would remove the ability of charter counties to modify those offices.

All of the proposed amendments under scrutiny were approved by the Florida Constitution Revision Commission, a 37-member panel that meets every 20 years and has the unique power to place constitutional changes directly on the ballot.

The most significant ruling came in a 4-3 decision removing Amendment 8 from the ballot.

Without issuing an immediate opinion, the divided court upheld a ruling from Leon County Circuit Judge John Cooper that found the school-related ballot measure was misleading because it failed to inform voters of the “chief purpose and effect” of the proposal.

The proposal was challenged by the League of Women Voters of Florida, which argued that a provision in the amendment that would allow the state to operate and control public schools “not established by the school board” would have led to the expansion of charter schools.

Supporters of the measure said it would expand educational choices in Florida and was aimed at overturning a 2008 appellate court decision that found the Legislature’s creation of a statewide commission to authorize charter schools was unconstitutional.

Patricia Brigham, president of the League of Women Voters, praised Friday’s court ruling, saying it removed “a proposal that was blatantly and intentionally misleading.”

“The backers of this proposal on the CRC went to great lengths to hide the ball because they realized that Floridians would never knowingly forfeit their right to local control over their local public schools,” she said.

But Erika Donalds, a CRC member and Collier County School Board member who helped craft the measure, said students and parents “lost today.”

“Florida voters deserved to decide on Amendment 8, not activist judges,” she tweeted. “Defenders of the education monopoly prevailed this time, but we will continue to fight for education.”

In a separate 6-1 decision, the Supreme Court upheld the placement of a greyhound-racing ban on the ballot, overturning a ruling by Leon County Circuit Judge Karen Gievers, who found Amendment 13’s ballot title and summary — which is what voters see — was misleading.

The justices rejected the argument that the proposed amendment was deceptive since it would not actually ban all dog racing because it would allow non-commercial racing, and off-track wagering on dog races in other states, to continue.

“The ballot language accurately describes the scope of Amendment 13 as being limited to racing of dogs in connection with wagering,” the majority opinion said.

Quince, the sole dissenter, wrote that the ballot proposal was “clearly and conclusively defective” since it did not fully explain its potential impact on other gambling activity in the state, including facilities with slot machines that were authorized contingent on dog racing.

The Yes on 13 Campaign, which supports the proposed amendment, hailed the high court decision.

“This ridiculous challenge was a desperate attempt to prevent voters from having a voice on whether greyhound confinement and deaths should continue,” the group said in a statement.

In another 4-3 decision issued without an immediate opinion, the Supreme Court upheld Amendment 6, which would create a variety of constitutional rights for crime victims.

Opponents, including defense lawyers, had argued the ballot language was misleading because it did not fully explain the potential impact on the rights of Floridians accused of crimes.

Greg Ungru, head of the Marsy’s Law for Florida group, said he was pleased the court found the ballot language to be “fair and accurate.”

The decision will give voters “the opportunity to decide if they believe our state Constitution should provide victims of crime with rights and protections equal to those already afforded the accused and convicted,” Ungru said.

But Howard Simon, executive director of the ACLU of Florida, said he was “disappointed” by the court’s ruling on Amendment 6.

“The amendment would upset the balance between the rights of victims and people accused of crimes by deleting part of our Constitution that balances the rights of everyone involved in a criminal case,” Simon said.

In other action, the Supreme Court unanimously upheld Amendment 10, rejecting a challenge from Volusia, Broward and Miami-Dade counties.

The proposed amendment would make five constitutional offices — sheriff, tax collector, supervisor of elections, clerk of the courts and property appraiser — mandatory and require all of the offices to be elected in each of the state’s 67 counties. It would also prohibit charter counties from abolishing or modifying those offices.

With Friday’s decision by the Supreme Court, 12 proposed amendments remain on the Nov. 6 ballot. Each measure must win approval from at least 60 percent of the voters to be enacted.

The News Service of Florida is a wire service to which WUFT News subscribes.
Previous Gainesville Commission To Hold Hearing On Police Union Contract
Next Sept. 7, 2018: Morning News In 90