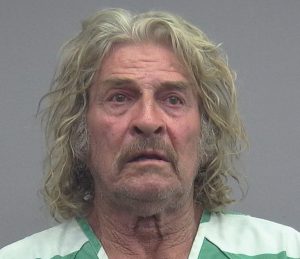 Updated, Oct. 17: Ronald Wadford was sentenced on Wednesday to 180 days in jail.

Wadford entered a plea of no contest, to which Alachua County Judge Walter M. Green handed down the jail sentence, with credit for 70 days time served. He will be eligible for release at the end of March 2019.

Original story, Aug. 10: A man was arrested Thursday night for sending death threats to the Gainesville’s NAACP president back in November 2016.

According to the Gainesville Police Department, Ronald Wadford called president Evelyn Foxx and another woman a total of 11 times in the space of two weeks threatening them — often late at night or early in the morning. He claimed to be with the KKK and said he was going to Foxx’s house to lynch her. GPD is recommending Wadford be charged with two counts of death threats and hate crimes.

Wadford is listed as homeless, and GPD officer Visvambhara Nicoloff wrote in a sworn complaint affidavit that the 75-year-old “has an extensive criminal history spanning over Florida, Georgia, Virginia, South Carolina, and North Carolina.”

Shamarria is a reporter for WUFT News who may be contacted by calling 352-392-6397 or emailing news @wuft.org
Previous One Year Later, Identity of Human Remains Found In Newberry Septic Tank Still Unknown
Next Gainesville Community Redevelopment Agency To Pilot $400,000 In Midtown Security Positions

The report found that state officials have documented and been aware of sexual abuse at Lowell since at least 2006.