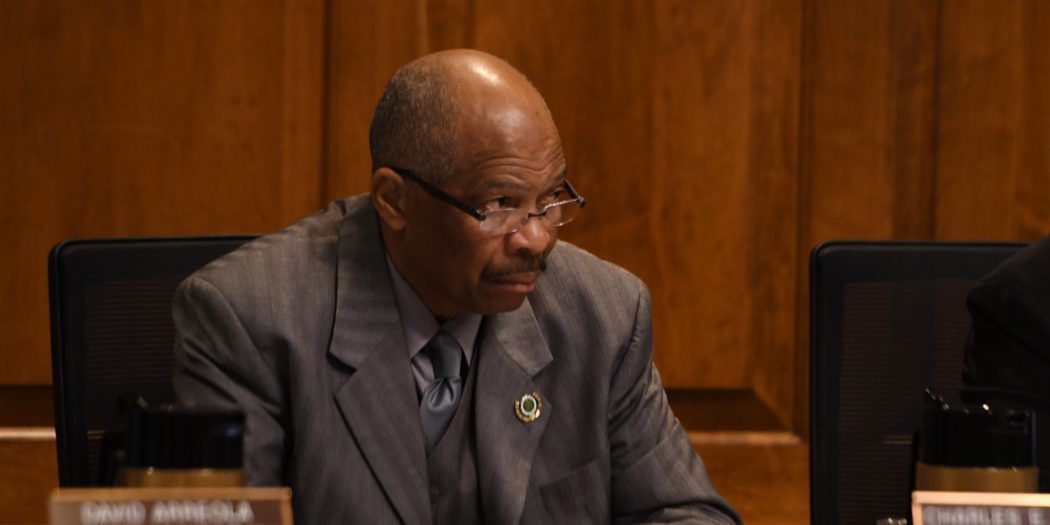 Six weeks after his defeat in a city election, former Gainesville city commissioner Charles Goston is getting back into politics.

“As no party affiliation, I can run and reach out to all parties,” Goston said. “I can reach out to Republicans, independents and Democrats. All of them will have a chance to vote for someone who’s been a public servant and has enjoyed doing that.”

Goston defeated Yvonne Hayes Hinson in 2015 to earn office. (She’s now running for Congressman Ted Yoho’s seat.) At the end of Goston’s three-year term, Gigi Simmons beat him in a May 1 runoff to push him out of office.

Goston will face an uphill climb with his late start in fundraising. Perry began taking contributions in December 2016, shortly after beating Rod Smith in that year’s election. He’s raised $382,000, while Democrats Kayser Enneking and Olysha Magruder have pulled in $280,000 and $24,700, respectively.

“It doesn’t bother me,” Goston said. “Look, how much a candidate raises does not determine the quality of the candidate.”

Qualifying for that race ends Friday at noon. Enneking and Perry each paid a $1,781.82 fee to the state to qualify, and Goston said he intends to pay it, while Magruder has been gathering petition signatures.

Ethan is a journalist at WUFT News. He's a Pennsylvania native who found a home reporting Florida's stories. Reach him by emailing emagoc@wuft.org or calling 352-294-1525.
Previous Melrose, Florida: Who Governs A Town With No Mayor?
Next Gainesville Commissioners OK Deal To Buy 700-Acre Weiss Property For Park Space