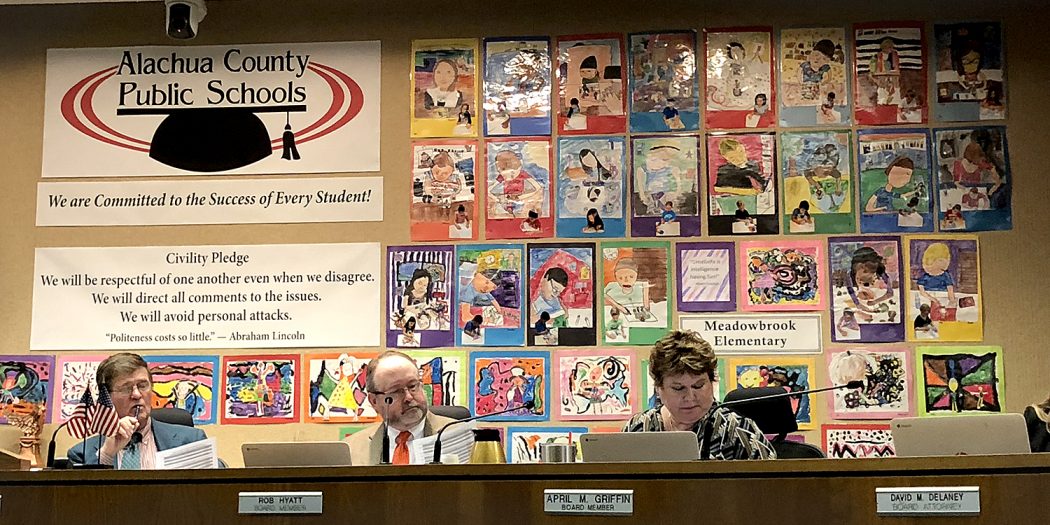 Members of Florida county school boards may soon find themselves faced with a two-term limit as a proposed constitutional amendment makes its way through the Florida Constitution Review Commission this week to be voted on for placement on the November ballot.

Proposal 43 was authored by Collier County School Board member Erika Donalds, who represents the third district in her county.

“I strongly believe in term limits at every level of government,” Donalds said.

Limiting school board members to two terms in office gives them an acceptable amount of time to be effective, enact changes and reform, Donalds said, but ensures they do not become married to the system and become entrenched as a political figure.

“I have the honor of serving on a once-every-20-years commission and I think this is the right time for the people of Florida to decide if they want term limits for their local school board,” Donalds shared.

If approved, the term limits would begin this year, meaning that school board members running for election or reelection in 2018 would be limited to two terms, each lasting four years, starting this year.

If this is approved, the cost would not be different than going through any other election, according to the director of communications for Alachua County public schools Jackie Johnson.

“The cost to taxpayers would be minimal,” Johnson said.

The proposal is now a revision called P 6003 and is linked with two other proposals which would specify which schools are operated and controlled by school boards as well as require the legislature to promote civic literacy, which would teach students how to actively participate in their community and promote change in society, in public education, according to a report of the committee’s calendar for Monday, April 16.

However, Florida school board members have various opinions about the idea of limiting the terms of board members.

“My first instinct was to go ‘No, this isn’t going to be good,'” said Becky Raulerson, who represents District 4 on the Union County School Board. “Then I stepped back and thought about it objectively and said ‘Maybe it could be good.'”

“For me, I don’t think it’s a good thing for my school district, but I can understand where it would have less of an impact on a larger school district,” Raulerson said. There is a smaller pool of talent in rural counties, Raulerson said, and some people only run to try to have control of certain decisions.

Beth McCall, who represents District 2 on the Marion County School Board, also supports the idea of implementing term limits. “I don’t think anybody should make an elected office a career,” McCall said.

Limiting the terms of school board members would give more people the opportunity to learn what their school system is like in a different capacity, McCall stated. “I think sometimes if people stay in positions too long they lose focus with what’s really happening at the ground level in the schools completely,” McCall said.

Eileen Roy, who has served 14 years representing the second district on the Alachua County School Board, said she does not think limiting the terms of school board members would be good for schools or students.

“The longer you’ve been on the board, the better grasp you have of what’s going on in terms of the diminishment and ultimately the destruction of public education,” Roy said, “and the more knowledge you have to fight back.”

Jane Crawford, the representative of District 5 on the Putnam County School Board, has a similar mindset to Roy. “If I thought there was a good reason to do this, I might agree with this, but I don’t see any good reasons,” Crawford shared. Especially with small counties, it’s hard finding people to step up and run for positions, Crawford said. “I don’t know how it would benefit students,” she added.

If approved by the Florida Constitution Review Commission, the revision will go to the Florida Secretary of State to be put on the November general election ballot. The revision requires 60 percent approval by voters in order to pass.

Ellie is a reporter for WUFT News who can be reached by calling 352-392-6397 or emailing news@wuft.org.
Previous REAL ID Act Increases Demand For Passports Nationwide
Next April 16, 2018: Afternoon News In 90

Parents and experts worry about pandemic-related learning loss as national data show millions of students are falling behind.