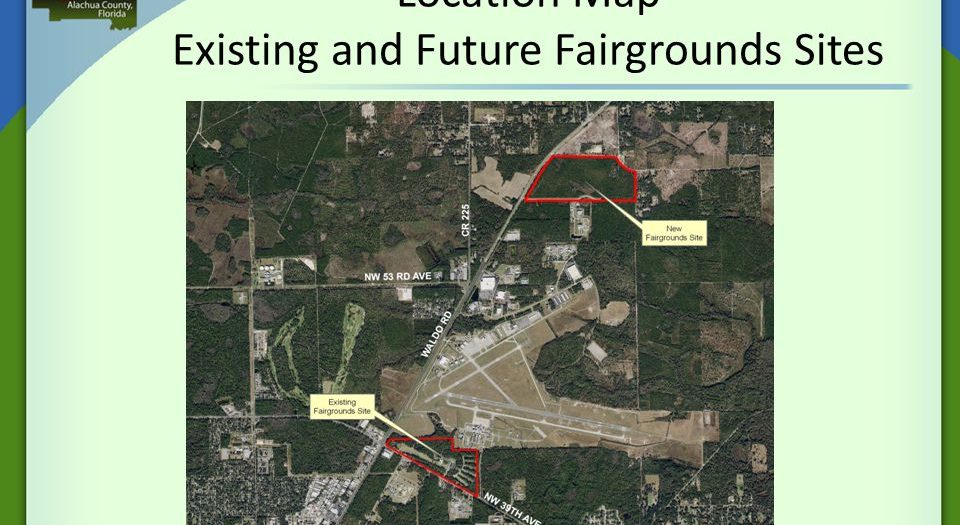 The Alachua County School Board’s request to county commissioners for hardening of the new fairgrounds to use as an emergency shelter has been deprioritized due to lack of funds.

Hardening the facility would reinforce the infrastructure to be more suitable to handle dangerous weather, such as hurricanes. The fairgrounds could then be used as an additional emergency shelter.

Karen Clarke, superintendent of Alachua County Public Schools, wrote a letter to the county commission stating concerns with using school district facilities; occupancy during hurricanes can leave the schools in an undesirable state, and the practice cuts into educational time.

“We shared our concerns with the commission about the county relying so heavily on our schools as shelters,” district spokeswoman Jackie Johnson said. “It affects the amount of time kids are in school due to schools being shut down early for those who flee their homes, and staying closed late for cleanup. The surplus needs also affects the shape of our facilities.”

According to Johnson, the school district struggled with shelters and funding during Hurricane Irma. The district’s hope was the hardening of the new facility and a new, larger shelter would lessen the burden on schools during emergency situations.

Johnson said after Irma, there were flooding and drainage issues at many schools, and damage to roofs due to wind and rain. When electrical infrastructure is damaged, it makes it hard for schools to shelter those with special needs who may require medical equipment.

“When our facilities are used by 28,000 kids and 4,000 employees every single weekday, and the schools are shut down, it means a whole lot of families are having to find some way of caring for their kid if they aren’t in school,” Johnson said.

During hurricane Irma, 16 of the 18 shelters were Alachua County schools, according to the letter by Karen Clarke. The schools had trouble accessing generators and funding all the meals they provided. Some were stuck seeking shelter in schools that had flooding and damages to roofs and electrical infrastructure due to unexpected increase in shelter demands.

In 2006, county commissioners voted to buy the Wesemen Tract, located at 4700 NE 63rd Avenue, to be the new site of the county fairgrounds.

The budget for the new fairgrounds was $25 million, but with the current plans, the total estimated cost is $42.5 million.

Clarke’s letter to the commission asked for funding to go toward hardening the facility to lessen the burden of hurricane season on the school district.

In a meeting on March 29, the Alachua County Commission decided against the school board’s request of hardening of the new fairgrounds facility due to the relocation project already being $17 million over budget. This would add another $3.2 million to the budget, according to Ramon Gavarette, director at Alachua County public works.

“State policies say that it is the responsibility of the school board to make sure that the housing and emergency shelters are available,” Pinkoson said, “but we will continue to assist them in trying to mitigate some of the unfortunate circumstances that occur as a result of any emergencies or disasters that may take place.”

According to Gina Peebles, assistant manager of community and administrative services at the board of commissioners, they will have to hold off on the hardening until they are able to receive a grant.

“Hopefully the state will see the wisdom in funding this project, to house people from all over the state. Alachua County was supposed to provide five shelters for the hurricane when it ended up being 18,” Pinkoson said, “it is the state who asks us to provide these shelters, so you would hope they will try to help out as far as funding.”

Caroline is a reporter for WUFT News and can be contacted by calling 352-392-6397 or emailing news@wuft.org.
Previous UF Student Group Assists With Syrian Refugee Resettlement In Jacksonville
Next Apr. 16, 2018: Morning News in 90