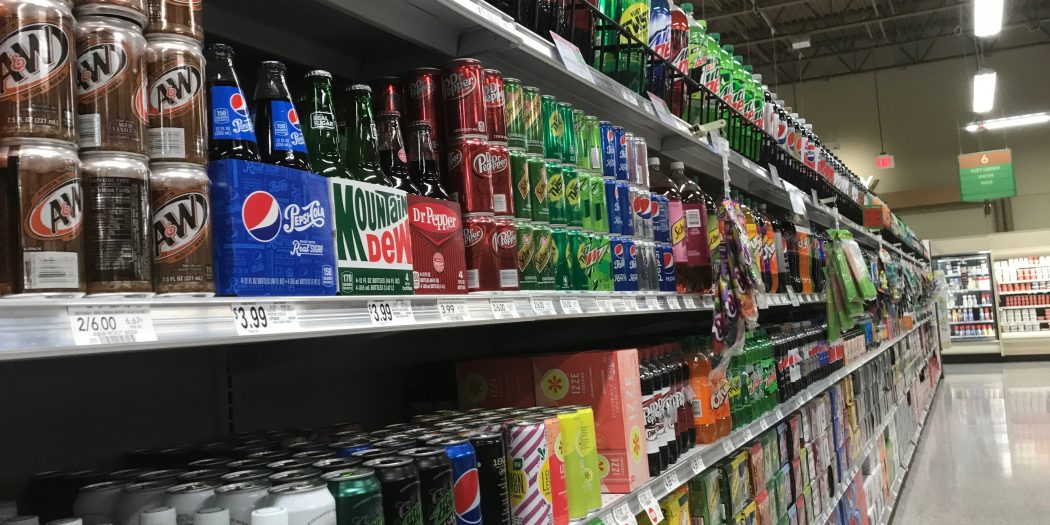 How Would Excluding Soda From SNAP Benefits Program Affect Consumers And Businesses?

Some Florida residents may face the possibility of having to choose between their sugar cravings and balancing their monthly budget.

The bills SM 1016 and HM 847, co-sponsored by Sen. Aaron Bean, R-Fernandina Beach, and Rep. Ralph Massullo, R-Lecanto in the Florida Senate and the Florida House of Representatives were introduced on Jan. 9, 2018 and would make Supplemental Nutrition Assistance Program benefits unavailable for soft drinks purchases.

The bill has not moved in either the Florida Senate or House of Representatives since Jan. 9, 2018. Now lawmakers have time until the last day of the legislative session, March 9th, 2018, to further this bill.

If signed, the legislative initiative could affect Gainesville families and businesses, as well as the soda industry.

“My intent was to basically remove soda from the Supplemental Nutrition Assistance Program to empower those individuals to make healthier choices,” Massullo said.

The Supplemental Nutrition Assistance Program was created for those people who, for whatever reason, cannot take care of themselves, Massullo said, but it has morphed into a dependency for a lot of people.

Health care costs will hopefully decrease over time by eliminating the ability to purchase soft drinks through this program, Massullo said.

According to initial data from the United States Department of Agriculture, 3,938,018 Floridians received benefits through the Supplemental Nutrition Assistance Program in November, 2017.

People using SNAP benefits make the same grocery-buying decisions as we all do, and they can decide how to best serve their families, Liz Castro DeWitt, the executive director of the Florida Beverage Association said.

Allowing the government to designate foods as “good” and “bad” would create a food code more complicated than the tax code and grow government bureaucracy without saving tax dollars, DeWitt added.

Pam Duey, a resident of Northeast Gainesville who has relied on government assistance from time to time, thinks she should have the right to make her own decisions about what she purchases with SNAP benefits.

“Telling them that they can’t buy soda pop is just another way of oppression, like forcing them to work at three or four times the value of food stamps they receive,” Duey said.

“It doesn’t make sense and is just another way to vilify Americans for being poor,” Duey said.

Michelle [last name has been withheld to protect her identity because of safety considerations], a single parent living in Gainesville, has used Supplemental Nutrition Assistance Program benefits to feed herself and her four children for more than eight years.

“Well my children do not drink soda so it really wouldn’t make much difference, but ginger ale is sometimes used as a remedy for digestive problems,” she said, “so that would be the one thing that I occasionally use for stomach upsets.”

If she could no longer buy ginger ale with Supplemental Nutrition Assistance benefits, she would also be forced to pay for it with money out of her own pocket, which is already tight.

She occasionally buys soda for herself but would have to give that up if she could no longer buy it with benefits from the Supplemental Nutrition Assistance Program, she added.

Paul Barbe, the store manager of the Aldi at 1337 NW 13th St, said that if customers were not able to use Supplemental Nutrition Assistance Program benefits to purchase soft drinks, it might affect the store’s business a little, but would not cause a big drop in sales.

“Theoretically, I would imagine it might bring it down a little,” Barbe said, “But if you want soda bad enough you’ll buy it with your own money.”

According to Barbe, people who use Supplemental Nutrition Assistance Program benefits at this store usually buy items in bulk, and soda is rarely bought in bulk, so a giant decrease in sales is unlikely.

Ellie is a reporter for WUFT News who can be reached by calling 352-392-6397 or emailing news@wuft.org.
Previous Mobile Farmers Market Offers Affordable, Accessible Produce To Gainesville Residents
Next What Will A Revamped Duval Community Look Like?