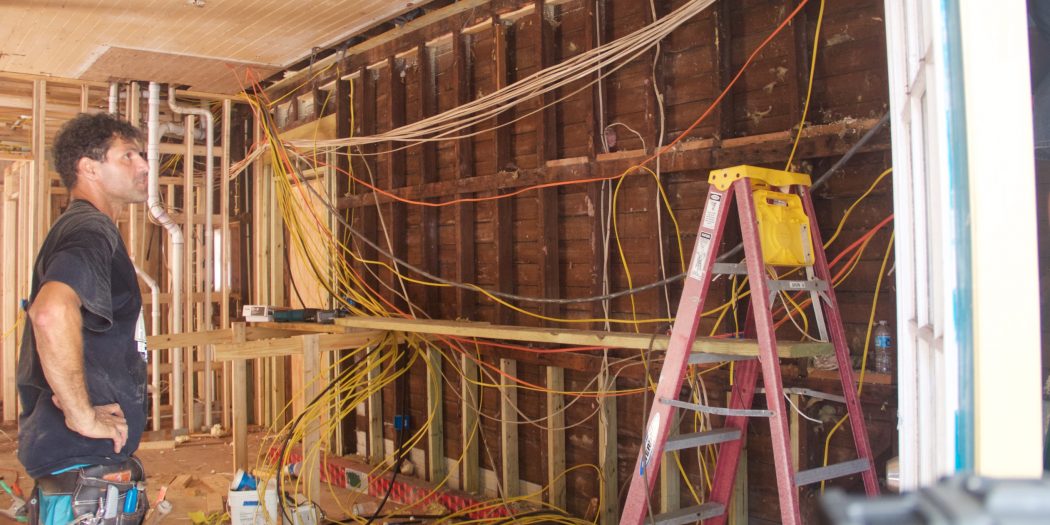 Some people in the coastal city of St. Augustine are still rebuilding their homes from the damages of Hurricane Matthew.

But what about those who had no home before the storm? The Saint Francis House in St. Augustine is under construction and still rebuilding. Tents are temporarily set up outside to give homeless clients meals, haircuts and other help.

Julie, who declined to provide her last name, has benefited from the shelter’s help for about eight years.

“They’ve always helped me. Always,” she said. “Get your clothes here. Get your food here.”

Julie is originally from Mississippi; Hurricane Matthew was the first hurricane she’s gone through in Florida. She was so nervous she had to receive medical attention.

“They actually had to help me get into the ambulance. I’m telling you, I was shaking so bad. My nerves were gone. I just knew I was going to die,” she said.

Julie and other people from the St. Francis House were evacuated to a hurricane shelter outside of the danger zone of the storm.

Judith Dembowski, the St. Francis House executive director, said an evacuation plan kept all her people safe. It was the damage to their buildings for which they were unprepared. 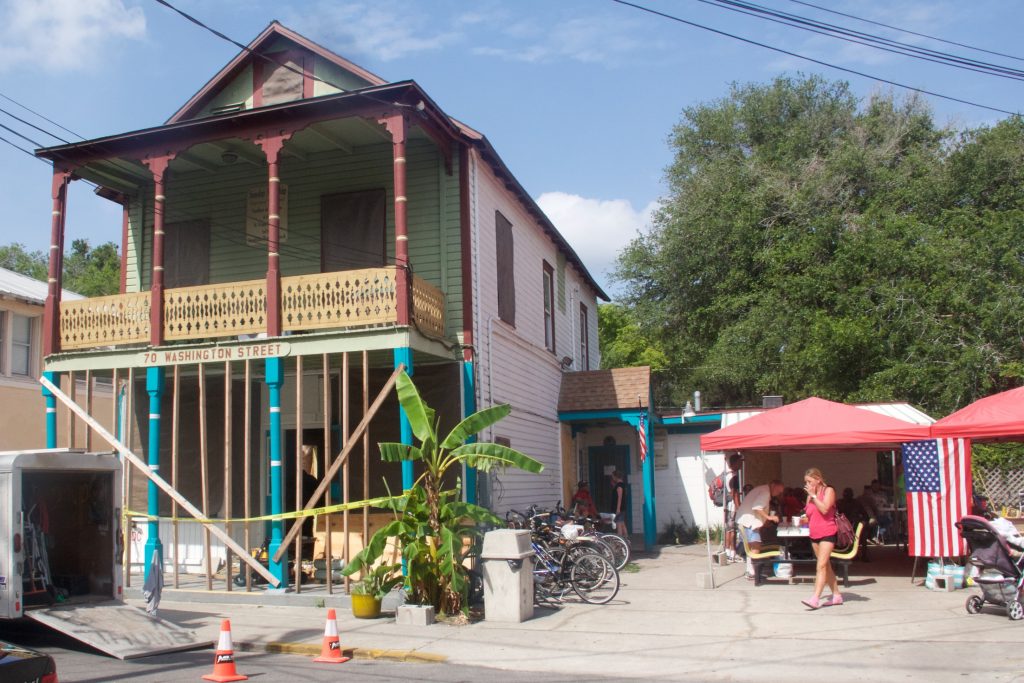 “We proceeded to lift everything up as high as we thought would be needed. We did a lot of sandbagging,” she said.

The storm water was more than anticipated.

“All of the files we had moved up about three feet — we had water about four feet.”

The shelter is rebuilding its facilities with money combined from insurance, FEMA and personal donations. Dembowski said she’s thankful for the community for helping in the aftermath of the storm. Because the aftermath is what’s really impacted them the most.

“You not only have the event, but all of the aftermath from the event,” she said.

Dembowski admits they didn’t prepare as well as possible for the impact they sustained.

“We know better for next time. We will definitely prepare for the absolute worst, should we get warning again.”

Their evacuation protocol for their clients will stay the same, she said, due to how efficient it went last season. Julie rated the evacuation procedures a 10.

“They made sure everybody got on the bus, and they even went around to find people,” she said.

The interior of one of their buildings is still full of bare wires and scaffolding. With the new hurricane season upon them, the residents of St. Francis and staff hope all the work done is not ruined before it even gets finished.

Shamarria is a reporter for WUFT News who may be contacted by calling 352-392-6397 or emailing news @wuft.org
Previous Hurricane Recovery Efforts A Challenge On East, West Coasts
Next Sheriff: Disgruntled Ex-Worker Killed 5, Then Himself In Orlando