Jordan Fisher Smith is author of the book Engineering Eden: The True Story of a Violent Death, a Trial and the Fight over Controlling Nature, recently long-listed for the 2017 PEN/E.O. Wilson Award for Literary Science Writing. He worked for 21 years as a park ranger in California, Wyoming, Idaho and Alaska, then turned to writing on the environment for numerous publications including Men’s Journal and the Los Angeles Times Magazine. He is also author of the book Nature Noir, and narrator of the documentary Under Our Skin. 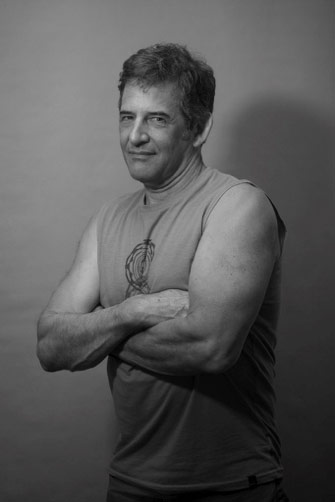 Fisher Smith was interviewed by Jordanne Laurito, a journalist and freelance photo editor for The New York Times who is working on her bachelor’s degree at the University of Florida College of Journalism and Communications.

Jordan Fisher Smith was 21 years old when he realized he wanted to be a wilderness ranger. Three years later, he found himself fighting fires in the Northern Rockies.

“The thing about fighting fires is, when you’re with a fire crew, they put you on an airplane, fly you someplace, feed you, put you on a bus, you go to a fire, then another fire – one thing you never see is your paycheck. I would get off work when the snow flew in the fall, and feel incredibly wealthy,” he said. “Then I would go skiing.”

He shifted from job to job, looking for “the ultimate ranger job,” and did everything from guided wildflower walks to criminal investigation, Emergency Medical Technician training to riding airplanes in Alaska. Finally, his 21-year career in the wilderness came to an end due to a grueling nine-year bout with Lyme disease.

Throughout his time working in the wilderness, Fisher Smith had sensed what he described a “low-level panic” among his peers, that what they were working so hard to keep natural, wasn’t quite natural anymore.

“I had wanted to write about the struggle to figure out what exactly it is we were trying to protect or restore in protected areas in the face of the profound unnaturalness of climate change,” he said.

His deep research slowly framed itself around a story that came to him over a number of years throughout his involvement as a ranger in the history of state and national parks: the violent death of a young man named Harry Walker in Yellowstone National Park.

Walker, from Alabama, was killed and partially eaten by a grizzly bear. His death spawned a heated scientific debate over the ways in which Yellowstone was being managed, and in the long run, how humans interact with nature.

Fisher Smith himself was close to nature since childhood. Born in 1955, he was raised surrounded by the Sierra Nevada mountains, the region where he makes his home today. He has indelible memories of falling asleep to the howling winds of snowstorms, and of forests full of giant redwoods. It was in the presence of those ancient, towering trees – some, he recalls, measured to pre-date the Norman Conquest of England and the Magna Carta – that he developed the sense of time and space necessary to tell a story as deep and connecting as Engineering Eden.

Harry Walker had come to Yellowstone in 1972 in search of himself. Instead, he became a tragic symbol of poor wildlife management and the killer grizzly bear. Walker’s death prompted a fierce debate over the human role in engineering nature, with some of the biggest names in wildlife biology at the time on either side.

While a tempest of people, places and ideas rage within the pages of Engineering Eden the author is a calm voice in the storm, letting the reader take it all in and form an opinion of their own.

“I wanted the artistic form of this narrative nonfiction work to resemble the endless interconnection of nature itself,” Fisher Smith said. “Instead of saying to my reader, ‘Okay, now watch this. I’m gonna try to really make this complex web of relationships right in front of you,’ I just did it.” 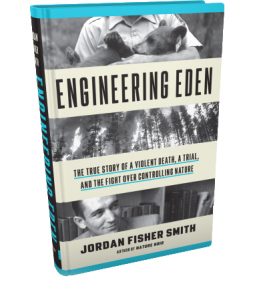 Following the theme of connectivity, it’s no accident that Engineering Eden was released in 2016, during the centennial celebration of the National Park Service. Fisher Smith says he and his team worked “very hard” to get the book out on the centennial year.

The book took many years of research. “I think it’s a work ethic of sorts,” Fisher Smith said. “When I take something on, I tend to be meticulous about completing it. This story had come to me in different shreds – bits and pieces – I didn’t know everything was connected at that time. Once I understood the wholeness of the story, I felt like I really had to tell the thing holistically.”

Today, the human impacts to Yellowstone are even greater than anyone imagined during the debates over Walker’s death. Fisher Smith feels the biggest issue facing Yellowstone is not humans, or bears, but rather climate change. “The fact that spring comes earlier, fall comes later, and in between you have drier conditions. Wetlands and ponds are drying, species are moving uphill,” he said. “Fire behavior is known to be getting more intense. Climate change is something difficult to see, so it’s important to look to science’s authoritative figures to tell us.”

Jordanne is a reporter for WUFT News. She can be reached at news@wuft.org or 352-392-6397.
Previous “Instagram Scientist” Lary Reeves Shares Beauty Of Creepy Creatures
Next Florida’s Top Lawyer Mum On Working For Trump Administration