The U.S. House of Representatives District 11 in Florida includes Citrus, Hernando, Lake, Marion and Sumter counties. Because of the new district lines, from February to August 2016, the number of active registered Republicans increased by 15,012 while the number of Democrats increased by 1,317. 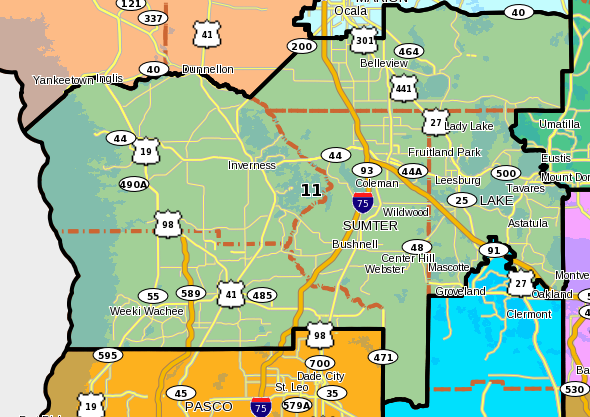 There were 75,232 more active registered Republicans than Democrats in the district as of August 1. 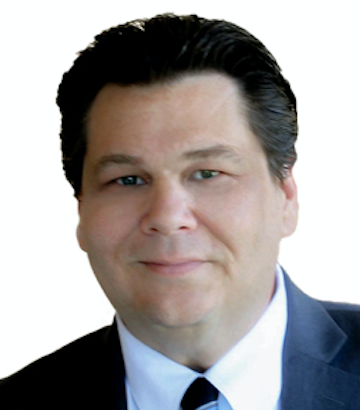 Dave Koller said he’s not going to get to Washington on money.

His campaign, he said, is people-powered, and Koller, 46, is looking to take his experience in the community to Congress.

In 1998, Koller, the Democratic candidate, opened a company, Developmental Service Trainers, to help people in Marion County with developmental disabilities learn skills to become independent in the community.

Originally from Long Island, New York, Koller has been a resident of Ocala since 1995. With his wife Victoria, he has four “incredibly independent super daughters” ranging from 14 to 23 years old.

Koller said he made the decision to run because he thought the community wasn’t being served.

He said he originally blamed Richard Nugent; now he has his sights on Daniel Webster, the Republican candidate, who moved from District 10 near Orlando to run.

“I think if you didn’t vote for me,” he said, “then you’re voting for the status quo, the career politician: somebody who’s … gotten very little done since he’s been up in Washington.”

Koller said the redistricting process does not favor him as a Democrat.

“But the fact of the matter is that right now, the lines are what they are, and that’s what we’ll run in.”

Koller said he’s a viable candidate because he’s a real person who has experienced the struggle to make ends meet.

“Get me up to Washington,” he said. “Let me loose. If I don’t make any progress in two years, I won’t run again.” 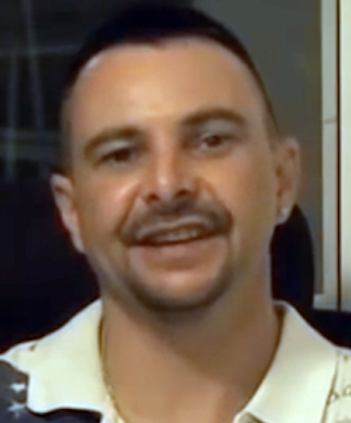 Though he’s run for Congress every two years since 2010, Raymond Bruce Riggs III, an unaffiliated candidate for the U.S. House of Representatives District 11 seat, said he doesn’t want to win.

The 14th Amendment, he said, was ratified by a fake executive order making Americans economic slaves.

Born in Long Beach, Calif., Riggs said he graduated high school after attending about five schools, including Crystal River High School, near where he currently lives.

Riggs said he’s the owner of 19 online stores, including dirtyunclesam.com and proveitsreal.com. He is also the owner of Half Price Tobacco Pipes.

Perhaps more interesting is Riggs’ past.

According to public records, in 1996, Riggs was convicted with attempting to hire a hitman to kill someone.

According to a 2010 article in the Tampa Bay Times in which detailed the charges, he was sentenced to eight years in prison.

In an email from Meredith Beatrice, the director of communications at the Florida Department of State, she said “There is not a provision in Florida law that governs the qualification of a person to hold a federal office like U.S. Senator or U.S. Representative.”

Riggs said he is confident in his research and said if anyone can prove him wrong, he’ll quit the race and even give him or her $2,000.

“If we want America to go back to being the America the founding fathers established, we need to remedy this,” he said. Webster was elected to the Florida Senate in 1998 and served as the Majority Leader and Speaker of the Florida House during his time in the Florida Legislature.

In 2015, he ran for Speaker of the House but lost the vote to Representative Paul Ryan, Republican of Wisconsin.

Webster has been a member of the U.S. House of Representatives since 2010, but after the redistricting process, has decided to move from his District 10 seat to run as the Republican candidate for District 11.

He said there has been discussion about the fact that people thought he was moving into a brand new district. He said his current district was divided into six new districts.

“I represent, which would be a large chunk when you’re dividing it six ways… about 25, 26 percent of that, the new District 11,” he said.

He said the house he lives in now is in both the current District 10 and the new District 11.

He currently serves on the Transportation and Infrastructure Committee.

He said he’s been working on issues dealing with Florida ports and airports because tourism is “one of the three legs of our economic stool” along with agriculture and construction.

Webster and his wife Sandy have six children and ten grandchildren. He is active in First Baptist Church of Central Florida where he has taught Sunday School for about 40 years, according to his website.

How to create more jobs in the district

Koller said to start, infrastructure bills need to be looked at to “once again focus on rebuilding the strength of our nation.”

He emphasized communities in lifestyles and traditions and added that more jobs will come from the promotion of renewable energy.

“First you got to know how you lost your jobs,” Riggs said.

He said 40 million jobs relocate in other countries, and most jobs have been lost because of the IRS “giving tax grants paying them to leave.”

He did not give any specific answer on how to create jobs.

Webster said he thinks we can create jobs by building roads, increasing ports and moving goods and services with the help of the ports.

Why you should vote for each candidate:

Koller describes himself as a “grassroots guy” who didn’t set out to be a congressman but instead wanted to fix “the stagnation and lack of communication in our government.”

Riggs said he does not want people to vote for him.

“I don’t want my life to change,” he said. “But at the same time, I feel like every American has the right to know how they’ve been lied to about politics and history and government.”

Webster said he’s tried over the years to show himself as “someone who is honest, trustworthy and who would never do anything to harm people intentionally.”