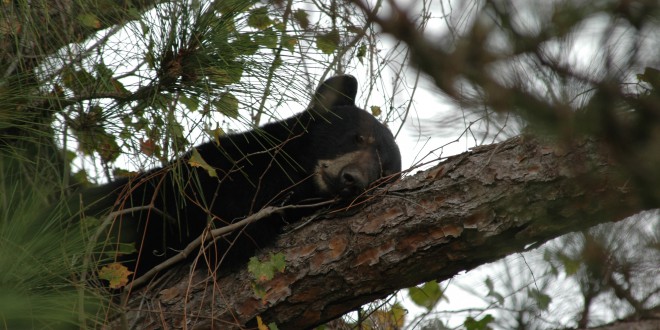 Wildlife officials are warning Floridians to be aware of bears as the mammals become more active during the fall season.

Bears are drawn to neighborhoods in autumn for the easy access food in garbage cans as they begin to prepare for winter, and the animals can require up to 20,000 calories a day, according to a press release Tuesday from the Florida Fish and Wildlife Conservation Commission.

Florida’s bear population stands at slightly above 4,000, the release says.

“An increased number of bears looking for food in areas where people live and work can potentially lead to more conflicts,” Nick Wiley, the commission’s executive director, wrote in the release.

The commission is accepting proposals from local governments for programs that can measurably reduce human-bear interaction to receive state funding, the release says.

The proposed programs must be committed to educating people about bears, avoiding them and keeping communities safe. The $825,000 being offered comes from a $500,000 investment from Gov. Rick Scott and the Florida Legislature, and $325,000 from the Fish and Wildlife Foundation of Florida, according to the release.

The primary issue with bears in neighborhoods is that they can live off human garbage, but without the reward of food, they will quickly move along, Telasco said. The chances of an attack are unlikely, he added, with only 15 bear-related injuries in the history of the state.

“I think we can live with bears without conflict,” he said. “We know it works. We just have to make sure we’re doing the right things to make that happen.”

Bears can now be found throughout North, Central and South Florida, even in busy suburbs, Telasco said, but “really, where we see large areas of forest, you’re going to have bears.”

In the case of coming face-to-face with a bear, people should remember that the animals are the ones more afraid of the interaction, but they’re still wild and powerful, he said.

To keep bears away from homes and neighborhoods, the FWC recommends these tips:

Amalie Batchelder is a reporter for WUFT news, and can be reached at 352-392-6397 or amalie.batchelder@gmail.com.
Previous Known For 1935 Shootout, Marion County’s Ma Barker House Set For Move By Oct. 31
Next Ocala City Council Votes To Consider Suspension of Police Chief Greg Graham