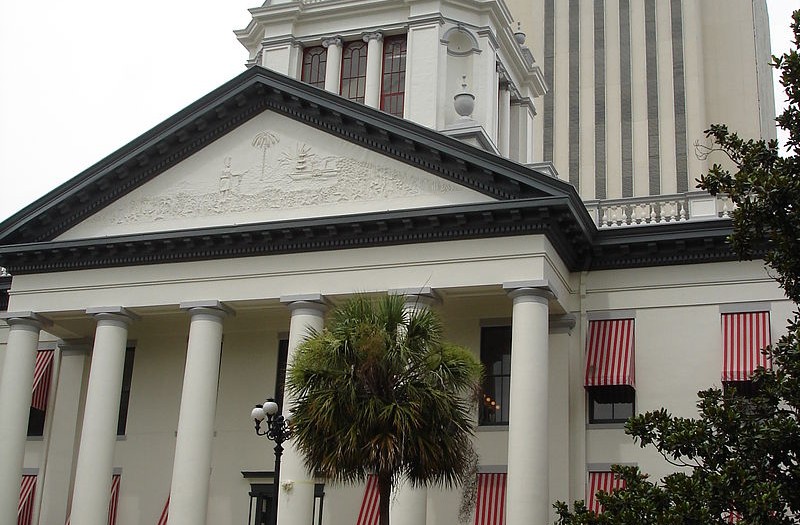 THE CAPITAL, TALLAHASSEE, June 28, 2016 — Starting Friday, clergy who don’t want to marry same-sex couples will have state backing for their beliefs, high school students will have more choice over where they play sports or study, and local governments won’t be able to regulate the use of Styrofoam containers.

Those are among the 159 new laws that will go into effect in Florida on July 1. The laws range from the latest record-setting state budget to a public records exemption for taped, mixed-martial arts bouts.

Lawmakers sent 272 bills to Gov. Rick Scott during the regular legislative session, which ended in March. Scott vetoed three and signed the rest. Of the bills approved by Scott, a handful still require approval from local voters before coming law, 25 won’t be enacted until Oct. 1, and 67 instantly went into effect after the governor signed them.

Here are highlights of the laws taking effect July 1:

HB 5001, which boosts spending on education to the highest level in state history, bankrolls more than $713.5 million worth of education construction projects. The $82 billion fiscal plan also includes $151 million for restoration of the Everglades and an area north of Lake Okeechobee, which lawmakers call “the Northern Everglades.”

The budget, which tops this year’s $78.2 billion record-setting spending plan, also steers money that would otherwise go into the state’s school-funding formula into a plan to hold the line on property taxes. The issue involves part of the school-funding formula known as “required local effort.” Lawmakers have linked the property tax money with a tax cut package that they say puts “tax relief” for the coming year at more than $550 million.

HB 7099, a $129.1 million package, exempts sales taxes on food and drinks sold by veterans’ organizations and phases out, over three years, a sales tax on asphalt used for government projects. The measure also revises how taxes are calculated on alcohol and tobacco sales for cruise ships within Florida waters; on pear cider; and on an excise tax on aviation fuel, which is a discount for most carriers.

For many Floridians, the biggest part of the package will be a sales-tax “holiday” for back-to-school shoppers, which runs from Aug. 5 to Aug. 7.

SB 228, removes aggravated assault from a list of offenses that has been used to sentence people under the 10-20-Life mandatory-minimum sentencing law.

SB 636, requires local law-enforcement agencies to submit sexual-assault evidence kits, known as “rape kits,” to the Florida Department of Law Enforcement within 30 days of the beginning of their investigations, or after being notified by victims or victims’ representatives that they wish the evidence to be tested.

SB 1044, sets a minimum of 70 percent of the proceeds from seized property from an arrested individual to be used on court costs, fines and fees.

SB 1294, increases the age of a child victim or witness who may have his or her testimony videotaped or who may testify by closed circuit television from under 16 years to under18. The law also increases the minimum term of imprisonment — from 5 days in jail to 30 days — for a domestic violence crime when there is intentional bodily harm to another person.

SB 12, the “no wrong door” policy, allows people who need mental-health or substance-abuse treatment to get it no matter how they enter the systems, whether through criminal offenses or personal crises.

HB 221, addresses a controversial health-insurance issue known as “balance billing” that supporters say will help shield patients from getting hit with surprise tabs after going to hospital emergency rooms.

HB 1411, cuts off funding to organizations affiliated with abortion clinics, such as Planned Parenthood. The measure, being challenged in state and federal courts, requires the Agency of Health Care Administration to conduct annual inspections of abortion clinics and review at least half the patient records. The law also requires clinics that provide first-trimester abortions to have written patient-transfer agreements with hospitals. Clinic physicians will also be required to have admitting privileges at hospitals “within a reasonable proximity.”

SB 184, makes clear that former members of the Florida National Guard are eligible for the Florida Veterans’ Hall of Fame. The new law also requires landlords to make decisions within seven days about lease applications by service members, and sets up a task force to consider an online-voting system for overseas military voters.

SB 1202, provides entrance fee discounts at state parks to members of the military, honorably discharged veterans, surviving spouses or parents of either a military member who died in combat or a first responder who died in the line of duty.

SB 7012, ensures that survivors of first responders killed in the line of duty who were members of the Florida Retirement System are eligible for the same benefits as those enrolled in the state’s traditional pension plan.

HB 43, protects churches, clergy members and church employees who object, due to their religious beliefs, to performing wedding ceremonies for gay and lesbian couples.

SB 576, allows Florida Keys Community College in Monroe County to build a dorm with up to 400 beds.

HB 7029, allows parents to transfer their children — through an “open enrollment” process — to any public school in the state that isn’t at capacity, and gives charter schools that serve lower-income students or those with disabilities a bigger slice of construction funding doled out by the state.

The wide-ranging measure also allows private schools to join the Florida High School Athletic Association or other organizations on a sport-by-sport basis and sends additional funds to “emerging pre-eminent” universities, possibly the University of Central Florida and the University of South Florida.

HB 7003, is intended to provide job opportunities and financial independence for people with disabilities.

SB 672, includes programs that provide educational aid and higher-education opportunities to families whose children have developmental disabilities, referred to as “unique abilities” by Senate President Andy Gardiner, R-Orlando. Gardiner, whose son Andrew was born with Down syndrome, pushed for the measure.

HB 111, declares that certain people incapable of caring for themselves may be permanently excluded from jury service.

SB 158, allows people with lifetime fishing or hunting licenses or boater-safety identification cards to have a symbol added to their driver licenses — for a $1 charge — that will display that lifetime status.

HB 427, provides a discount of about 12 percent on annual vessel-registration fees next year for boaters who show they have purchased and registered emergency locator devices.

HB 703, redefines the rule that a boater must operate in a manner that doesn’t endanger “any person” to limiting actions that threaten “another person outside the vessel.” The law also restricts the ability of certain law enforcement officers to stop and search boats, if the vessels display commission safety-inspection decals.

SB 846, authorizes “divers-down flags” to have more than one white diagonal stripe or to be oriented in the same direction.

HB 1051, prohibits overnight anchoring in part of the Middle River in Broward County, Sunset Lake in Miami-Dade County and three parts of Biscayne Bay in Miami-Dade.

HB 989, “Legacy Florida,” a restoration effort, sets aside up to $200 million a year for the Everglades, $50 million annually for springs and $5 million each year for Lake Apopka.

HB 7013, a wide-ranging bill focused on fish and wildlife, increases the fine from $250 to $500 for illegally taking game while trespassing; decreases the penalty for not filing required alligator hunting reports; and specifies that possession of any marine turtle species or hatchling without state or federal approval is a third-degree felony.

HB 7061, increases annual seaport funding from $15 million to $25 million, extends the length of certain semitrailers allowed on public roads, and requires a brewery to pay for a requested directional sign.

SB 698, allows the state Division of Alcoholic Beverages and Tobacco to issue alcoholic beverage licenses to the owners of railroad transit stations that are used for passenger service between two or more cities.

HB 381, keeps private the results of the taped matches controlled by the Florida State Boxing Commission before they are publicly aired.

SB 716, establishes the creation of a Florida Holocaust Memorial at the Capitol.

HB 1361, eliminates a required state review of new developments of regional impact if they comport with a local comprehensive plan.

HB 7007, prohibits local governments from making new laws that regulate the use or sale of polystyrene, most commonly known as Styrofoam, by grocery stores and related businesses.

HB 633, adds temporary “food contests” and “cook-offs” hosted by a school, religious group or nonprofit civil or fraternal organization from having to pay a licensing fee or undergo an inspection from the Division of Hotels and Restaurants.

HB 1602, the “Maxwell Erik ‘Max’ Grablin Act,” requires newly installed residential elevators to have a sensor that keeps the lift from moving in the same direction if something is detected in the shaft.

HB 103, allows the use of EBT cards, formally known as food stamps, in fresh-produce markets.

DOWN ON THE FARM