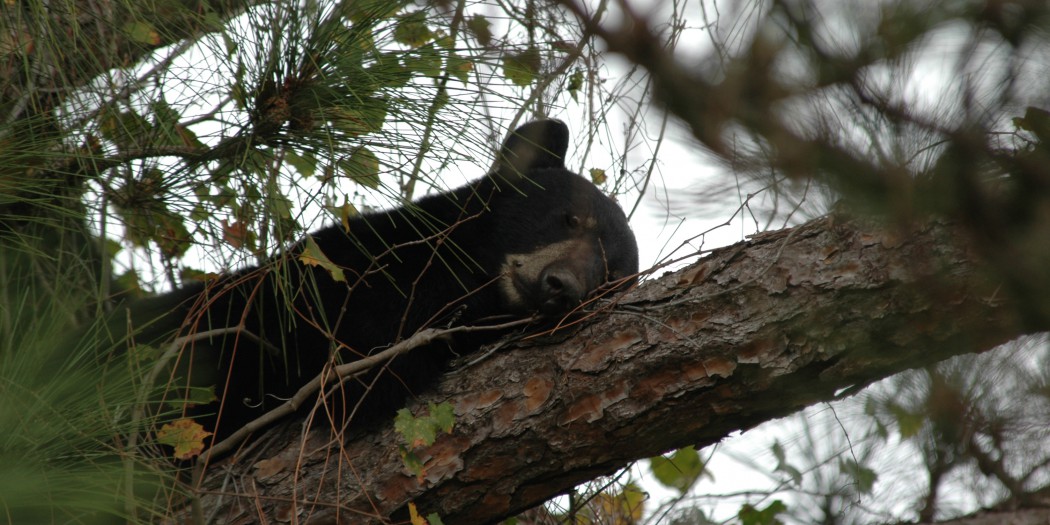 Wildlife officials will use input from an ongoing series of webinars to help make their case about how a black-bear hunt could be held later this year, even as many of the questions posed come from critics.

No hunt has been approved, and the Florida Fish and Wildlife Conservation Commission won’t receive a staff recommendation until just before a meeting June 22 and June 23 in the Franklin County community of Eastpoint.

But during a three-hour webinar Thursday, commission staff members were adamant that a hunt is among the various ways to manage the state’s growing bear population and to reduce human-bear interactions. This week, webinars are scheduled for Tuesday night and Thursday.

“When we look at what FWC and partner agencies and others are doing, we’re throwing everything and the kitchen sink at bears right now,” Dave Telesco, commission bear-management program coordinator, said during the webinar. “We’re doing education. We’re trying for ordinances. We’re trying to get voluntary compliance in securing trash. We’re hunting and we’re moving bears. And so we’re basically trying to do everything that we can to reduce those conflicts and to reduce the risks to public safety.”

Thomas Eason, director of the commission’s habitat and species conservation division, said the agency is still formulating its recommendation, using information from last year’s hunt in which hunters killed 304 bears in two days, and still taking input from different groups.

But he added that the agency can’t just focus on educating people to secure trash and food when left outside and expect bears and humans not to cross paths.

“We’re looking at over 200 bears that are being hit by vehicles, that means people are in those vehicles,” Eason said during the webinar. “Part of the rationale behind the hunt is to help shift mortality away from things where it’s impacting people negatively.”

Harry Dutton, leader of the hunting and game management division, said “for a possible future hunt” officials are looking at the length and time of year for the hunt and limiting the number of permits. Also, they are looking at how check stations are monitored, rules for hunting on wildlife management areas, the prohibition on baiting bears, the use of dogs to track bears and the minimum size of bears that could be killed.

In last year’s hunt, there was a 100-pound minimum as bears under that weight are considered cubs.

The two-day hunt in October was highly controversial and was the state’s first black-bear hunt in more than two decades.

About 600 questions were submitted during last week’s live-chat session, most from a handful of bear-hunt critics, and many were redundant as some participants came in and out during the 150-minute question and answer portion.

The webinar opened with a brief outline on the growth of the bear population in the state, a recap of the 2015 bear hunt, the latest estimates on the numbers of bears in Florida and efforts to reduce incidents involving humans and bears.

The state agency currently estimates, based upon recent surveys, 4,220 bears are in the state, up from 2,640 in 2002. The population growth has been called robust as the estimated bear count was as low as 300 to 500 in the 1970s, when bears were put on the state’s list of threatened species. Bears were removed from the list in 2012.

Local government officials from Seminole, Miami-Dade and Volusia counties have voiced opposition to a repeat of the 2015 hunt.

Critics of bear hunting rattled off questions about issues such as why the state agency doesn’t provide free bear-proof trash cans in areas where nuisance calls are made. Also, they raised questions about whether nuisance bears should be relocated deeper into the wilderness and into less populated areas and if the state agency is “embarrassed about the worldwide media coverage they received last year opposing the hunt?”

“FWC claims that the science is there for a hunt, but that doesn’t mean that a bear hunt should or must take place,” wrote Laura Bevan, a webinar participant and the regional director of the Humane Society of the United States, which opposed last year’s hunt.

A few of the critics added that if another hunt is held, the state should limit bear-hunt permits to Florida residents or simply use professional hunters to manage the population and avoid a “free for all.”

“Why does FWC pander to the small few ‘problem people’ who hate or are intolerant to bears? Why does FWC push so hard for a trophy hunt?” asked webinar participant Lee Day.

Those posing questions that favored hunting bear pushed to allow baiting and to expand the role of dogs in the hunts on certain lands larger than 50,000 acres. Also, they raised ideas about holding the hunt in the spring, excluding from the state’s Sunshine Law the names of permit holders and having the hunt last longer.

This year, Florida lawmakers included $500,000 in the new state budget to reduce human-bear conflicts. A large part of the money is revenue from permits sold for the 2015 hunt. The money doesn’t become available until after the July 1start of the new fiscal year.

The News Service of Florida is a wire service to which WUFT News subscribes.
Previous 16-year-old Drowns In Weeki Wachee River
Next Alachua County School District Receives Donation Of $1.5 Million