When Know Where Coffee opened its doors earlier this month, it also opened the doors to a conversation about third-wave coffee culture.

The new coffee shop adds to the group of independent coffee establishments that compete against chains like Starbucks by offering something different.

Through research and hands-on training, owner Alfonso Guerrero has dedicated the past two years to understanding third-wave coffee culture — a culture dedicated to making coffee more about quality than quantity through different processes such as grinding the beans only after the order has been made.

This style of coffee is different from second-wave coffee, or what is sometimes called the Starbucks model. Second-wave coffee emphasizes bigger quantities at fast speeds, according to Guerrero.

For third-wave style, baristas will measure out and grind the beans exactly for each order. Acidity increases in brewed coffee over time, producing a more bitter taste. Although the third-wave process takes longer, the final product will have a milder taste.

Anthony Rue, owner of Volta Coffee, Tea & Chocolate, said he remembers moving to Gainesville in 1992. At that time, the only place you could buy espresso was at Leonardo’s Pizza by the Slice, which served espresso from a can.

Gainesville was slow to accept third-wave coffee culture when Volta opened in 2008, but now it’s starting to boom, Rue said. He compared it to the rise in popularity of craft beer over cheaper styles.

“I was very much on the vanguard of trying to figure out how to do by-the-cup brewing, espressos and only using fresh, in-season coffee, which pretty much are the hallmarks of third-wave coffee,” Rue said. “I’ve never used the term (third-wave) to describe the shop, but I don’t see where it isn’t an accurate description.”

Rue was one of four people from the United States to serve as a judge in the World Barista Championship in Italy last year. While judging, it’s not unusual for him to drink 20-30 espresso shots a day.

However, not every cafe follows the evolving trend of coffee culture.

“We’re not the coffee shop that’s all about following up-to-date protocol where it’s so extreme,” Wrighton said. “We figure we’re caffeinating people — we should keep it as relaxed as possible.”

Coffee Culture, another Gainesville coffee shop, opened in 2003. Owner Alisa Rowe Kenney said it uses a multi-source blend of coffee as opposed to a single source. Every hot espresso is made at the time of order.

“We’re spaced far apart enough that I try to support the other independents,” Rowe Kenney said. “People might not like my coffee, but please go to an independent. We’re all up against the heavy hitters.”

Caryn Ligon, the manager of Pascal’s Coffehouse, echoed Rowe Kenney’s sentiments. She said she feels the competition in Gainesville is friendly.

Pascal’s, which is close to the University of Florida campus, opened in 2004 and switched to third-wave coffee styles three years ago. The popular java shop also serves as a Christian study center and houses guest speakers and classes.

“We’re invested in the quality, but maybe even more in the atmosphere and the people,” Ligon said.

Coffee is serious business for Rue, but he is still lighthearted about his passion.

“It’s so nerdy,” he said. “I traveled to Colombia just to sit in an auditorium and taste espresso. It doesn’t get much nerdier than that.”

Bradley is a reporter for WUFT News and can be contacted by calling 352-392-6397 or emailing news@wuft.org.
Previous March 31, 2015: Morning News In 90
Next Four Snake Species Added To Restricted List 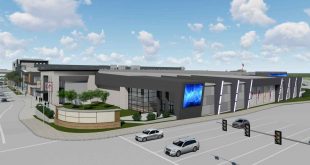 With One School Name Change Down, Gainesville Activists Push To Topple Other Confederate Reminders 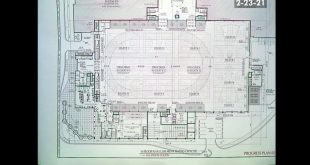