Pictures: March and Rally for Peace

Peaceful Paths, the Hippodrome theater and River Phoenix Center for Peacebuilding partnered for a  Unity Day march and rally on Oct. 5. The march began at 4:30 p.m. on the steps of the Hippodrome State Theater. Attendees were encouraged to wear orange and purple in support of ending bullying. Oebm Bendrah, who works at River Phoenix Center for Peacebuilding, held a sign supporting the Peace Alliance on Sunday, October 5, 2014, in Gainesville, Fla. “We need to create a future that we all desire rather than combat something that we don’t like,” the 68-year-old peace activist said. 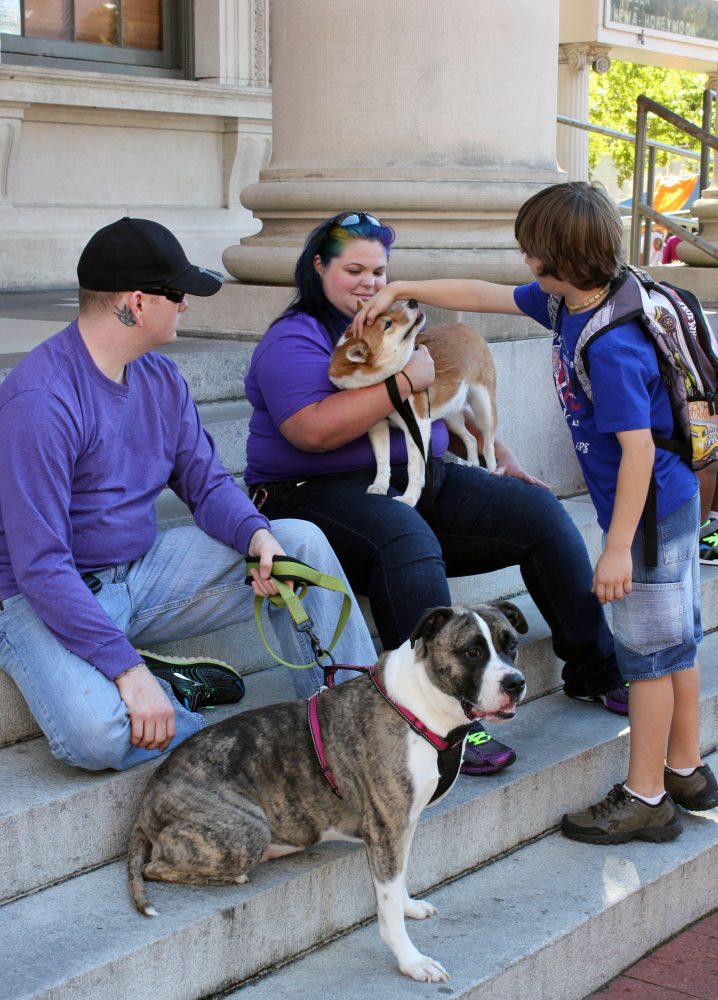 Greg (left) and his fiancee, Alex, an employee at Peaceful Paths (center), wait for the march to start with their dogs Mona and Kami, letting 8-year-old Nimai Daugirdas (right), from Brazil, pet Kami while he waits. The march began at the Hippodrome Theatre in Gainesville, Fla., around 4 p.m. Sunday, October 5, 2014. Chauncy Watson (left), 9, Christian Bradshaw, 12, and Avi Steiner, 7, have their faces painted before the Unity Day March and Rally for Peace on Sunday, October 5, 2014, in Gainesville, Fla. 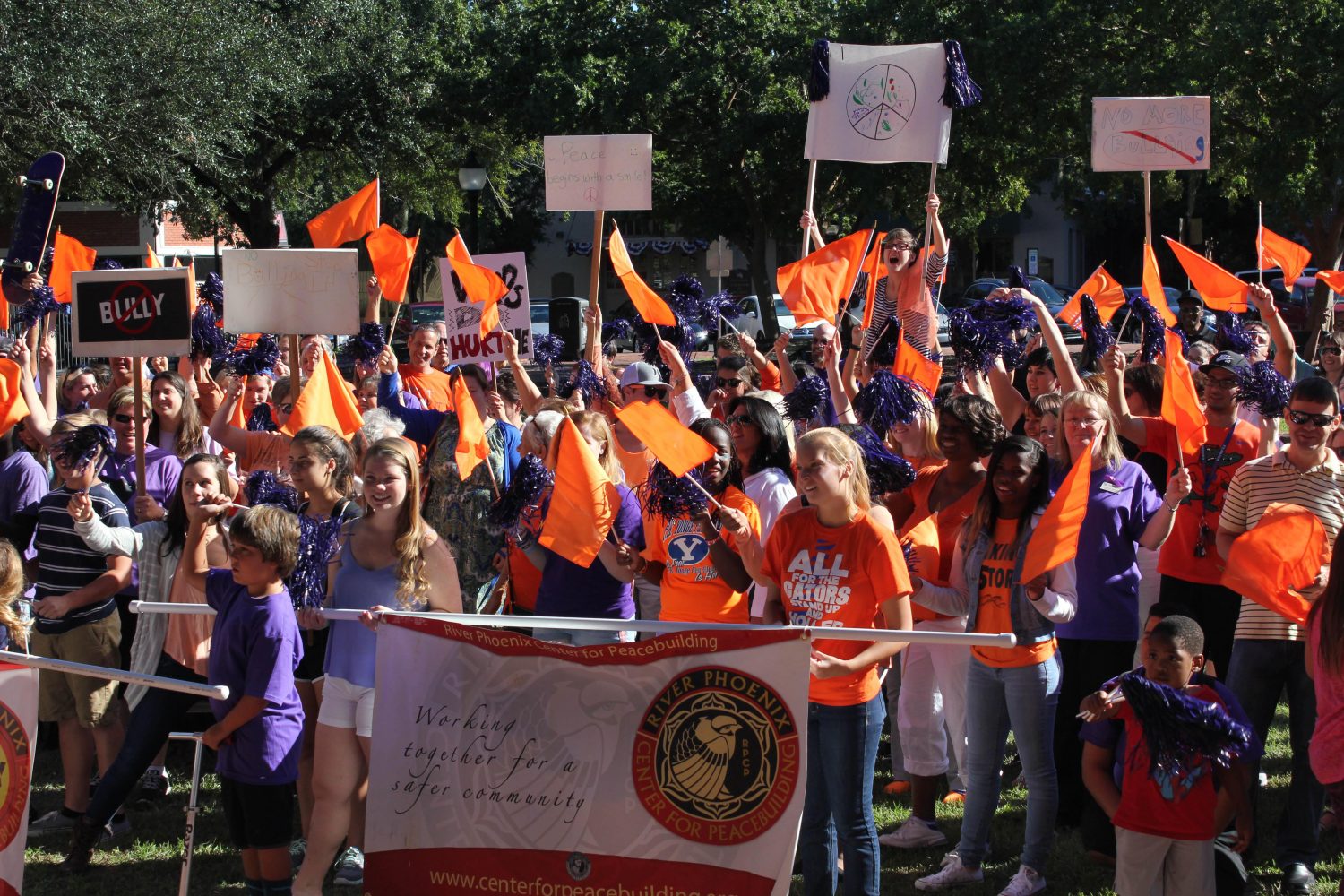 Joy Steiner paints her daughter Layla’s face Sunday, October 5, 2014, before the Unity Day March and Rally for Peace in Gainesville, Fla., which they are attending for the third year. “It’s important to work at the community level for peace-building,” Steiner said. 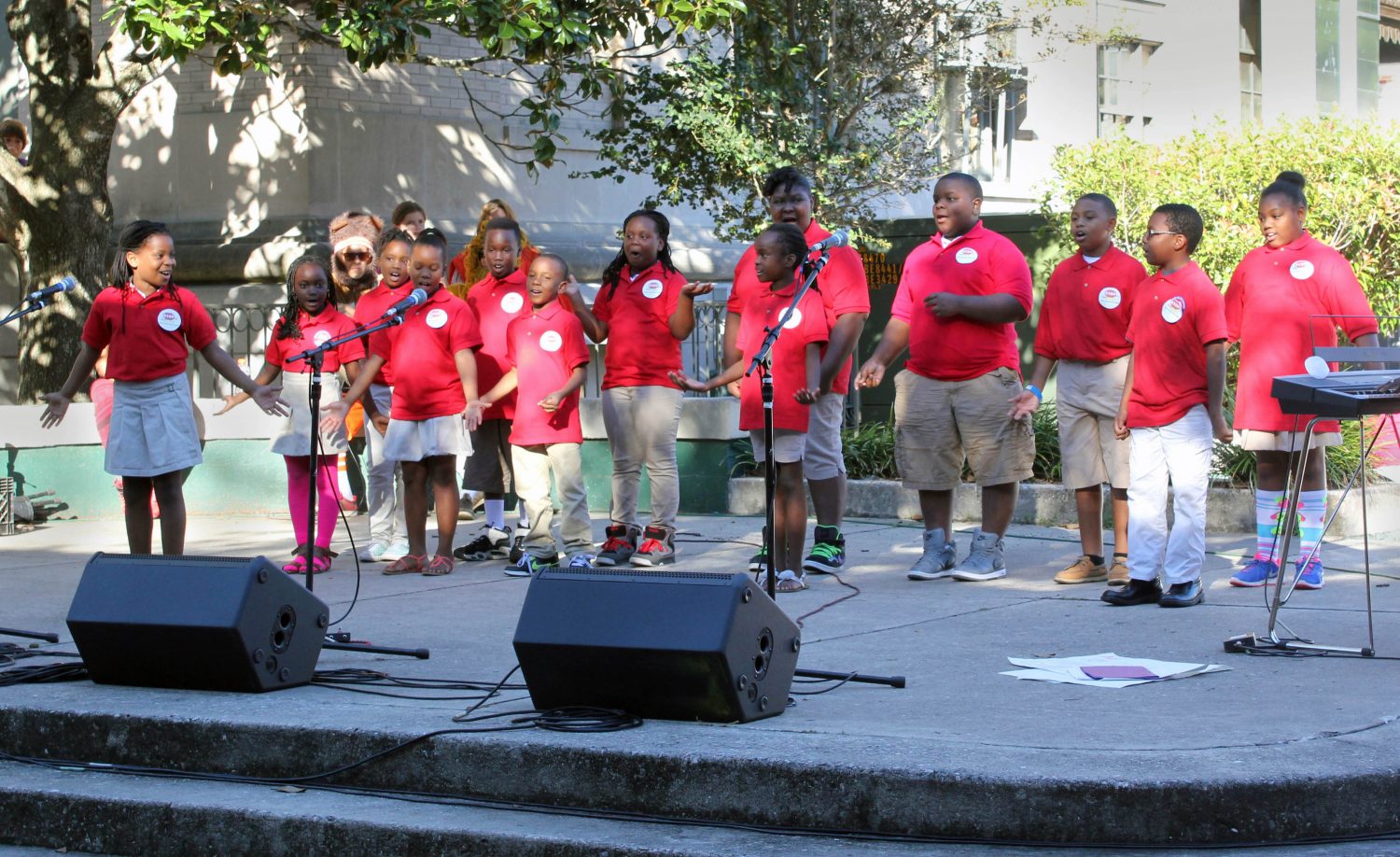 Students from Charles W. Duval Elementary School perform skits and an original song that highlight the seriousness of bullying, especially in schools, on Sunday, October 5, 2014. Performances took place after the March and Rally for Peace in front of Boca Fiesta, on the side of the Hippodrome State Theatre in Gainesville, Fla. Bears and Lions performs their song “Mediocre Kid” after the March and Rally for Peace on Sunday, Oct. 5, 2014, in Gainesville, Fla. They also led the march with a banner that read, “Come together and support students being bullied everywhere.”

Christine is a reporter for WUFT News and can be contacted by calling 352-392-6397 or emailing news@wuft.org.
Previous Major Record Labels Take Bite Out Of Grooveshark
Next Oct. 6th, 2014: Morning News In 90

For the past 13 years, Scott Camil has marked Memorial Day weekend by creating a display of temporary tombstones to honor American soldiers killed in the ongoing Afghanistan and Iraq Wars.