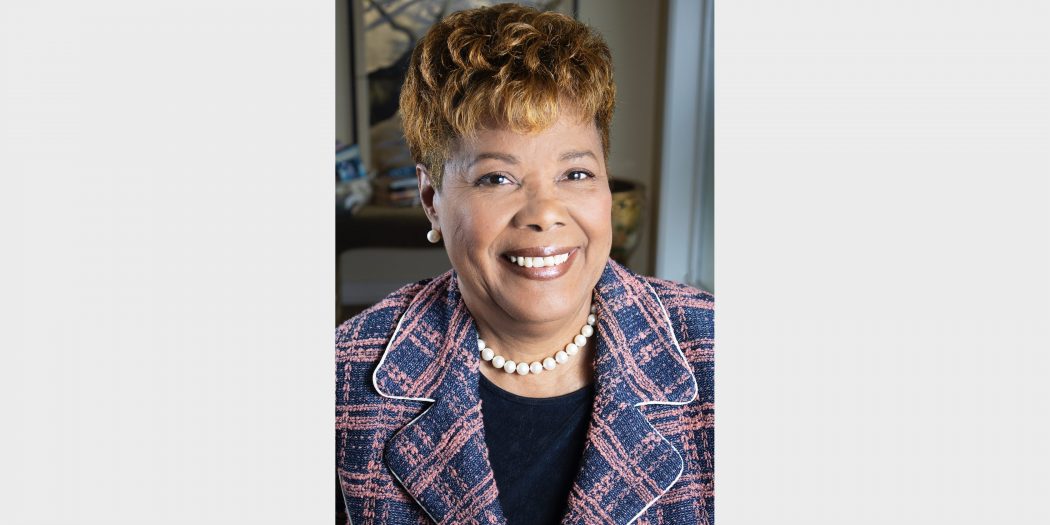 "I tried to talk Commissioner Johnson into staying and rescinding her resignation. When she indicated that she would not, I said, ‘Well, then I must run.’" (Photo courtesy of the Cynthia Chestnut campaign)

In those 34 years, she became the first Black woman mayor of Gainesville, served five terms as a state representative including one term as chairperson of the House Education Committee, eight years on the Alachua County Commission, six years as chairperson of the Alachua County Democratic Party, and, this year, led the formation of the Florida Democratic Black Women’s Consortium.

She spoke with WUFT reporter Katie Hyson about her decision to run and what she hopes to accomplish with the three years remaining in Johnson’s term as an at-large commissioner.

This interview has been edited for clarity.

Can you walk me through your decision to run?

When I heard that the opening was going to occur, I tried to talk Commissioner Johnson into staying and rescinding her resignation. When she indicated that she would not, I said, ‘Well, then I must run.’

We fought long and hard to get diversity on the city commission — we have two African Americans, three Hispanic Americans, and two white men. And I think with that diversity, we want to maintain it. And so I just said it without even thinking, that I had to step forward. It’s my pleasure to step forward to complete her term.

And during the interim, we will find and groom someone to run for the seat to succeed me.

What do you hope to accomplish in that position?

On stabilizing government and restoring confidence

Before I can accomplish anything, there are some things that need to happen:

And in order to do that, we need to move towards getting an interim city manager. I don’t think it’s a good idea to keep the current city manager, who has stepped down on his own, around at this point, because he is in a lame duck situation and nothing can really happen. But we need to get an interim in there as soon as possible.

The second thing we have to do is to restore confidence of the public in the city commission itself. So much has happened.

The city commission needs to bond together. And that may happen with a retreat, so that they can decide on mutual goals and objectives. Bring in an outside facilitator. Someone who doesn’t have any skin in the game, but who can really work to help people to to reach that cohesiveness.

On COVID-19 mandates for city employees

One of the issues that is the hot topic at this time of course is COVID and getting the vaccine. We are in a health crisis with COVID. And I agree that we need to get as many people vaccinated as possible, but I think we have to take perhaps a different approach. Maybe a carrot versus a stick approach.

Secondly, I think they should sit down with staff and let staff develop incentives, something that would motivate them to get the vaccine.

And I would suggest a gradual approach, that if you are not going to get vaccine, then let’s look at a weekly test. So that people in your work environment can feel safe that you’ve been tested and that you come out negative. But I think that is important so that you can build the confidence and the camaraderie among the employees.

Maybe build from the mask to the weekly testing to the incentive. But I think that that is something that we need to do, because this is a pandemic. It is serious. And I know that the employees want this resolved as much as we want it resolved.

So we’ve got to find another resolution that works, that involves the employees and brings everybody to the table to resolve it and restore the confidence with our employees.

Are there any specific projects of Commissioner Johnson’s that you hope to bring to completion?

I would say all of her projects. Commissioner Johnson is leaving quite a legacy. She’s leaving big shoes to fill. But she was definitely in touch with the community in terms of racial and equity issues. She was a great collaborator. I fashion myself as a collaborator. And I want to continue that, to work with people.

I believe in bringing everybody to the table and coming up with a mutually developed resolution. But certainly, I look forward to having a conversation with her in the coming days to more closely look at her legacy and the programs she would like continued.

In her resignation, Commissioner Johnson cited an inability to make systemic change because of the majority decisions of the commission and the working environment of city administration.

Do you share those concerns? How would you plan to approach those obstacles?

I think that I’m not sure of all of the obstacles. But I think that much can be resolved when you have mutual respect for each other and you collaborate and you work together. And that is one reason I am a big fan of retreats.

Whether it’s a city government, city employees, church, when people can come together to sit down and decide on mutual goals and objectives and everyone feels that they have some buy-in, that they have been able to share their views, I think you get people to work together. But we need an environment of mutual respect and collaboration. That’s what I want to work towards.

Do you have any other ideas for responding to the staffing shortage after the recent resignations?

The city clerk has rescinded her resignation. So she’s going to stay.

I am quite concerned with the city attorney, I am just very disappointed that she’s leaving. But I think it speaks volumes, that the city attorney would leave this job and leave $60,000 on the table. She’s taking a $60,000 job cut to go to a smaller community with a population of about one quarter the size of this one. So that says a lot. I would be very interested in what she says in her exit interview.

What is the environment or the climate that causes them to want to leave midstream? I think we have to address that. The public wants us to address that. Because the public cannot have confidence in the city commission or in city government until that is addressed.

How would you approach GRU’s financial dilemma and the calls from residents for lower rates?

I am not an expert on GRU. I am a recipient of their high rates though.

I think one of the challenges facing us is that next year, August 2022, we will really have a new city commission, because three seats will be up and the seat for the mayor will be up as well.

So I think that we need to try to be sure that we can get input from people who are coming onto the commission, rather than making all the decisions beforehand. So I want to go back to the city manager. I would prefer that we have an interview in person. Hire a very top rate recruitment firm and recruit a person but to perhaps not really hire that person until we have the new commission seated.

Katie Hyson is a Report for America Corps Member at WUFT News covering racial and rural inequities in East Gainesville and north central Florida. She can be reached by calling 352-392-6397 or emailing news@wuft.org. Click here to learn how you can support her reporting.
Previous These five people are running to become Gainesville’s next city commissioner in 2021
Next Candidate Q&A with Patrick Ingle, an Uber driver worried about rising rents in Gainesville