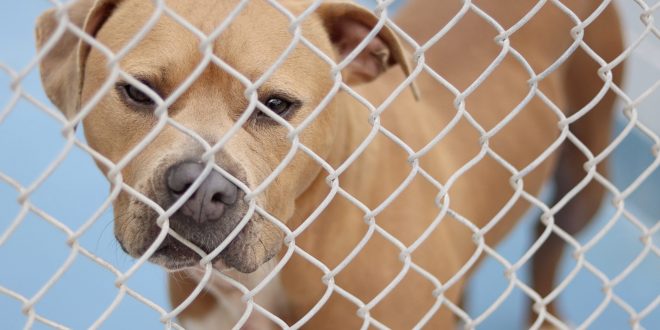 Dunnellon resident Paula Rose left her doberman Abby, at home when she went to watch fireworks for the Fourth of July holiday about 15 years ago. When she returned home that night, the dog was missing.

“The moment I realized, I was frantic,” Rose said.

Abby had jumped through a screen window and then her fence amid the loud booms and thunder of fireworks shows in the area. Rose contacted the police, and the police had already been working to catch a Doberman that was in the median of one of the busy roads in the area.  She drove to the location and was able to reunite with her pet, but many pet owners aren’t as lucky.

“The better outcome for someone’s dog being strayed is for us to find it and bring it to the shelter,” Williams said. “The worst outcome would be for someone’s pet to be hit by a car or worse.”

Animal Services works in efforts to give stray dogs a safe place to stay. The director said the shelter makes efforts to “put the word out there” about the traumatic experience that pets live during these celebrations in order to raise awareness.

“We encourage [owners] to look at it from the pet’s point of view,” Williams said. “It sounds like World War III outside to your pets.”

As people go back to normal routines outside the home, the pets that have become dependent on their owners being home are already stressed. The addition of fireworks makes their anxiety worse.

Angela Shore, administrator of the Gainesville Pet Finder group on Facebook, said 2020 was a great year for pets because more people adopted and stayed home. Since it was founded in 2010, the group has been able to reunite 25,000 pets with their owners, she said.

“This and Jan. 1 are the absolute worst times for pets, and I will spend probably all day the day after trying to reunite pets,” Shore said.

The American Society for the Prevention of Cruelty to Animals (ASPCA) states that pets are so frightened by fireworks that they run off. Pet Amber Alert says animal control officials across the country see a 30% to 60% increase in lost pets between July 4 and 6, which is why July 5 is considered one of the busiest days of the year for animal shelters.

Williams said the best way to avoid any incidents is stay at home with your dog to keep an eye out for any anxiety reactions.

For those who do plan to leave their pet unattended this holiday, experts suggest leaving the pet in their kennel inside a room and playing loud soothing music to help.

Microchipping pets is also a way to assure that you will be able to see your pet again if there is an unfortunate incident. Alachua County Animal Services offers this resource for $10.

Shore offered some other tips for owners including taking pictures of the animals from different angles and painting their toenails to indicate they are owned by someone. She also said to make sure the information with the microchip company is accurate and up to date.

Rose hopes to keep others from having to experience the same thing she did with Abby.

“As long as we have those tents on the corners with big giant signs that say, ‘Fireworks for Sale’, this is never going to stop,” Rose said. “So, we have to be responsible for our pets.”

“If you have a pet, I hope you take it seriously this year,” she said.

Valentina is a reporter for WUFT News who can be reached by calling 352-392-6397 or emailing news@wuft.org.
Previous Elsa Strengthens Into Season’s 1st Hurricane In Caribbean
Next Alachua County Didn’t Reach 70% Vaccination Goal By July 4 Holiday, But Optimism Remains