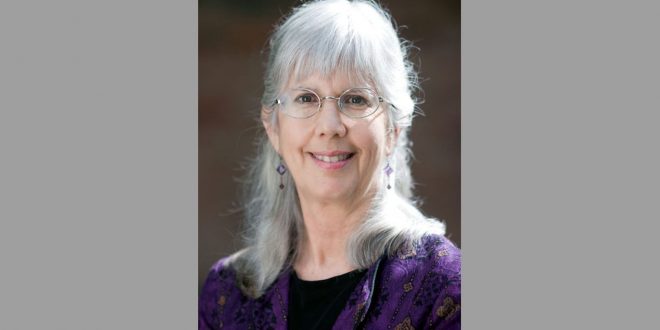 The lawsuit has been filed by the Florida Health Justice Project and the National Health Law Program on behalf of plaintiff Nancy Wright, a Gainesville attorney. (Courtesy of Attorney Nancy Wright)

TALLAHASSEE — Two advocacy groups on Tuesday filed a lawsuit in Leon County circuit court asking that a judge require the state to make available records that show how final decisions are made in Florida’s multibillion-dollar Medicaid program.

Filed by the Florida Health Justice Project and the National Health Law Program on behalf of plaintiff Nancy Wright, a Gainesville attorney, the lawsuit also asks the court to declare that the Agency for Health Care Administration is precluded from charging special fees associated with redacting information from final orders issued by the agency’s Office of Fair Hearings.

Having access to the final orders not only helps attorneys prepare clients for Medicaid appeals, but it makes transparent decisions the state has rendered and helps ensure that rules and laws are being uniformly applied, DeBriere told The News Service of Florida on Tuesday.

“To make those fair hearings decisions publicly available is important for the most basic sense of equity,” she said, adding that accessing the orders allows people to “get down to the nitty gritty of due process.”

The suit was filed after Wright made a public records request with AHCA this year for copies of final orders issued between Jan. 1, 2017, and July 29, 2020, involving disputes over some home- and community-based services for Medicaid beneficiaries.

The agency told Wright she would have to pay $819.75 before she could have access to the 356 final orders. The fees were based on an assumption that it would take nearly 55 hours to redact information from the final orders, according to the suit.

More than 4 million people in Florida are enrolled in Medicaid, which provides health services to poor, elderly and disabled residents. The Florida Department of Children and Families determines whether people qualify for the program.

But AHCA is charged in most cases with determining whether the amount, duration, and scope of benefits provided to Medicaid enrollees comply with state and federal laws.

The majority of Medicaid beneficiaries are required to enroll in managed-care plans. If they have disputes, they must first appeal decisions to the plans. After that, they can take appeals to the Office of Fair Hearings. which issues written final orders settling disputes.

Wright specializes in elder care law and has represented more than 550 Medicaid clients over the past 12 years. She said the state’s refusal to provide Medicaid final orders is one of many policies that keep people in the dark about the program.

“For anybody trying to navigate the Medicaid system, it’s super difficult to get information on programs, on services available and how waiting lists work,” Wright said. “It’s very hard to understand how to navigate these programs.”

The suit alleges that AHCA is violating a state law that has required all agencies since July 1, 2015 to electronically submit copies of final orders to the state Division of Administrative Hearings, where they can be posted on a searchable database.

AHCA did not immediately respond to requests for a comment on the lawsuit.

But according to the suit, AHCA contends it is exempt under part of state law that it says shields Medicaid appeals from rules that apply to other administrative challenges.

The News Service of Florida is a wire service to which WUFT News subscribes.
Previous Meridian Behavioral Healthcare Annual Report Reveals Sharp Rise In Telehealth Treatment
Next You Can Now Fish For Snook In Cedar Key. Why? Climate Change, Most Likely